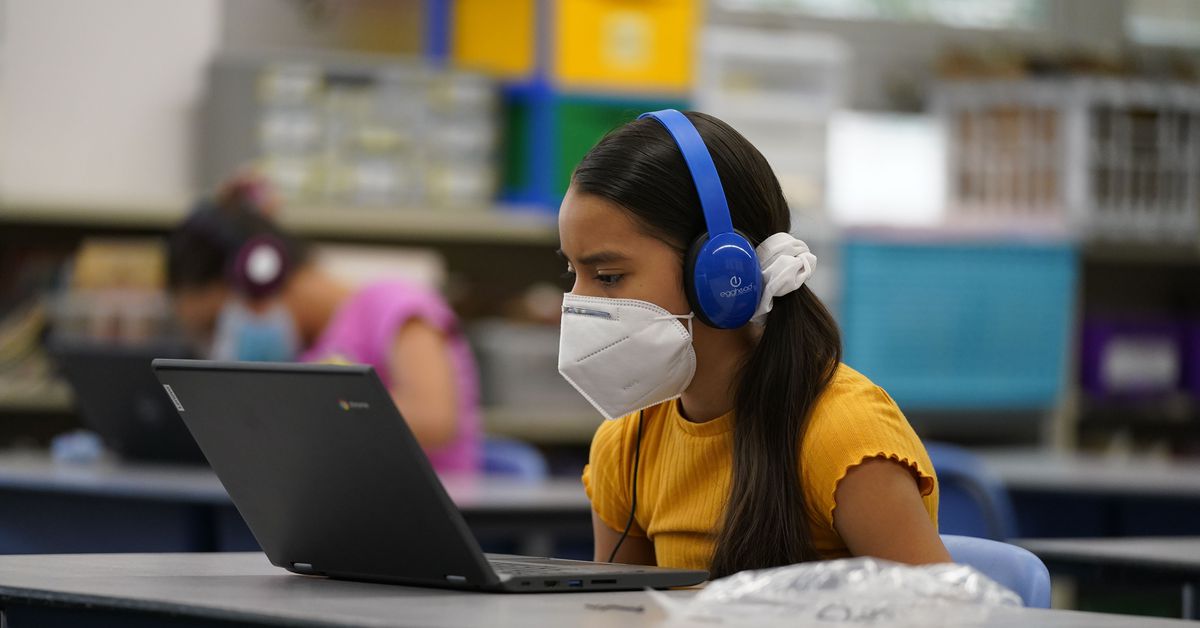 Black and Hispanic families in Denver are more likely than are white families to have chosen virtual learning over in-person learning for the upcoming quarter.

Data provided by Denver Public Schools shows that 22% of white students, 38% of Hispanic students, and 41% of Black students chose to continue to learn remotely rather than return to classrooms.

COVID-19 has disproportionately impacted Black and Hispanic communities in Denver, with both experiencing higher rates of infection, hospitalization, and death than the city’s white population, according to statistics kept by Denver Public Health.

Denver schools are gradually reopening for the first time since March amid rising COVID-19 cases, which the state health department director called a “third wave.” Denver public health officials have said the spike originated on college campuses and has since spread.

Although schools are reopening, the district gave families the choice to continue learning virtually for the entire second quarter, which starts Oct. 21 and ends in late December. While educators point to drawbacks inherent in virtual learning, Denver Public Schools has made efforts to improve it from the spring, requiring several hours per day of real-time online teaching and narrowing the number of apps students use to make it less confusing.

Still, educators worry whether it’s enough to reach all students — or whether some of the challenges presented by online learning will exacerbate learning losses.

“It is such a difficult and unusual time for all of our students, and particularly for our students who live in neighborhoods that are more heavily impacted by COVID,” Superintendent Susana Cordova said. She added that the district is “committed to honoring and providing quality experiences” for students who choose virtual learning as well as in-person learning.

District data shows 33% of all students opted for virtual learning in the second quarter. Students who didn’t make a choice were placed in virtual learning by default. Factoring them in, 37% of the district’s approximately 92,000 students will continue learning online through December.

But the data shows disparities by race, age, school, and neighborhood.

‘The most important thing’

But also, many middle and high schools decided to stick with virtual teaching even after buildings reopen due district limits on the number of students who can interact with a single teacher — potentially making the in-person option less appealing to students and families. On Tuesday, the district announced it would delay reopening middle and high school buildings for several more weeks in the face of rising COVID cases.

The disparities by race are even starker. A Chalkbeat analysis of Denver Public Schools data shows that the more Black and Hispanic students a school has, the higher its percentage of students who chose virtual learning.

Disparities are evident in other school districts, too. In the suburban Cherry Creek School District, 12% of white students opted for online learning, as did 23% of Hispanic students and 31% of Black students. Students of color are also overrepresented among those who chose to remain in remote learning in suburban Jeffco Public Schools.

Several national surveys have also found that parents of color have more concerns about sending their children back to school. In a recent poll by the National Parents Union, a strong majority of Black and Hispanic respondents said schools should prioritize improving remote learning over returning students to the classroom, while white parents were evenly split.

Dina Puente has two daughters who attend Denver Public Schools. She’s opting to keep them learning virtually at home. Some of Puente’s family had COVID-19 in the spring, and her husband was hospitalized and lost his job in the construction industry. She said doctors warned the family that even though they were already exposed, they could get it again.

Puente said her daughters, ages 12 and 15, aren’t happy with the decision to stay home.

“They want to go back to school. They want normality,” Puente said. “That’s not going to happen.” She said she’s tried to explain that school won’t be like it was before COVID — that even if they went back, they wouldn’t be able to see all of their friends or teachers.

And then there’s Puente’s biggest fear: She has some risk factors. If something more catastrophic were to happen to her or her husband, who would raise their daughters?

“Right now, this is the most important thing I can do for us,” Puente said of her decision.

Both Puente and Cooks, whose grandchildren will continue remote learning, live in far northeast Denver. That region, along with southwest Denver, has seen higher rates of COVID-19 among children ages 5 to 18 than anywhere else in the city, public health data shows.

Chalkbeat requested data from Denver Public Schools on how many students at each district-run school chose virtual learning and how many chose in-person learning. The data does not include independently run charter schools, which account for a quarter of all Denver schools and are largely making their own decisions about when and how to reopen school buildings.

Among elementary schools, Barnum Elementary in southwest Denver has the highest percentage of students opting for virtual learning: 55%. Nearly all students at Barnum are Hispanic, and Principal Beth Vinson cited high COVID-19 hospitalization rates in the Hispanic community as one reason many of her families are staying home.

“We know in Denver, the Hispanic population is 30% [of the total population] and over 50% of hospitalizations have been from the Hispanic community, which is scary,” she said.

After Vinson told families their children would have to quarantine at home if a classmate tests positive, she said more families switched their preference to virtual learning. Vinson said it also helped that teachers will be livestreaming in-person lessons to the virtual learners, allowing students to keep the same teacher they have now.

“Many families mentioned they feel safer learning at home,” she said.

While Antúnez’s second-grade daughter is an independent student who did well in virtual learning, her kindergarten son has difficulty concentrating online. Although she’s wary of the health risks, Antúnez is opting to send them back to school in person.

“I saw my son was falling behind and I said, ‘As a mother, you want your kids to continue learning. You want them to attend class,’” she said. “Online, they were not receiving that kind of education, and I wanted to see those advancements in them.”

There’s another reason, too. Antúnez can’t afford full-price home internet service and has been taking advantage of a $10-a-month deal for low-income families. But the connection isn’t super fast, and it’s even slower with two children on video calls at the same time. Sometimes the calls freeze in the middle of a teacher giving directions. Other times, her daughter will lose an entire homework assignment when she goes to upload it and the connection drops.

“In-person schooling, with all the appropriate measures, to me, it’s better,” Antúnez said.

Yesenia Robles contributed to this story.

Will the Pandemic Lead More Colleges to Offer Credit for MOOCs? Coursera is Pushing for It.

The ‘Enrichment Gap’ Is Widening. Students’ Social-Emotional Development Is at Risk.

Top 10 Diversity and Inclusion Certifications You Can Obtain Online