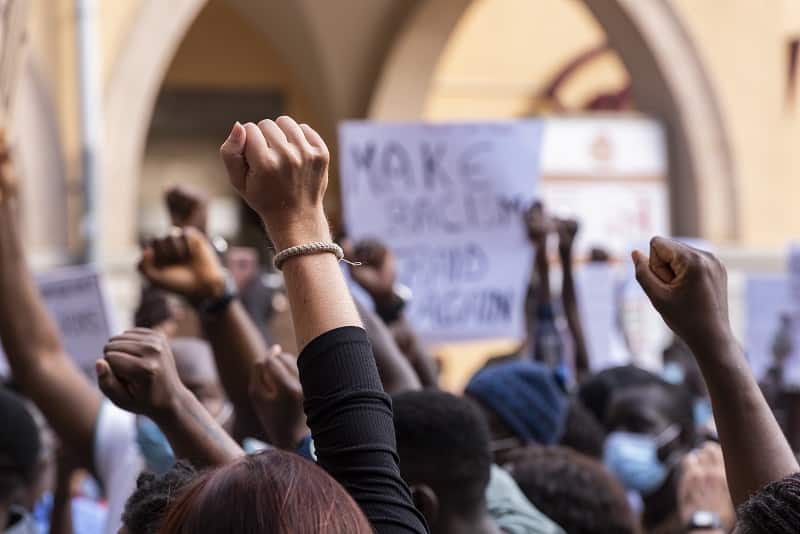 The concept of human rights goes back thousands of years. It comes from the theory of “natural rights,” which are universal rights people deserve based only on the fact they are human. In 1948, our modern understanding of human rights became reality with the adoption of the Universal Declaration of Human Rights. What are the top ten thematic areas of human rights?

The right to work is multi-faceted. It isn’t enough that someone has a job. Many people work, but they’re not paid fairly and/or they’re working in unsafe conditions. Among other things, forced labor and slavery are violations of human rights. Economic rights are about empowering people in their work and protecting them from exploitation. That includes the right to equal pay for equal work and the right to form and join trade unions.

The right to healthcare is a major area of human rights. Without adequate and accessible healthcare, individuals, families, and communities suffer. This affects the economy, as well. In article 25 of the UDHR, pregnant women and children are “entitled to special care and assistance.” Rights like food and clothing are included in the right to a standard of living that’s adequate for a person’s health.

Housing is also included in article 25, so it’s part of an adequate standard of living. How many houseless people there are globally is hard to pin down because of different definitions and research methods, but there are around 150 million. 1.6 billion people are living in “inadequate shelter.” In the UN’s International Covenant on Economic, Social, and Cultural Rights, the right to housing includes security of tenure, access to affordable housing, and protection against forced evictions.

The right to education is explored in Article 26 of the UDHR. Everyone has the right to education, which should be free at least in the elementary grades. Parents also have the right to choose the kind of education their children receive. Higher education, professional education, and technical education should be accessible. This has proven to be a challenge, especially in countries like the United States where higher education is often prohibitively expensive. Education as a right has been a priority for a long time for human rights defenders because it has such a significant impact on the rest of a person’s life.

Women and girls are considered one of the most vulnerable groups in the world. They are at a higher risk of gender-motivated violence and trafficking. Women also face more violations of their right to healthcare and economic rights. Progress in gender equality has been spotty, but overall, it’s improved over the decades. Global gender equality is still many years away, so it remains a priority for human rights activists.

Members of the LGBTQ community face discrimination worldwide. It affects their right to marry, have children, find adequate housing, access healthcare, and more. In some countries, being gay is criminalized. Places like Brunei, Jordan, Malawi, Tonga, and the United Arab Emirates use “cross-dressing” laws to criminalize trans people.

Contained within Articles 18-20, “freedom of thought” also includes freedom of conscience and religion. This means that all people have the right to practice their religion or belief, hold opinions “without interference,” and access information and ideas. People also have the right to freedom of peaceful assembly and association, but no one can be forced to join an association. These rights are often threatened by political suppression and censorship.

In the UDHR, “childhood” is entitled to special care. The Convention on the Rights of the Child expands on these rights. This document describes how family, the fundamental group of society, is entitled to protection and assistance. Children need to grow in a happy, loving, and understanding environment, so they’re prepared to live in society and uphold ideals like peace, tolerance, freedom, and equality. Because of a child’s vulnerability, they need special care and “appropriate legal protection” both before and after birth.

#9. Human rights and the environment

The connection between humanity and the health of the planet has been established for a long time, but categorizing environmental rights as human rights is fairly new. As climate change worsens, its effects on humans are becoming harder to deny. According to the UN, a healthy environment facilitates a host of human rights, such as the right to health, food, sanitation, and water. The scope of laws and studies on the connection between human rights and the environment is growing and will only continue to grow.

What Are Birthing Rights?

What Are Birthing Rights?