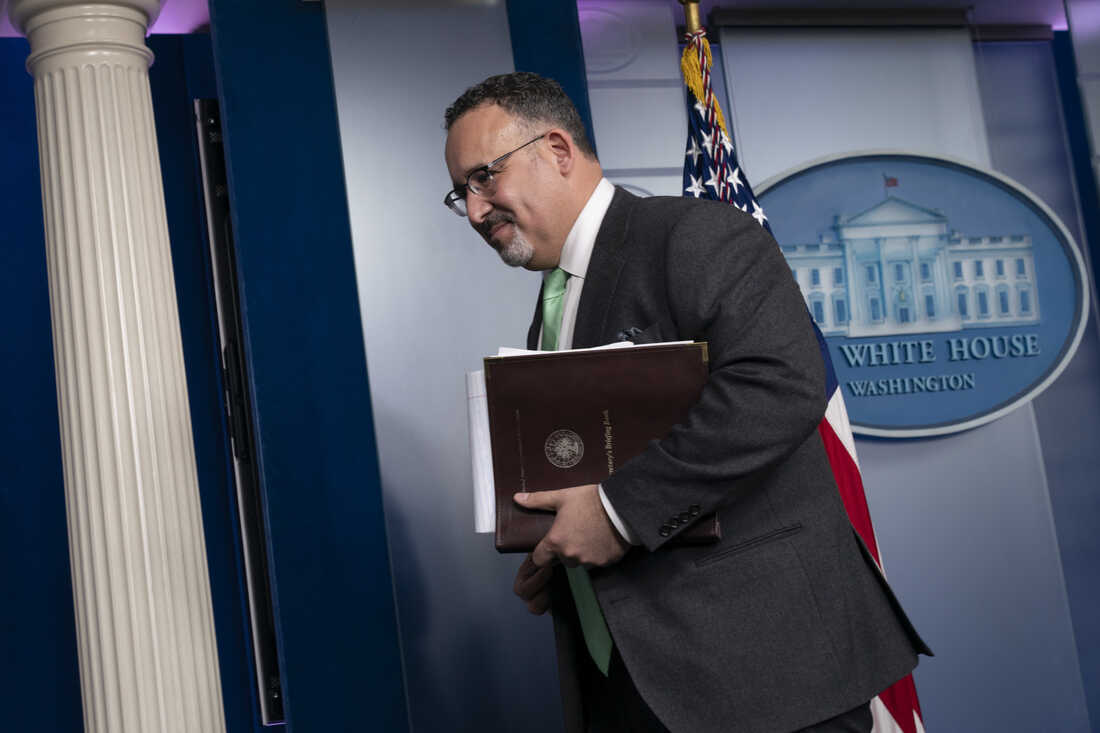 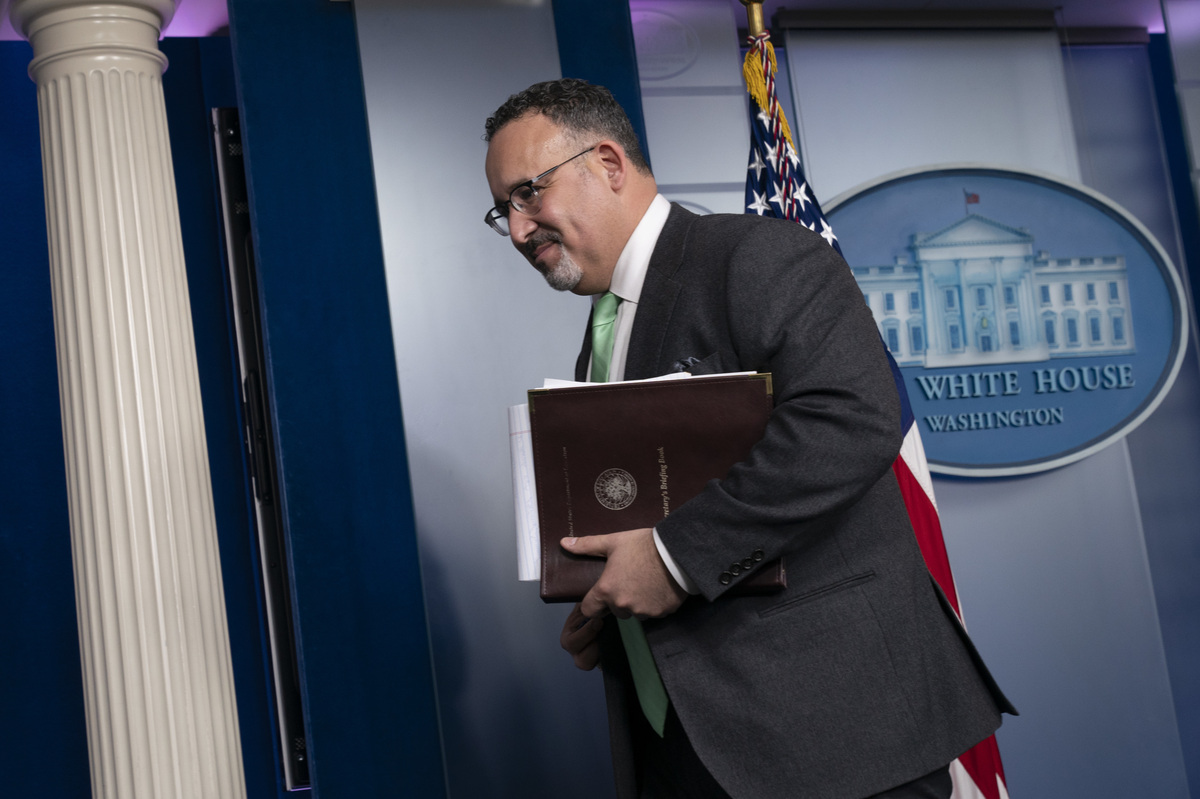 “The best part of fall is welcoming students back for a new school year, and I’m thrilled to be traveling across the Midwest to celebrate the return to safe in-person learning,” Cardona said in a release announcing the tour.

Cardona is not the first education secretary to hit the road welcoming students back to school, but the stakes feel higher now. Children across the country are returning to classrooms, in some cases for the first time in more than a year, and with the delta variant of COVID-19 still ravaging many communities and no vaccine yet for kids younger than 12, many families feel as uncomfortable as ever with the idea of sending their kids to school.

The data offer cause for both alarm and comfort. According to the American Academy of Pediatrics, as of Sept. 9, nearly 5.3 million children have tested positive for COVID-19 since the pandemic began, but nearly 500,000 of those cases have come in just the past two weeks, as kids returned to classrooms, sometimes with unmasked classmates. If there is good news in these numbers, it’s that, according to the AAP, severe illness and hospitalization remain uncommon, and deaths are rarer still — just “0.00%-0.03[%] of all child COVID-19 cases.”

So Cardona’s job is two-fold: to use his bully pulpit to push schools and, in some cases, state leaders to adopt the kinds of strong safety measures recommended by the Centers for Disease Control and Prevention, and to reassure anxious parents, caregivers and educators that, with those measures in place, kids can — and should — return to school.

“The return to school this year is more special than ever,” Cardona said, “after many of our nation’s students have been disconnected from their peers, educators, classrooms, school communities and learning routines for over a year.”

Each stop of the five-state, Midwestern tour will have its own theme. A Wednesday event in Kendallville, Ind., will focus on adult education and literacy while, in Lansing, Mich., Cardona will highlight the administration’s efforts to improve access to early childhood education.

At every stop, Cardona will almost certainly talk up the enormous infusion of federal funding schools have received since the pandemic began, including in the American Rescue Plan, which carried a roughly $122 billion lifeline to help schools pay for everything from improved ventilation and extra staffing to summer school and tutoring for children to recover some of the learning time they may have lost during the pandemic.

Cardona’s pitch will likely balance this kind of informed optimism with the occasional burst of political pugilism. Fights over masking and vaccinating students have roiled many districts, and Biden’s education secretary has repeatedly thrown punches in the name of public health.

When several states banned schools from requiring that students wear masks, the secretary announced his department would investigate them for potentially violating the civil rights of students with disabilities. When Florida withheld the salaries of some school officials who defied the state’s mask mandate ban, Cardona unveiled a grant to cover the costs.

The tour wraps up on Friday with a school visit in Canton, Mich., outside Detroit.