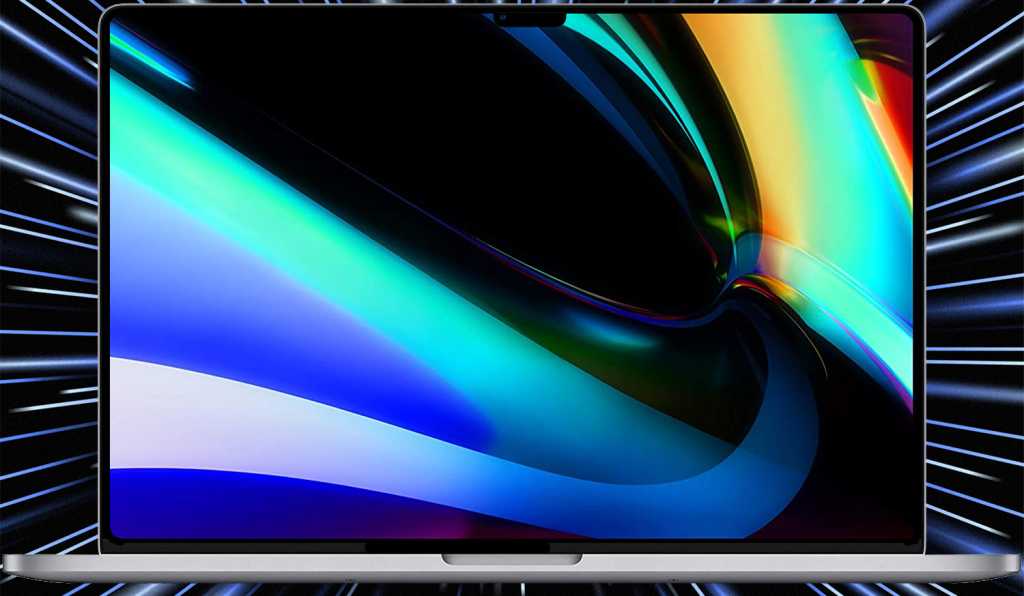 With the countdown to Apple’s “Unleashed” event ticking closer to kickoff, the rumors about the next MacBook Pro are still trickling in. And this latest one could give us a clue about how thin the bezels around the display will be.

We’ve been hearing for months that Apple is going to released two sizes of MacBook—14-inch and 16-inch—with a new design that trims the bezels and dramatically decreases the overall size of the enclosure. But a new rumor suggests that the screen will be even closer to the edge than we thought—so much so that it will require a notch for the front camera. Twitter user DuanRui, who reposts seemingly credible rumors from Chinese social media accounts, has posted an image of a screen display component with a camera cutout clearly at the top.

If Apple adds a notch to the MacBook Pro, it would be the first time Apple used a camera cutout on a device that isn’t an iPhone. While the iPad has a similar-style Liquid Retina display to the iPhone, the bezels around the screen are large enough to fit the TrueDepth camera array.

While it’s sure to be a polarizing visual feature, the rumor of a notch doesn’t necessarily mean the MacBook will have the same camera array as the iPhone. In fact, rumors still insist that the MacBook Pro won’t have a Face ID sensor and will still rely on Touch ID for biometric authentication.

So why would Apple move to a notch on the MacBook Pro? Most likely the reason would be because the bezels around the display would be too thin to house the front camera. The current 13-inch MacBook Pro’s top bezel is roughly a half-inch, so the need for a notch would represent a significant thinning of the space around the display. Previous rumors have also claimed that the bezels will be too thin to fit the MacBook Pro name below this display.

However, while a notch seems to confirm that the MacBook Pro will have a Liquid Retina display with rounded corners, it doesn’t necessarily mean the notch will be visible to users. Apple could use software to block out the area around the notch to give the appearance of a thicker bezel. The camera array could also pave the way to add a TrueDepth camera and Face ID in a future update.

Apple is expected to unveil the new MacBook Pro alongside a new M1X processor at its Unleashed event Monday at 10 a.m. PT.