The COVID-19 “Vaccination Line”: An Update on State Prioritization Plans 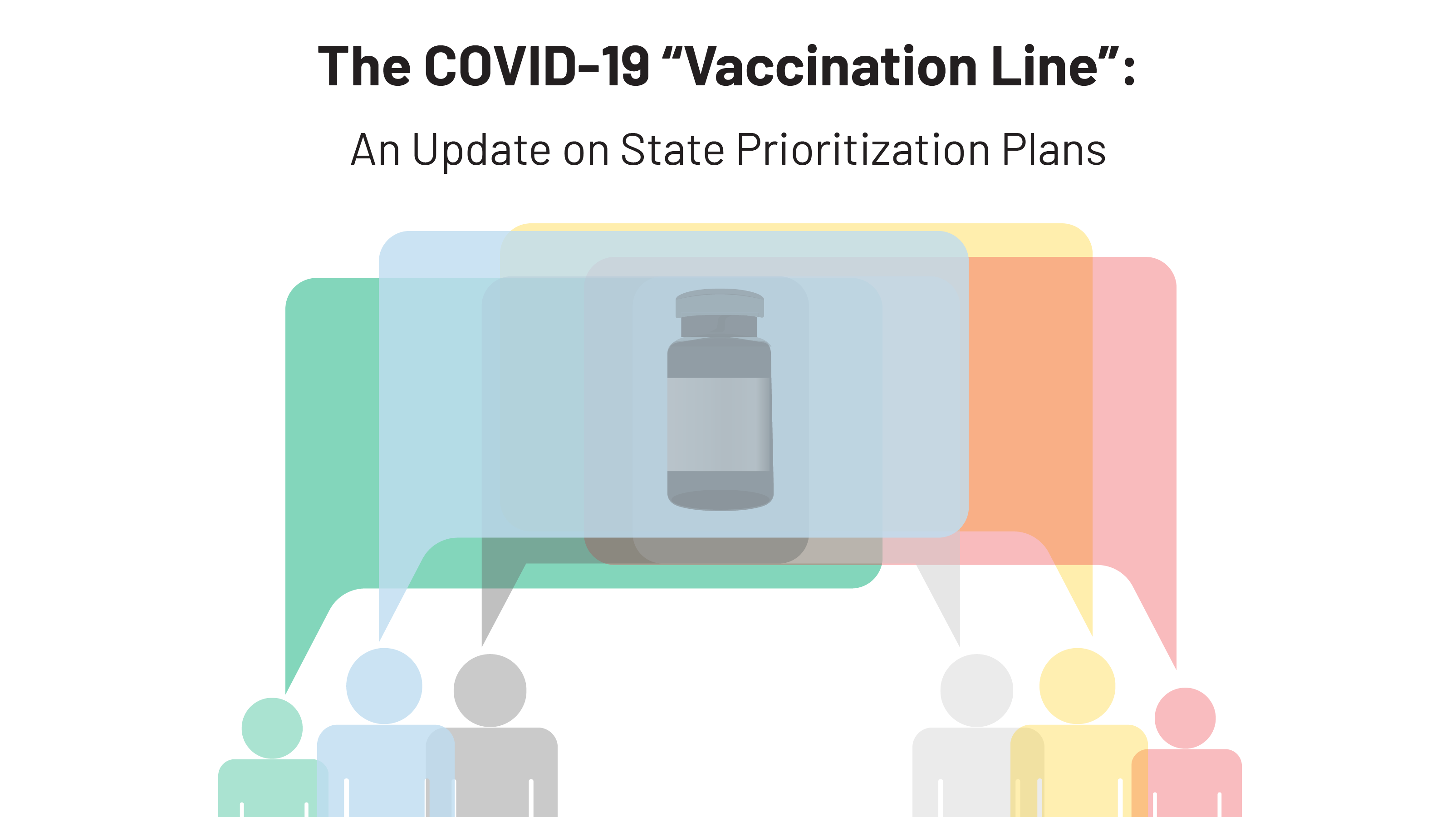 With COVID-19 vaccine rollout already underway, states are still refining their priority groups, making updates based on new guidance, vaccine supply or distribution issues, and other factors. States first outlined preliminary approaches in October, when they released initial draft plans for vaccine distribution. Then, in early December, they further specified the very first groups to be targeted (Phase 1a), based in large part on initial Centers for Disease Control and Prevention (CDC) guidance, as we described here. But all of that was before the first vaccine was even authorized and any doses shipped. Now, there are two authorized vaccines in the U.S. that began to be delivered to states on December 14. Subsequently, the CDC provided additional guidance on the next groups to be vaccinated (Phases 1b and 1c, see Box).

We sought to gauge where states stand on prioritization and how they may differ from the latest CDC Advisory Committee on Immunization Practices (ACIP) recommendations (summarized below). We also identified where states are in their distribution timelines. It is important to note that state guidelines are fluid, with changes still ongoing. In addition, regardless of group prioritization, states are operating on different timelines so even those in the same priority order in different states may receive their vaccinations at different times. Finally, in many jurisdictions, states have further decentralized decisions about timelines to the local level, which has led to varying timelines of access within the same state.

Overall, we find states are increasingly diverging from CDC guidance and from each other, suggesting that access to COVID-19 vaccines in these first months of the U.S. vaccine campaign may depend a great deal on where one lives. In addition, timelines vary significantly across states, regardless of priority group, resulting in a vaccine roll-out labyrinth across the country.

We reviewed the latest information from all 50 states and the District of Columbia.  As of January 11, 2021, here is how they line up with ACIP recommendations and where they are in their vaccination timelines:

We also assessed where states were in their vaccine distribution timeline, almost one month out from when doses were first shipped. Most states (40) are still in Phase 1a overall, or for a subset of counties within the state. 10 states and DC are in Phase 1b.  Only 1 state (Michigan) has moved to at least part of Phase 1c.

Even as many states are following CDC ACIP guidance for determining their COVID-19 vaccine priority groups, more are beginning to diverge from federal guidance and from one another. This is especially true as states look to transition beyond Phase 1a and face the challenges of operationalizing broader COVID-19 vaccination. Most of these divergences involve age, with many states moving to include expanded age groups earlier than recommended by ACIP.

In some cases, states are broadening and simplifying the priority groups. But, in other cases, states are creating new and more complex priority groupings. As with many decisions regarding how best to respond to the pandemic, there are trade-offs here. Identifying specific priority groups may more effectively target a limited supply of vaccines, but also lead to greater difficulty in implementing vaccine distribution plans and make it harder to communicate those plans to the public. Because of these differences, for this next period, a person’s place in the COVID-19 vaccine priority line will increasingly depend on where they live.

Table 1: State COVID-19 Vaccine Prioritization and Phase of Vaccine Distribution, as of January 11, 2021

OPINION: To solve the workforce crisis, America has to invest in child care

This Week in Coronavirus: January 8 to January 14

OPINION: To solve the workforce crisis, America has to invest in child care