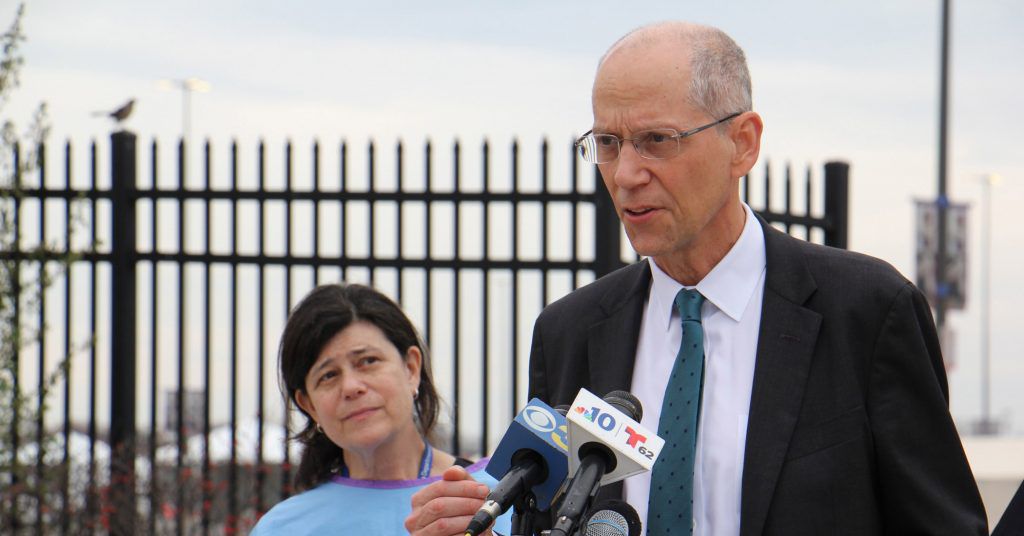 Philadelphia teachers could get the COVID-19 vaccine as soon as February, according to the city’s health commissioner.

Dr. Thomas Farley said Tuesday that while plans have not been finalized, it’s likely that teachers will be listed in the 1B group with frontline workers. These workers are expected to get the vaccine once the city’s health care workers have received it.

“We still haven’t given definition to the category of frontline central workers,” Farley said. “I imagine [teachers] will probably be in there. That group is a large group — there are many people who fall into that category.”

Area hospitals began administering the vaccine last month. The city’s more than 100,000 health care workers, in group 1A, were the first to have access to the vaccine.

Farley said once heath care workers are inoculated, those in the 1B group may receive the vaccine at a combination of pharmacies, health clinics, and physician offices.

The city anticipates beginning to vaccinate the 1B group around February 1, according to Farley. “But it’s a very large group, so it may take months for us to get through that entire group,” he said.

Mayor Jim Kenney said he would like to see teachers get vaccinated as soon as possible. Philadelphia schools have been forced to close since March due to the coronavirus.

“I believe they are central workers, and I think they are even more essential in order for us to get kids back in school and get people back to work,” Kenney said. “That’s more an act of normalcy than we’ve been used to in the last 11 months. Once we get teachers vaccinated, they will feel comfortable going into a classroom setting and getting our kids out of the house and back into school.”

Farley said Tuesday he understands why some would be apprehensive about getting a still-new vaccine, but tried to allay fears — noting risks of contracting the virus. COVID-19 has already killed some 2,500 people in Philadelphia, “so when you balance this out, it’s a lot safer to take the vaccine than to not take the vaccine,” he said.

On Tuesday, an additional 805 people tested positive for COVID-19 in Philadelphia, bringing the total number of confirmed cases to 94,127 since the beginning of the pandemic last year.

A new concern recently emerged in the form of a more contagious variant of the virus, which has been identified in 33 countries and five U.S. states. According to scientists, the new variant is 40-70% more infectious than the current virus.

Asked if he thought schools would open for in-person learning this semester, Farley pointed to some charter and parochial schools that are currently open, but did not elaborate.

“The vaccination will help, but there are other things the schools can do to protect the teachers and the children,” Farley said.

UNHCR outraged at killing of 100 civilians in Niger attacks, hundreds flee on foot

The Pandemic Adds a Lot of Constraints for Schools. That Opens the Door to Creativity.

What is Social Justice in Education?

OPINION: The Biden administration has a real chance to boost early childhood education

The Right to Protest

Another Pandemic Semester Is Underway. Here’s What Students and Profs Learned From the Fall

Flinn Scientific, a flagship provider of science lab materials and safety and STEM solutions for the K-16...