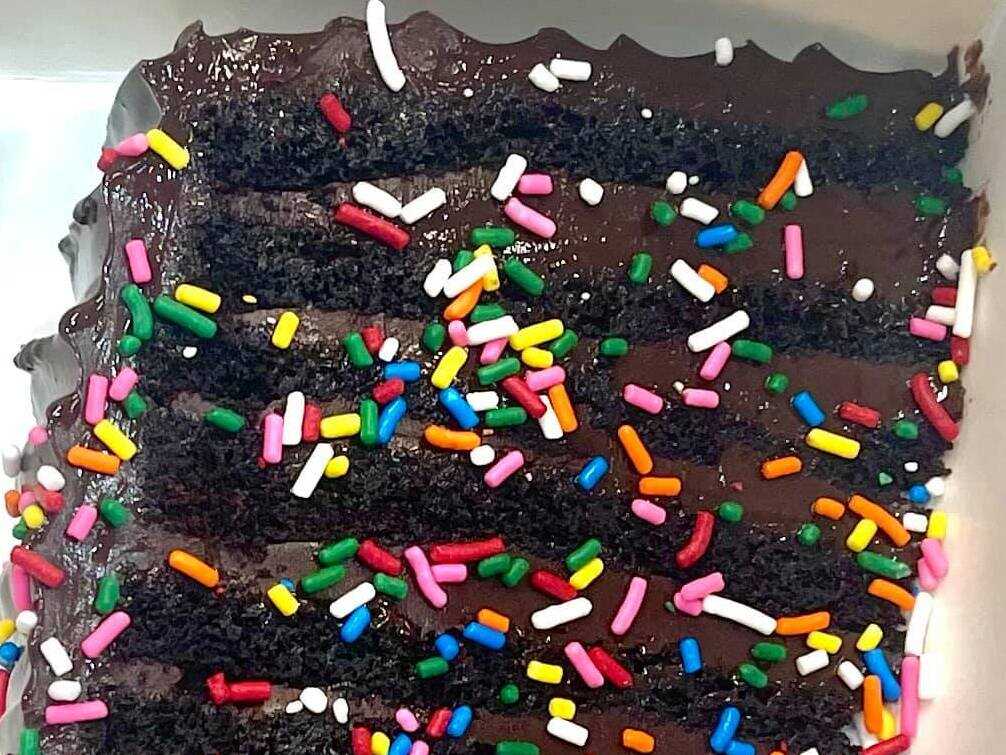 A slice of the 12-layer chocolate cake known as “Bruce” is adorned with colorful sprinkles at the British bakery Get Baked. But regulators say the topping is illegal, as it includes a color additive that is permitted only for other uses. Courtesy of Get Baked hide caption

Courtesy of Get Baked 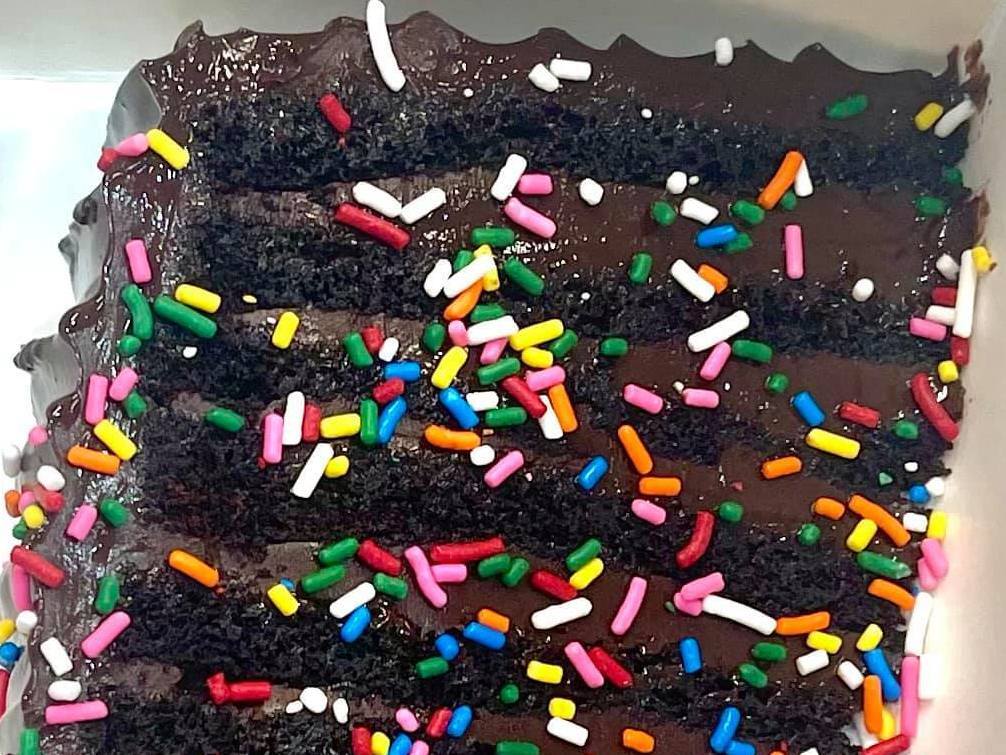 A slice of the 12-layer chocolate cake known as “Bruce” is adorned with colorful sprinkles at the British bakery Get Baked. But regulators say the topping is illegal, as it includes a color additive that is permitted only for other uses.

Courtesy of Get Baked

A British bakery has been forced to pull its top-selling cookies from the market, after regulators informed the owner that the sprinkles are illegal. The U.S.-made sprinkles contain a coloring that’s legal for some uses — but not for sprinkling.

Rich Myers, owner of the Get Baked bakery in Leeds, disclosed the recent setback on Facebook, where his updates on what he calls Sprinklegate have been defined by frank talk and the occasional heartfelt profanity.

He says the decision is a huge deal for his business, and also “very f***ing annoying.”

The baker refuses to use lesser sprinkles

Customers often ask for raspberry glazed donut cookies or a “Birthday Bruce” (a towering slab of 12-layer chocolate cake), Myers said. Both of them prominently feature the outlawed sprinkles.

The donut cookies, Myers added, “are not only our best-selling cookie, but they’re utterly sensational.” But for now, they’re off the menu.

“It is HIGHLY unlikely that we will find any legal sprinkles that we will use as a replacement,” Myers wrote. “British sprinkles just aren’t the same, they’re totally s*** and I hate them.”

He added: “I am extremely passionate about sprinkles.”

Any drop in sales of the Bruce could also hurt Myers’ bottom line: with or without sprinkles, each slice goes for 10 pounds — around $13.75.

The sprinkles contain a regulated additive

Myers says Get Baked got the sprinkles from a wholesaler, who imports them from the U.S. But the West Yorkshire Trading Standards agency deemed them illegal, because they contain a coloring called erythrosine.

In the U.S., it’s labeled as FD&C Red No. 3. The U.S. Food and Drug Administration restricted some uses of Red No. 3 in 1990, citing studies showing that in high doses, the additive was found to cause cancer in lab tests on animals. But the dye is currently allowed in foods in the U.S. — and the Center for Science in the Public Interest has urged the FDA to revoke its approval.

The BBC reports that it also has been linked to hyperactivity in children.

The additive is permitted to be used only in a limited range of products in Britain, mainly cocktail cherries, or to decorate egg shells, according to regulations on the U.K.’s National Archives site. It’s also seen as too risky to be sold directly to consumers.

On Oct. 1, a government inspector was sent round to Get Baked, acting on a tip that flummoxed Myers. An informer had apparently raised the alarm about the forbidden sprinkles.

At the time, the baker believed only that his sprinkles were better; he wasn’t aware they also broke the law.

“I realize how insane this is,” Myers wrote a few days after that visit. “Unfortunately, I am only prepared to use them and no others. If I can’t use them, I won’t use any. I will be on sprinkle strike.”

That initial contact was followed by hopes of a reprieve, as the taboo topping was taken away for testing. But the verdict that came back this week confirmed that the brightly colored sprinkles are indeed banned in the U.K.

“We stand by the advice given and would urge all food business operators, when seeking to use imported foods containing additives, to check that they are permitted for use in the UK,” West Yorkshire Trading Standards said this week, as thousands of tweets took up the saga of #Sprinklegate.

Fans are rallying around the dessert baker

Myers is winning praise both for his mouth-watering treats and his online narration of the saga over the sprinkles.

The intense interest has brought a rush of business and support for Get Baked, but it has also distracted Myers and his team, as journalists descended on his shop. He delayed opening on Thursday, so he could catch up on baking. But he pledged to fulfill all advance orders.

The bakery also recently won praise for waiving delivery fees for all orders to two local hospitals — whether the confections are for staff, patients or families.

“To whoever reported us to Trading Standards,” Myers wrote on Facebook, “all I have to say is, ‘Dear lord, what a sad little life, Jane’ ” — a reference to a contestant’s famous rant on the British reality TV show Come Dine With Me.