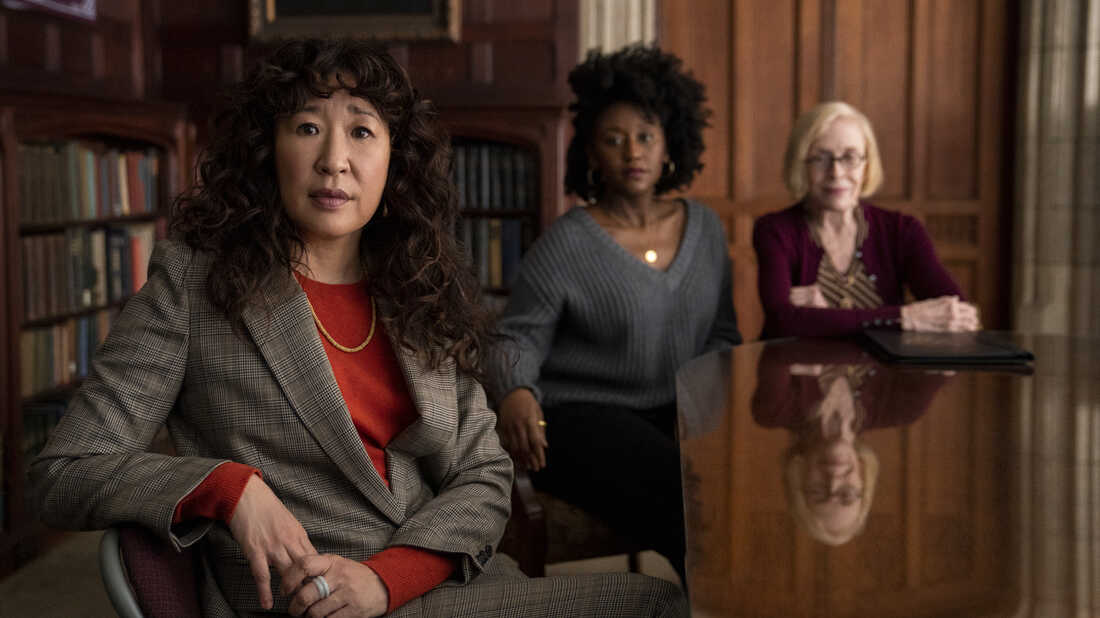 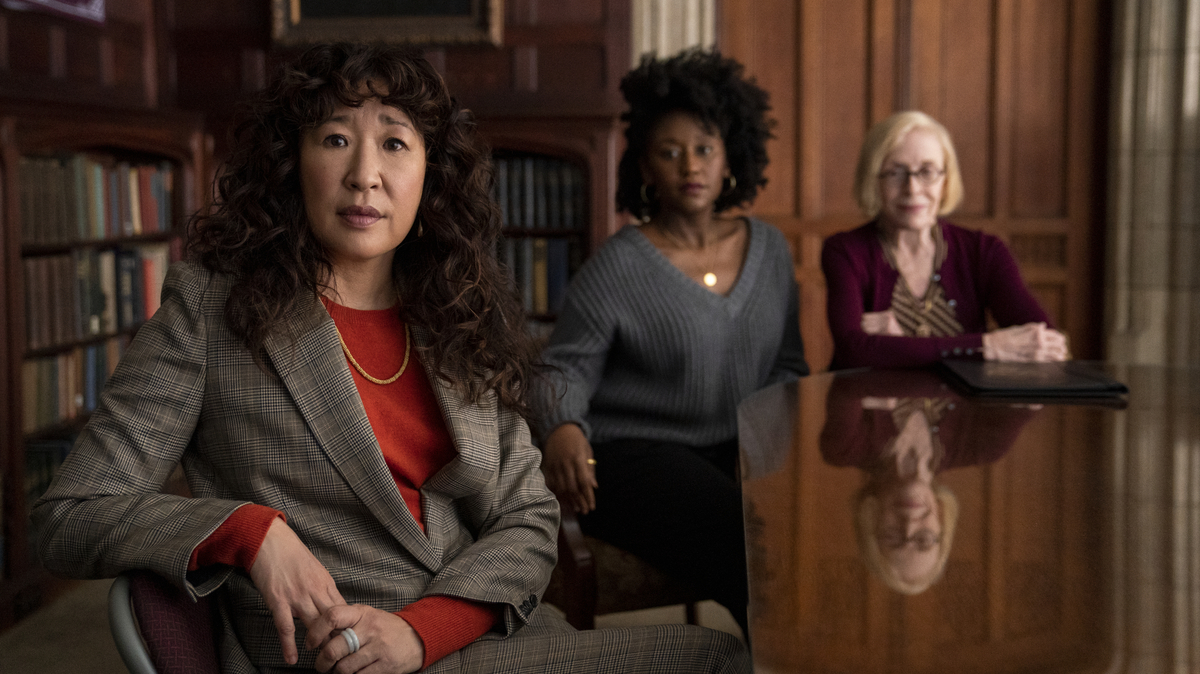 Actor Sandra Oh grew up in a mostly white suburb of Ottawa. Her parents were South Korean immigrants. “I socialized myself to be as comfortable as possible in a white world,” she says.

It wasn’t until she left home for Montreal and Toronto and then, eventually, Los Angeles that she started meeting other artists of color.

Oh came to prominence playing Dr. Cristina Yang on Grey’s Anatomy, but she plays a different kind of doctor in her latest series, The Chair. In it, Oh stars as Ji-Yoon Kim, an English professor who is the first person of color and the first woman to head up her department at a prestigious fictional college.

“The greater themes [in The Chair] of being a woman and a person of color — yeah, I really, really understand that profoundly,” Oh says.

Oh has been breaking barriers throughout her career. In 2019, she became the first actor of Asian descent to host the Golden Globes Awards, and she’s also the first actor of Asian descent to win two Golden Globes. Her most recent Golden Globe win came for Killing Eve, a cat-and-mouse thriller series about an MI6 intelligence agent on the trail of a psychopathic assassin. Oh plays the intelligence officer — which also happens to be the title role.

“When I was first offered the project of Killing Eve, I remember … asking [my agent], ‘I don’t get it, like, who am I playing?’ And my agent was saying, ‘Eve, you’re playing Eve.’ ”

“That was really a significant moment for me for understanding … how profound my internalized racism was,” Oh says. “Why didn’t I naturally think someone would be offering [me the title role]?”

Oh is now on location in the U.K. filming the fourth and final season of Killing Eve. 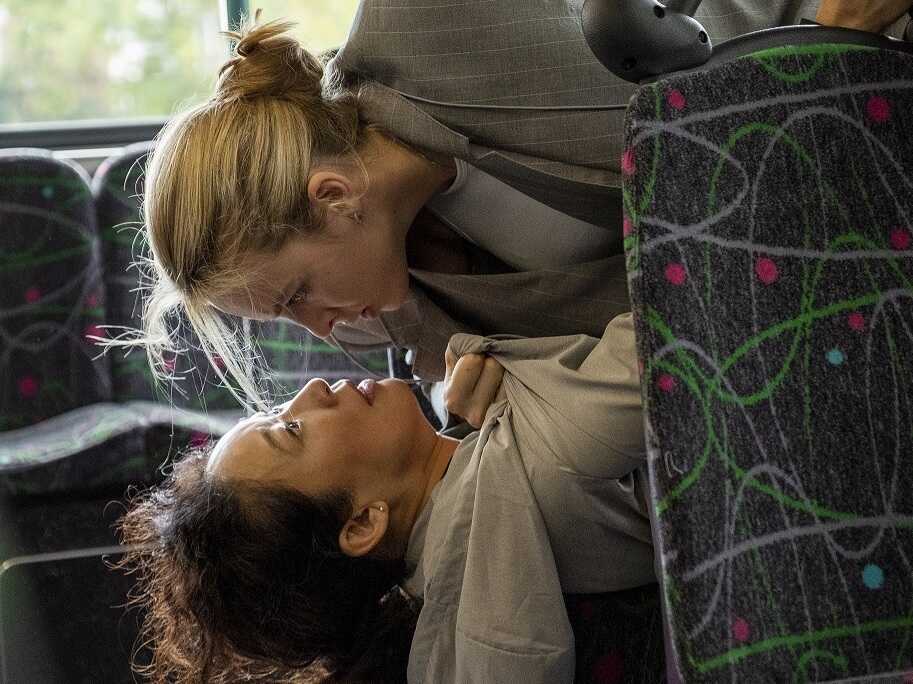 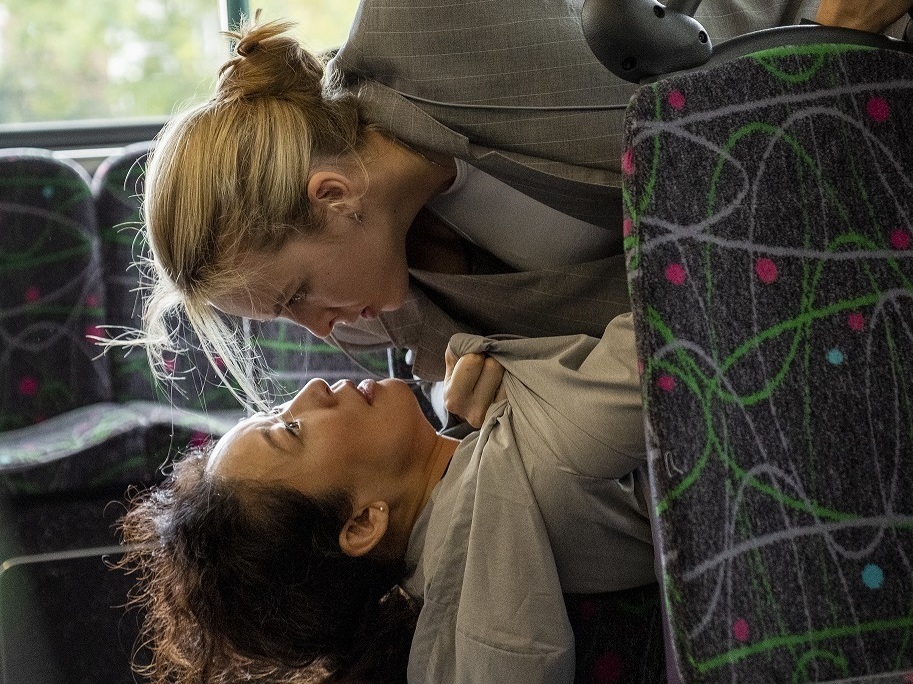 Killing Eve was loosely based on a book called Codename Villanelle, by Luke Jennings, and [the first showrunner] Phoebe [Waller-Bridge] really took aspects of that book, like the characters, and then really honestly put her own spin on things tremendously. … This kind of obsessive, erotic, ambiguous but charged relationship between these two women. I’ll tell you, in the first series, we never talked about it! … Because [Waller-Bridge] was writing it from a place — and I feel like Jodi [Comer] and I were playing it from a place — of just these two women who want something from the other person, and that started creating a charge. I think it really developed from how people kind of received it. And so for me, it’s about a woman wanting and trying to be whole. … For Eve, for me, in an overall kind of arc, you have this everywoman who’s at a kind of plateaued place in her life and she enters into this extraordinary world because of her relationship — a fraught relationship with Villanelle. And for me, in a kind of psychological way, I just wanted to explore how this character of Eve becomes a whole woman, and how she needs this other woman to become whole.

On standing up against anti-Asian hate

Obviously racism runs deep and it’s still going on in a way where people still feel frightened and they’re frightened for their elderly parents and grandparents and they’re frightened for themselves. It’s a tough time. … After the shootings in Atlanta, we were shooting The Chair and I was in Pittsburgh. And for me, I don’t consider myself a big activist. It’s just about the need to connect … I just knew there had to be a march or a rally somewhere in Pittsburgh, there’s a lot of universities there. And so I found one and then I invited the cast and the crew. … But it was an important thing for me to do because I just felt like I needed to connect with the Asian American community. I felt I don’t really know what I had to offer other than to say like, let’s work through this fear that we have, because that’s what will destroy is if we bend to the fear.

On wearing a mask during the COVID-19 pandemic

When you are a known person, wearing a mask is kind of great because people will give you a little bit more [space] before they can figure out who you are. So I’ve relished kind of having pockets of my anonymity back behind a mask. But having said that, what that has raised is that I am clearly an Asian lady wearing a mask, and sometimes wearing a mask where other people are not wearing a mask. … I know that I know that I’m tremendously protected by my good fortune and privilege, but I’m also still an Asian woman.

On being raised Christian and not practicing anymore

Having a spiritual life and having a purpose as a person in society was a very important lesson, very important to [my parents], that you do something good for society and that you have a spiritual life, you have a relationship with God. And I did it my own way. [My parents] couldn’t understand the choices that I made early on. But as time has gone on and they’ve seen the work that I’ve done, I feel like all those things that they taught me, I still try to do in my work.

Lauren Krenzel and Seth Kelley produced and edited the audio of this interview. Bridget Bentz, Molly Seavy-Nesper and Beth Novey adapted it for the web.