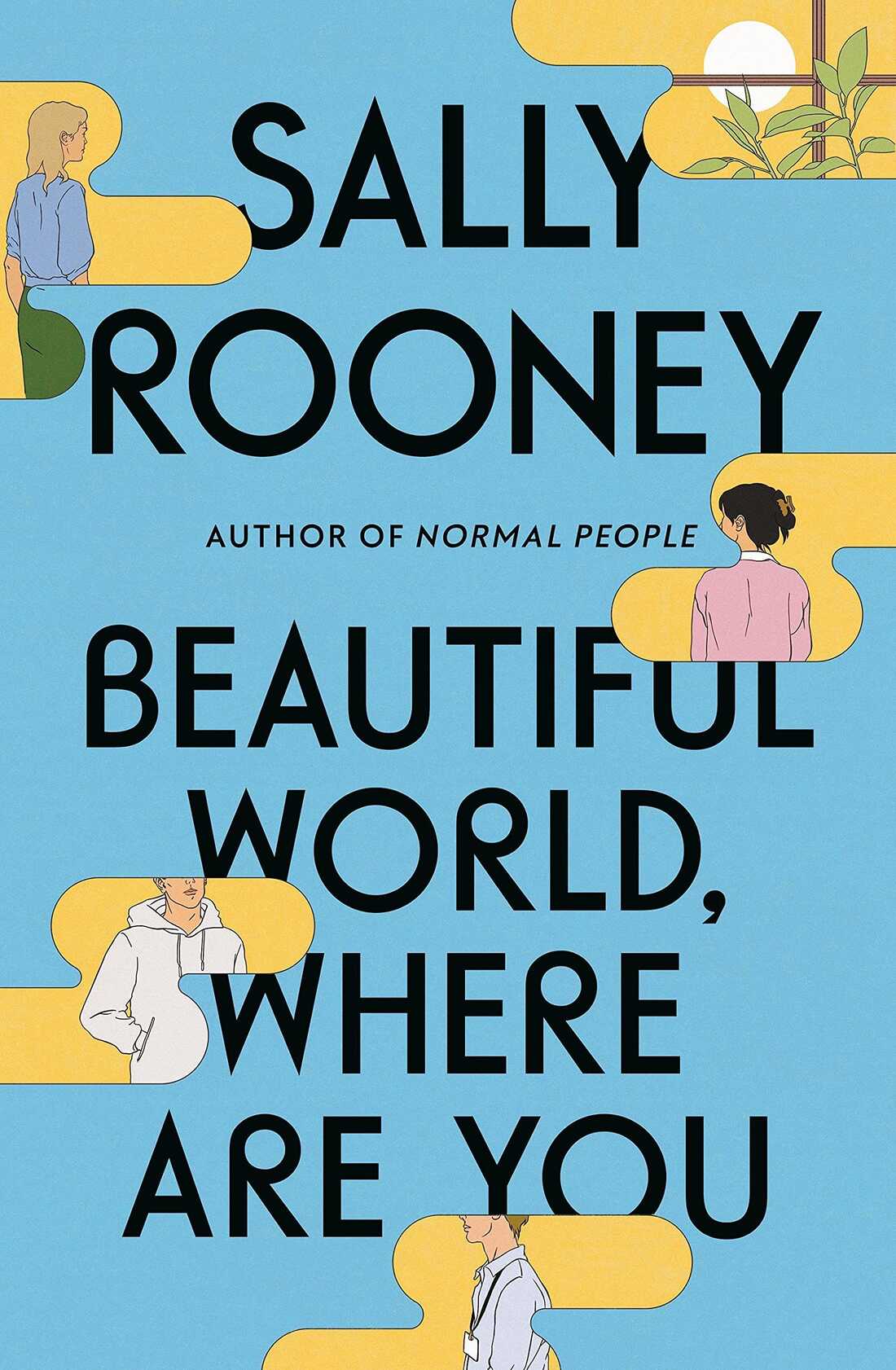 Sally Rooney’s third, exceptionally deft novel in five years takes its title from a line from a poem by Friedrich Schiller, which Schubert set to music in 1819. “Beautiful world, where are you?” is a question her two main female characters, best friends from college now on the cusp of 30, grapple with repeatedly in their struggles to figure out how they should live and find meaning in a troubled world that has become increasingly unviable on multiple levels — ecologically, economically, ethically and emotionally.

It’s also a question that, in various permutations, has come to drive more and more contemporary fiction, including Jenny Offill’s Weather and Ali Smith’s recent seasonal quartet of up-to-the-minute novels. Like Smith, Rooney looks hard for beauty and — reassuringly — manages to find it. That is part of her considerable appeal. But so is the straightforward sincerity with which she writes about class issues, mental health, and see-saw relationships. Her unembellished prose is rich in conversations that are at once plaintive and wry, soul-baring and deflective. In addition, there are Rooney’s now-famous sex scenes, among the most lushly moving you’ll find in contemporary literary fiction.

Her unembellished prose is rich in conversations that are at once plaintive and wry, soul-baring and deflective. In addition, there are Rooney’s now-famous sex scenes, among the most lushly moving you’ll find in contemporary literary fiction.


Beautiful World focuses on four characters — the two best friends and the two men with whom they test tentative new romantic relationships. Alice Kelleher is a wildly successful Irish novelist who, in the wake of a nervous breakdown, has rented an isolated, “chaotically huge” old rectory three hours from Dublin on the outskirts of a coastal town where she knows no one. Felix Brady, a local whom she meets on an inauspicious first date after they connect on Tinder, has made a mess of his life and has landed, unhappily, working at a large shipping warehouse.

Interwoven with their story is that of Eileen Lydon, a hyper-intellectual, ridiculously low-paid editorial assistant at a Dublin literary journal where she spends her days inserting missing periods between W. H. Auden’s initials. Smarting from a painful breakup, she seeks solace in the company of her oldest friend, Simon Costigan, a parliamentary assistant who, over the years, has casually dated a series of much younger women. Simon has been a light in her often-unhappy life since early childhood — and she’s loath to risk losing his devoted friendship for a serious relationship that might go wrong.

Rooney’s characters are smart and deep but also flawed, frequently exasperating, and woefully insecure. Socially challenged and constantly tripped up in the minefields of intimacy, they yearn for connection — including sex — but all too often sabotage even promising relationships.

Beautiful World is more structurally complex and innovative than Conversations with Friends and Normal People — not always effectively — with shifts between cool, detached perspectives and more intimate views of her four characters’ often heated, emotionally charged interactions. At one point, she highlights the stark contrast between Alice and Felix’s lives by alternating between them sentence by sentence as they each go about an ordinary day of work — Alice on a phone call with her agent discussing invitations to literary festivals and universities, Felix scanning and sorting packages at the warehouse.

Before she met Felix, Alice’s main social contact involved meaty email exchanges with Eileen. These philosophical missives about the state of both the planet and contemporary fiction serve as a substantive dialectic at the heart of Beautiful World. “Dear Eileen,” Alice writes early on, “You should know that our correspondence is my way of holding onto life, taking notes on it, and thereby preserving something of my – otherwise almost worthless, or even entirely worthless — existence on this rapidly degenerating planet.”

With social tone-deafness, Alice complains to her struggling best friend about the intrusiveness of success. “I can’t believe I have to tolerate these things—having articles written about me, and seeing my photograph on the internet, and reading comments about myself.” The attention, she writes, “has made me loathe myself to an almost unendurable degree.”

Alice may share many features with her creator, but don’t make the mistake of conflating them. In fact, Rooney is daring us not to, as Alice rails against readers who think they know her from her novels.

What elevates her work is … her uncanny ability to entrance us by capturing the emotional risks, power plays, miscommunications, ups and downs, hard work, and mixed feelings that accompany so much of our undertakings.


Alice’s self-disdain stems partly from the fact that she finds her work “morally and politically worthless” because her books “invest energy in the trivialities of sex and friendship when human civilisation is facing collapse.” Eileen, who also considers herself a failure at 29 because she’s still single and hasn’t done more with her life, pushes back against Alice’s harsh self-criticism. In a wonderful passage, she argues that the fact that people — and contemporary literature like Alice’s — focus on relationships is a sign that “we loved each other too much and found each other too interesting. And I love that about humanity, and in fact it’s the very reason I root for us to survive — because we are stupid about each other.”

Whether or not Rooney actually shares her characters’ reservations about writing will-they-or-won’t-they romantic tragicomedies in a world in which millions are suffering is moot. What elevates her work is not just penetrating discussions like these but her uncanny ability to entrance us by capturing the emotional risks, power plays, miscommunications, ups and downs, hard work, and mixed feelings that accompany so much of our undertakings, including evolving relationships.

Beautiful world, where are you? There’s plenty of evidence of it in great literature like this, which, among other things, celebrates the considerable consolations of love and friendship.