Political groups give over $200,000 to charter-friendly candidates for IPS board 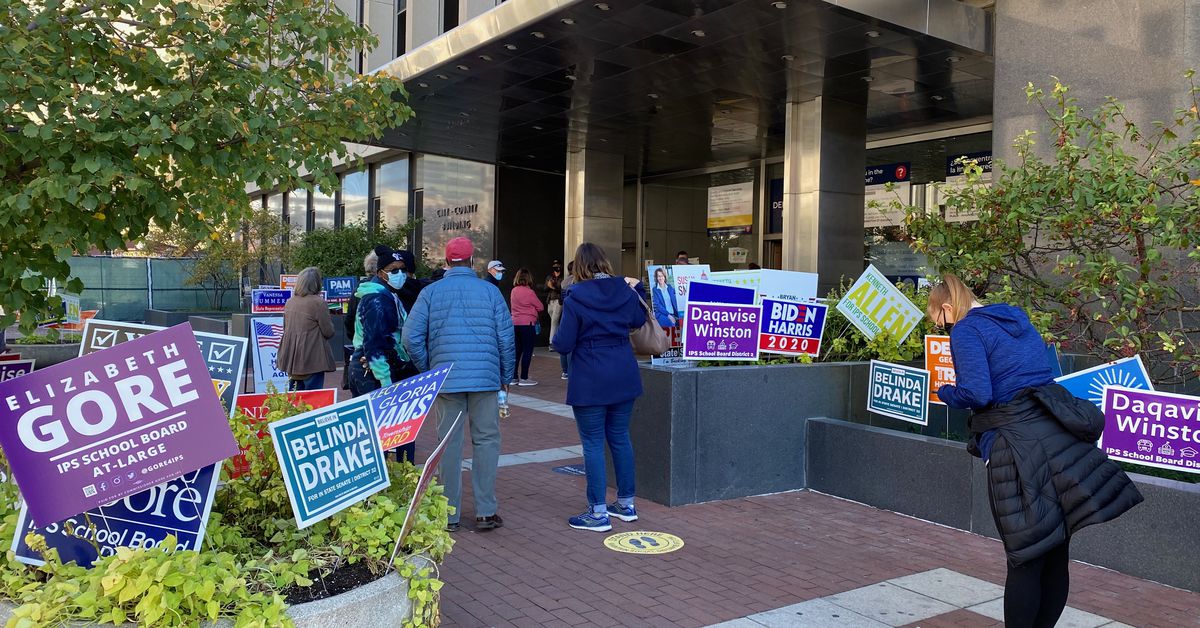 Deep-pocketed political action committees have thrown over $200,000 into four races for Indianapolis Public Schools board seats, helping candidates who support partnerships with charter schools to far out-raise their competitors.

With significant donations from PACs for Stand for Children Indiana, RISE Indy, and the Indy Chamber, District 4 incumbent Diane Arnold, District 1 hopeful Will Pritchard, and at-large challenger Kenneth Allen have each raised between $57,000 and $123,000, according to pre-election campaign finance reports due Friday. The filings include contributions through Oct. 9.

Those school choice-friendly groups also endorsed Venita Moore in the District 2 race. She told Chalkbeat that she missed the filing deadline due to technical problems but plans to file her report Sunday. Disclosures from PACs reported $8,000 in cash contributions to her campaign.

The gulf in fundraising was most apparent in the four-way at-large race. Bolstered by donations from PACs, Allen brought in more than $123,000 — dwarfing the $1,700 raised by Gore. Gore herself, however, has shown that candidates can overcome fundraising deficits. She won the seat in 2016 after raising about $1,200.

Reports were not available for two at-large candidates: Ellis Noto, who said his campaign was not required to file a report because it has not yet received or spent over $500, and Kendra McKnight, who said she was not aware of the reporting requirement.

The outcome of the race will shape the district for years to come because a majority of seats on the seven-member board are up for election. Over the past six years, IPS has been transformed by innovation schools, which are considered part of the district but run by outside managers. In part because teachers at the schools are not unionized, the approach is controversial.

Critics of the district’s approach defeated incumbents to win two board seats in 2018. But the balance of power on the board has remained largely supportive of innovation schools.

The money flowing into this school board race is more transparent compared with recent elections because spending by Stand for Children Indiana will be publicly reported, according to Executive Director Justin Ohlemiller. For the past several years, Stand has led extensive campaigns through an independent expenditure committee, also known as a 501(c)(4), which the government exempts from having to disclose all of its political activity.

This year, Stand is contributing directly to candidates and campaigning for them through a political action committee, which is required to disclose spending. That committee has spent about $49,000 on school board races so far this election, according to the disclosure. That includes cash contributions to candidates and in-kind support, such as phone outreach to voters.

RISE, an education advocacy group formed last year, spent about $243,600, including $105,000 for digital advertising and $55,900 for campaign mailers. Some of that spending went toward other political offices, but at least $100,000 of that was spent on the IPS school board races, according to candidate filings.

The political arm of the Indiana State Teachers Association contributed $11,500 to candidates who are critical of innovation schools, a fraction of the amount the union spent on the 2018 election.

Here are the totals by race:

Kenneth Allen raised $123,000, including two large contributions received after Oct. 9, the close of the window covered by the pre-election report.

Ellis Noto did not file a report.

Kendra McKnight did not file a report.

Will Pritchard raised $64,800, including a large contribution received after Oct. 9, the close of the window covered by the pre-election report.

Venita Moore did not file a report.

Diane Arnold raised $57,300 including a large contribution received after Oct. 9, the close of the window covered by the pre-election report.

Christina Smith raised $12,500, including a $11,000 donation reported by the teachers union. Smith told Chalkbeat she did not include the contribution in her own disclosure because she did not deposit it until after Oct. 9, the end of the reporting period.