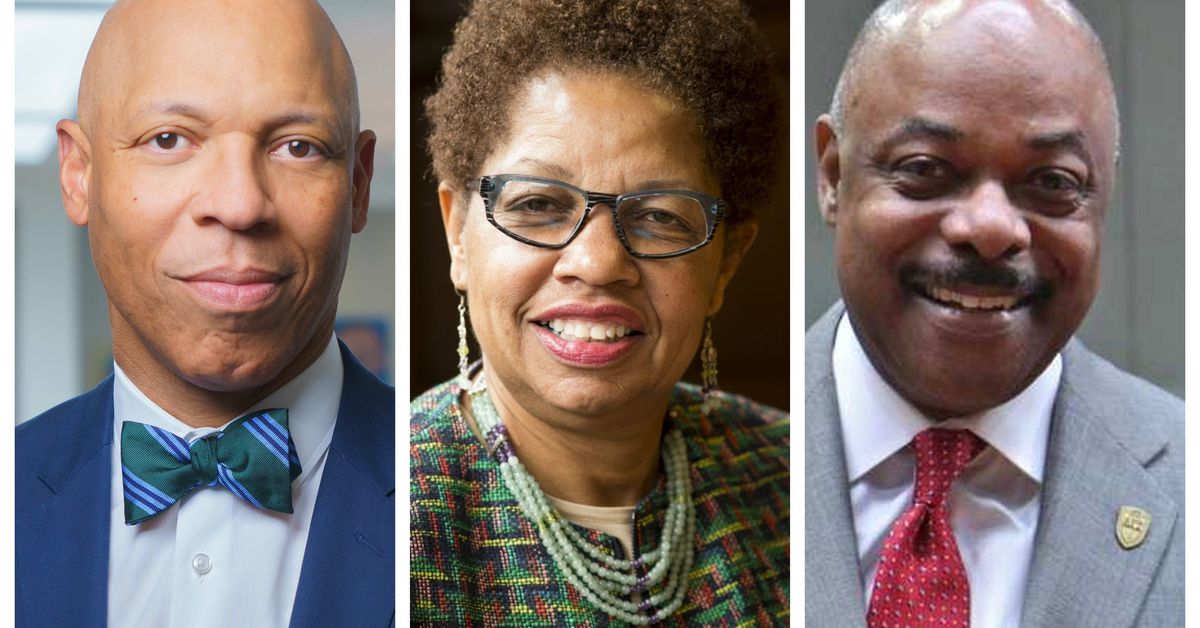 Superintendent William Hite, Board of Education President Joyce Wilkerson, and teachers’ union President Jerry Jordan all say they are confident school buildings will open for some students this school year.

Hite will likely announce a reopening plan within the next “10 days or so,” he said in an interview Thursday. Hite noted the Pennsylvania departments of health and education had that day revised the guidance for school reopening, encouraging schools to resume instruction for elementary students — even where virus transmission rates are still relatively high.

Levine and Ortega cited studies showing younger children have less susceptibility to the virus. But the statement emphasized that the final decision is up to local officials.

“I think it strongly recommends that younger students come back to school,” Hite said. “And I think their timeline is around the end of the first semester, which is the beginning of February. Those are the same group of children we were working toward getting back into the school already.”

Jordan reiterated in an interview that the union had secured during contract negotiations a series of conditions necessary to open schools, complete with grievance procedures to enforce them.

“I think teachers want to be in the classroom, they want to be face to face with kids, kids need direct instruction,” he said. “We as a district and union are farther ahead than many places.”

Jordan pointed to Chicago as an example where the school district and teachers union have failed to reach an agreement about school reopening. District leaders there have moved ahead with plans over the objections of the union.

The school district has tried twice to reopen schools for 30,000 students in pre-kindergarten through third grade — first in September and then in November. Each time, the return was called off due to public opposition. A main concern was that the aging buildings aren’t safe.

Hite said Philadelphia has done more than many other districts to work on their buildings while they are empty of students and staff, and is one of the few to write detailed ventilation reports and make them public. The reports have alarmed parents because many schools have few classrooms that are deemed usable, but Hite noted that initial plans call for relatively few students to return. If areas of the buildings aren’t considered safe, they won’t be used, he said.

He also said there are plans to test students and staff for COVID-19 regularly once buildings are open. “There are protocols in place for testing, it is our goal to get young people back into school as quickly as possible,” he said.

Within two weeks, Hite said, the district is likely to open some schools in each area of the city for students with disabilities who need services that are difficult or impossible to deliver virtually, such as occupational and physical therapy.

In addition to younger students, Hite is concerned about older students in career and technical education classes who need hands-on experience in order to accumulate enough hours for certification in their chosen field.

“They have required hours on equipment that is only available in schools,” he said.

Wilkerson said many teachers and families want children to return for some in-person learning. When the district did a survey in preparation for opening schools on a hybrid model in November for students in pre-K through third grade, about one-third opted to return.

A Chalkbeat analysis of the fall survey results from families showed that in schools with higher percentages of white students, parents were significantly more likely to select the hybrid model over fully virtual. And schools with 80 percent or more economically disadvantaged students saw a lower rate of families choosing hybrid.

The board president thinks the availability of vaccines “changes the analysis somewhat.” She added, however, that the logistics are “mind-numbingly complicated.” For instance, if teachers are given priority for vaccines in Philadelphia, as Mayor James Kenney and health commissioner Dr. Thomas Farley have indicated, how will that work for those — about half, she said — who don’t live in the city?

“I have no idea how any of that works,” she said. She predicts that some schools will open and then close again, depending on their neighborhood and the level of spread. Hite also has said as much.

“I am confident in some form or fashion we will have in-person something,” she said. “What I do know is that we need to get kids back in school.”

NY teachers can get coronavirus vaccines as soon as Monday, but it could take months to reach all of them

The value of strategic partnerships during the global pandemic and beyond

Why I’m optimistic about bridging the digital divide

10 tips for a successful virtual school board meeting