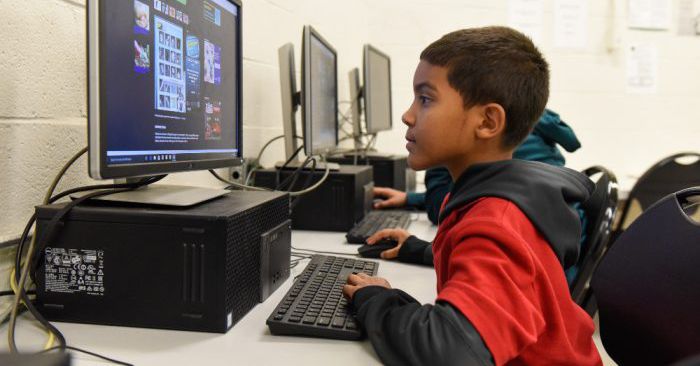 City officials declared on Thursday that more needs to be done to give families with school-age children free access to the internet through the PHLConnectED initiative.

Last month, city and school officials embarked on the two-year, $17 million PHLConnectED initiative effort to connect up to 35,000 households to the internet. The service is to cover the need for students, who are studying remotely due to the coronavirus pandemic. The school district gave out 2,500 mobile hotspots before the program ramped up.

However, officials estimated up to 18,000 families with school-age children still lacked internet access. The estimate was based on culling the Philadelphia School District’s list of families with children enrolled and determining which ones did not have an account with either Comcast or Verizon.

Chief Education Officer Otis Hackney said on Thursday that considerable progress has been made in identifying and reaching many of the families and assessing their needs, but the work continues.

Eligible households will be chosen through data gathered by the school district, the charter schools office, and internet service providers. The district or schools will reach out to the households directly through direct mail, email, robocalls, or text message to let them know they are eligible for the program.

So far, PHLConnectED has signed up 590 families for Internet Essentials and given another 642 MiFi hotspots through Verizon, according to Andrew Buss of the city’s Office of Education and Technology.

About 1,650 signed up for internet access as soon as schools closed but before April, when Comcast offered two free months of internet for new customers. After that offer, more than 6,000 families signed up.

PHLConnectED is reaching out to those 6,000 to let them know that through the program, they can keep the free service through June 2022, as long as they continue to have children in school.

“We are telling them it is important for them to move into PHLConnectED, because we didn’t want them to be disconnected after the 60-day window,” Buss said.

For the 1,650 who signed up as soon as schools closed, but before the two-months-free offer, Comcast is letting them know that they also can receive free service through June 2022 through PHLConnectED.

To help reach its immediate goal of serving 18,000 households, PHLConnectED is reaching out to another 7,400 or so families who have signed up for the Internet Essentials program. Comcast offered that program to needy families free in the spring, but some district families reported difficulty accessing it.

Hackney noted many households don’t believe that they won’t get a bill, or are reluctant to divulge personal information to another entity.

“There is a lack of trust some people have,” he said.

“There is an assumption that if something is free, people will automatically rush to avail themselves of it,” Buss said. “We’ve never found that to be the case.”

This is high school in a pandemic: Inside one Bronx freshman’s first day in the classroom