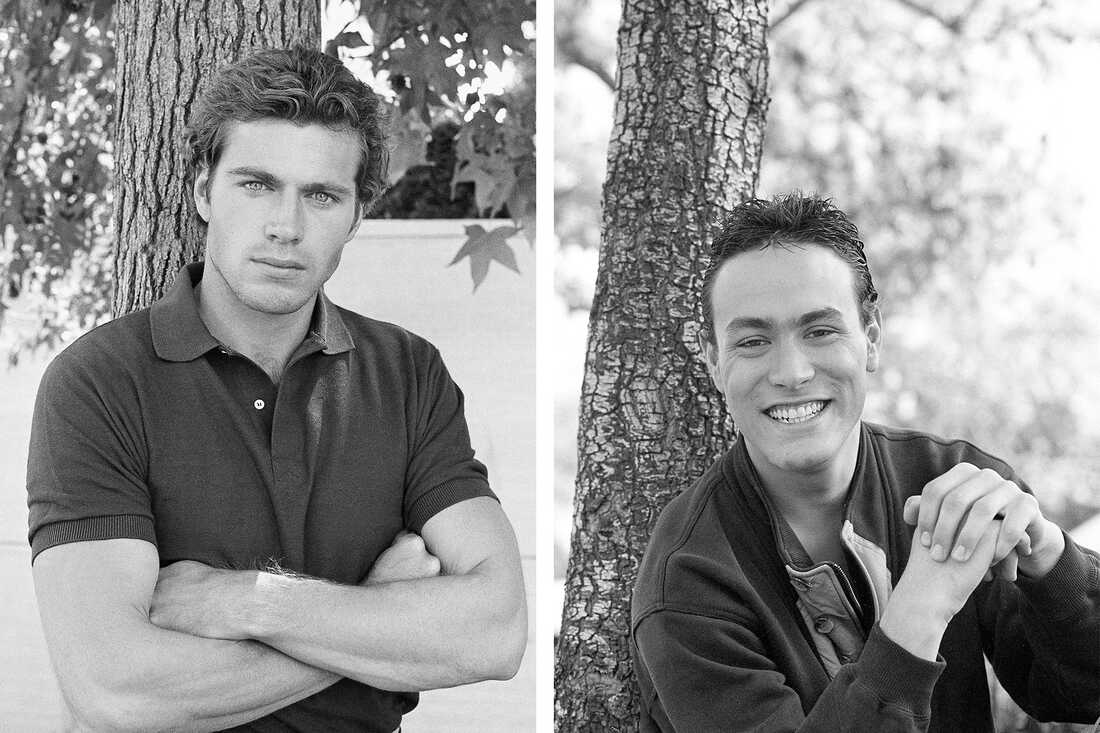 Jon-Erik Hexum (left) died in 1984 from injuries sustained from a prop gun on a television set. The death of American actor Brandon Lee (shown here in 1986) during the filming of The Crow garnered worldwide attention and prompted changes on how firearms are treated on sets. Wally Fong/AP; Lacy Atkins/AP hide caption 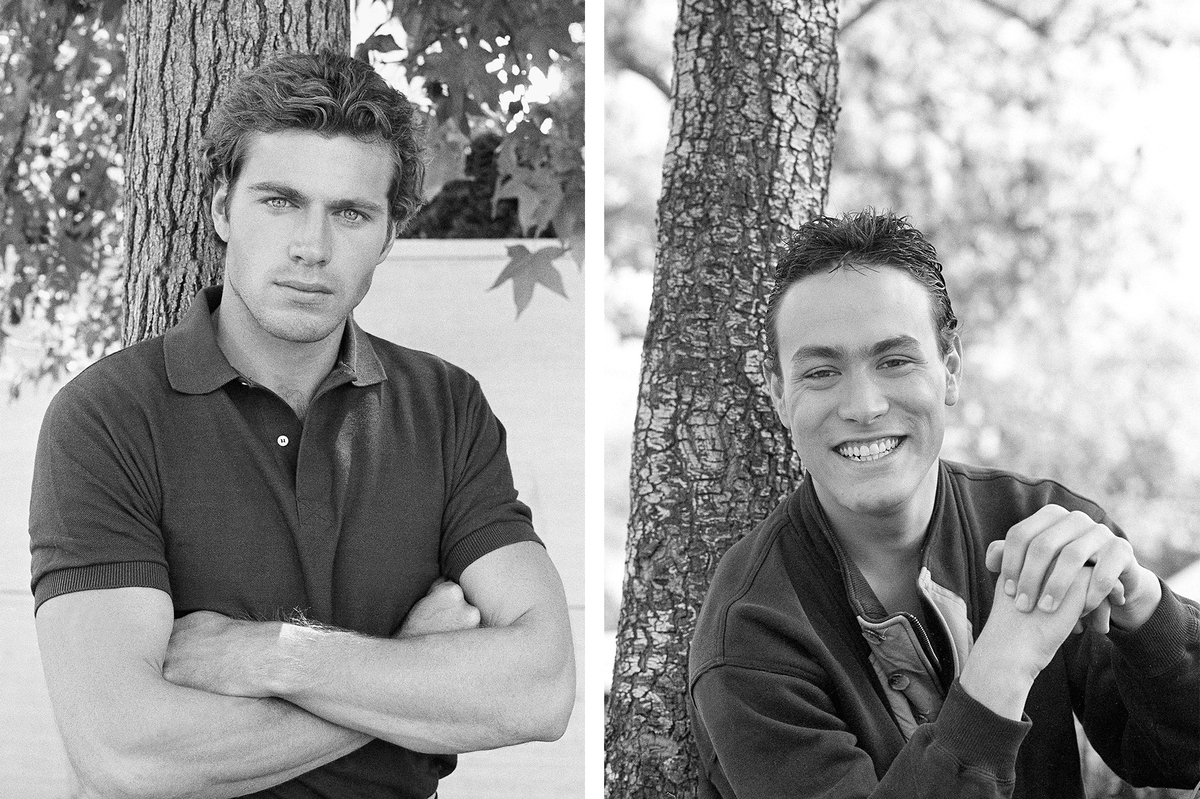 Jon-Erik Hexum (left) died in 1984 from injuries sustained from a prop gun on a television set. The death of American actor Brandon Lee (shown here in 1986) during the filming of The Crow garnered worldwide attention and prompted changes on how firearms are treated on sets.

The shooting death of director of photography Halyna Hutchins on a film set in Santa Fe, N.M., is a stark reminder to the filmmaking community that, though they work in fantasy, actions on set can have real world consequences.

An Associated Press report from 2016 determined that from 1990 until the time of publication, at least 43 people died on sets in the U.S. and more than 150 had been left with life-altering injuries.

Though Hutchins’ death is tragic and distressing, film and television prop experts told NPR that injuries or death from prop firearms specifically are exceedingly rare.

“It is an extremely rare circumstance that anything like this happens. Especially nowadays when there are so many different procedures and policies in place,” said Kevin Williams, the prop department supervisor at the UCLA School of Theater, Film and Television. “This is one of these freak accidents.”

Williams has been working in the prop industry for theater and movie production for over 20 years. He was speaking as an experienced professional in the handling of props but didn’t want to speculate on what happened during the filming of Rust.

He said the industry standard is to abide by strict safety rules.

“We go through the utmost caution and care when putting any sorts of weapons in the hands of actors,” he said.

Lee, who was 28 at the time, was the son of the late martial-arts star Bruce Lee. He was killed after being hit by a .44-caliber slug while filming a death scene for the movie The Crow. The gun was supposed to have fired a blank, but an autopsy turned up a bullet lodged near his spine.

Lee’s death in 1993 was the last recorded accidental death by a prop gun on a movie set.

Before that, in 1984, actor Jon-Erik Hexum was killed on the set of the TV series Cover Up. Hexum accidentally shot himself in the head with a gun loaded with blanks.

Shannon Lee, who runs a Twitter account in her deceased brother’s name, tweeted, “Our hearts go out to the family of Halyna Hutchins and to Joel Souza and all involved in the incident on ‘Rust.’ No one should ever be killed by a gun on a film set. Period.”

For prop masters, safety is supposed to come first

Prop masters are in charge of a production’s props before, during and shortly after filming. Along with armorers — the crew members who work with the guns on set — and stunt coordinators, prop masters coordinate with actors, producers and the director during filming.

“When I’m doing a training session with a performer, my main guideline, the heartbeat of the conversation, is to make sure that they are treating any weapon — whether it’s a bladed weapon or a firearm — as if it could potentially kill somebody. And those are usually the words I use,” said UCLA’s Williams. “It’s a serious situation and everyone’s got to be on their game.”

Hollywood adheres to Safety Bulletins, written and distributed by the Industry-Wide Labor-Management Safety Committee, for standards on weapon and prop safety, as well as other rules.

In the first bulletin addressing firearms and the use of blank ammunition, the document notes prominently: “TREAT ALL FIREARMS AS THOUGH THEY ARE LOADED.” It goes on to say live ammunition is to never be used nor brought onto a set.

However, these are recommendations and not binding law.

“There are a lot of working pieces when it comes to firing guns on set,” said Karl Weschta, the vice president of weapons for Independent Studio Services in Los Angeles. ISS provides props and weapons for television and movie productions.

In addition to safety lessons and practice sessions, actors are told to keep a safe distance from other crew members when handling a prop gun. Filmmakers often use movie magic so it looks as if an actor is pointing a gun directly at another character — when they’re actually pointing the weapon at an angle or off-center.

“It’s really rare when a gun is actually directly pointed at someone,” Weschta said.

In the case of Hexum’s death, a gun loaded with a blank cartridge caused enough damage to kill the young actor.

Hexum was struck in the right temple by a blank charge from the prop gun he was handling. The force of the bullet fractured his skull, according to a New York Times report from the time of the incident. This caused serious brain hemorrhaging and irreversible damage.

Still, details are sometimes too hard to control on set

Even with all of the planning and safety measures in place, accidents can happen.

Weschta and Williams said there’s still a lot that is unknown about how Hutchins was killed and Souza injured.

The type of gun, how it was altered, how it was handled, the positions of both cast and crew, even down to the direction and strength of the wind all could have played a factor in the shooting, they said. 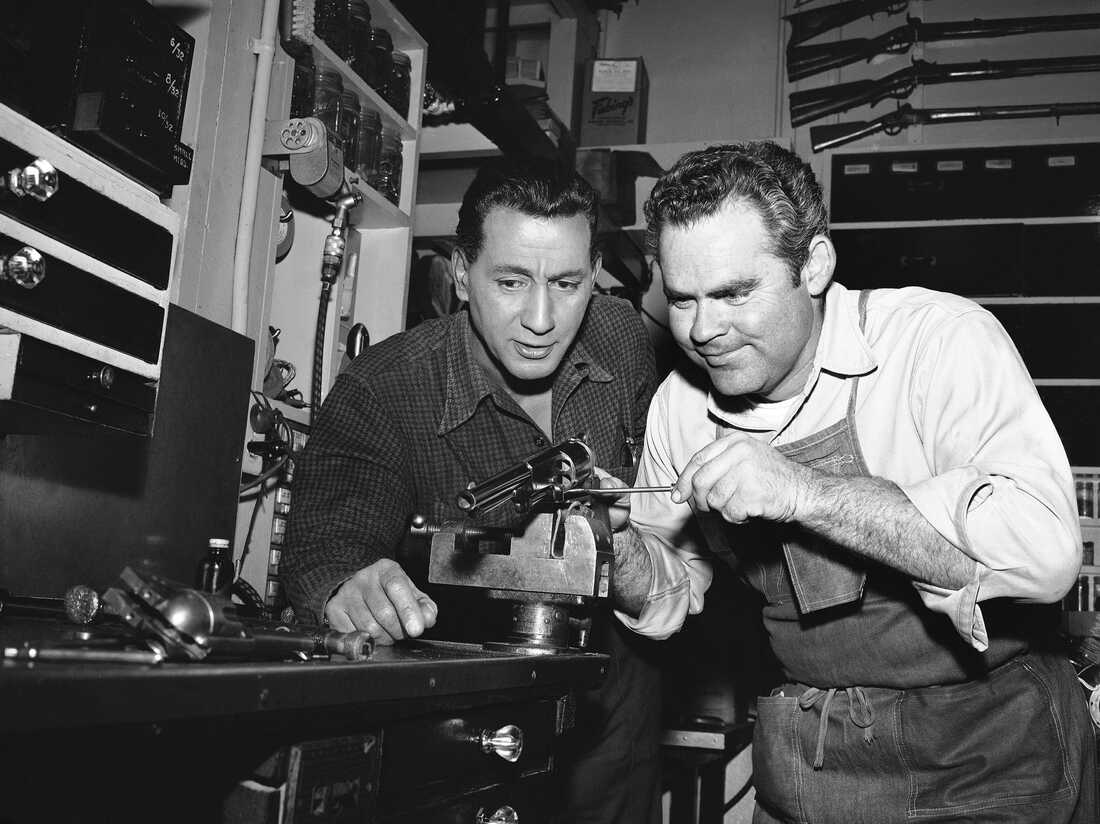 In this photo from a Hollywood studio gun department in 1958, Rodd Redwing (left) checks the final adjustment that Bob Lane is making on a six-gun. Redwing is an actor and a teacher of western gun handling. Lane is one of the men who repair and service the many guns in the studio arsenal. David Smith/AP hide caption 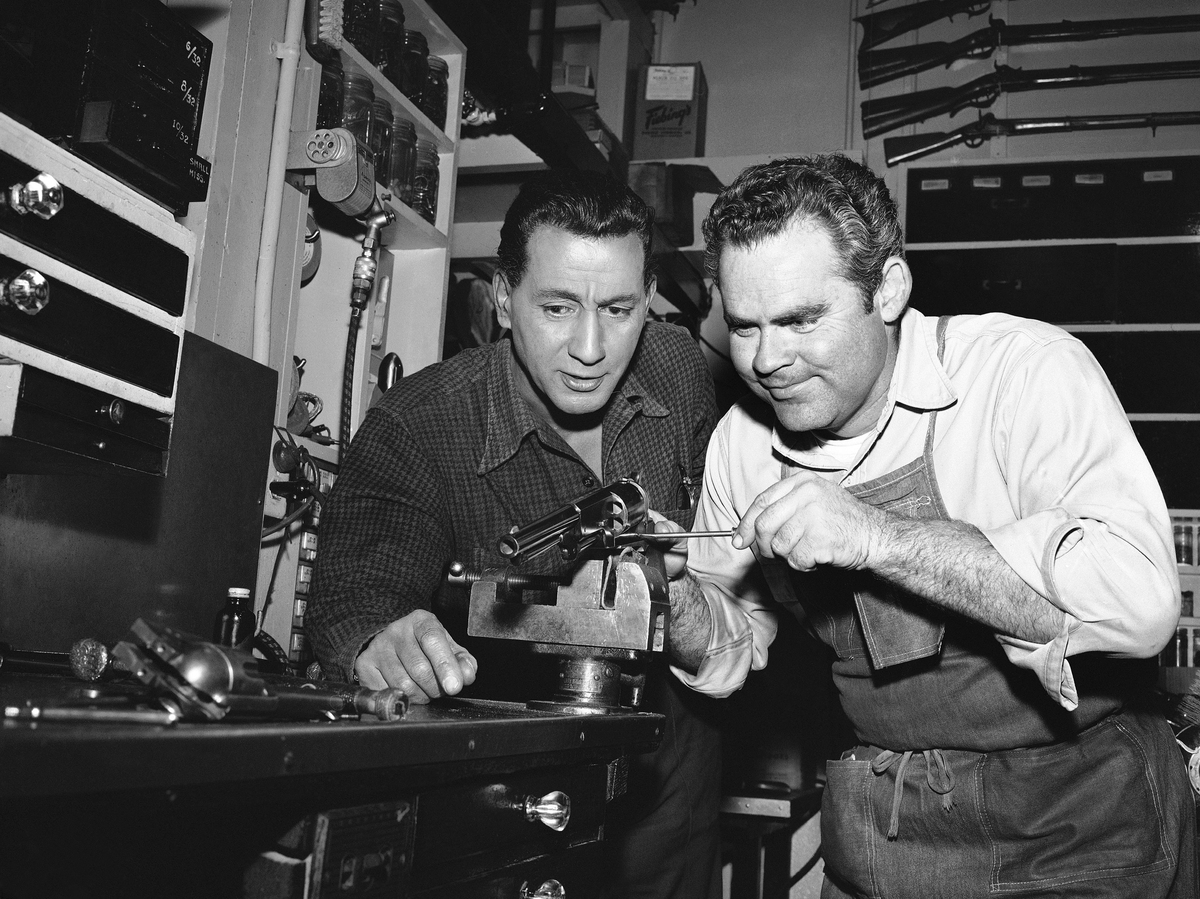 In this photo from a Hollywood studio gun department in 1958, Rodd Redwing (left) checks the final adjustment that Bob Lane is making on a six-gun. Redwing is an actor and a teacher of western gun handling. Lane is one of the men who repair and service the many guns in the studio arsenal.

“When you are on set, dealing with creatives, and they are asking for certain circumstances, sometimes these demands are hard to say no to,” Williams said. “A lot of our industry is built on relationships, so sometimes people have to make questionable decisions.”

Williams cautioned against rushing to blame anyone for what might’ve happened Thursday on the set of Rust.

“There is a lot of people hurting right now. We need to not look about laying blame,” he said. “If there is a way to make [filming] safer in the future, then that’s the road we need to take.”