NYC signs yellow bus contracts, but it’s unclear if buses will be rolling on the first day of school 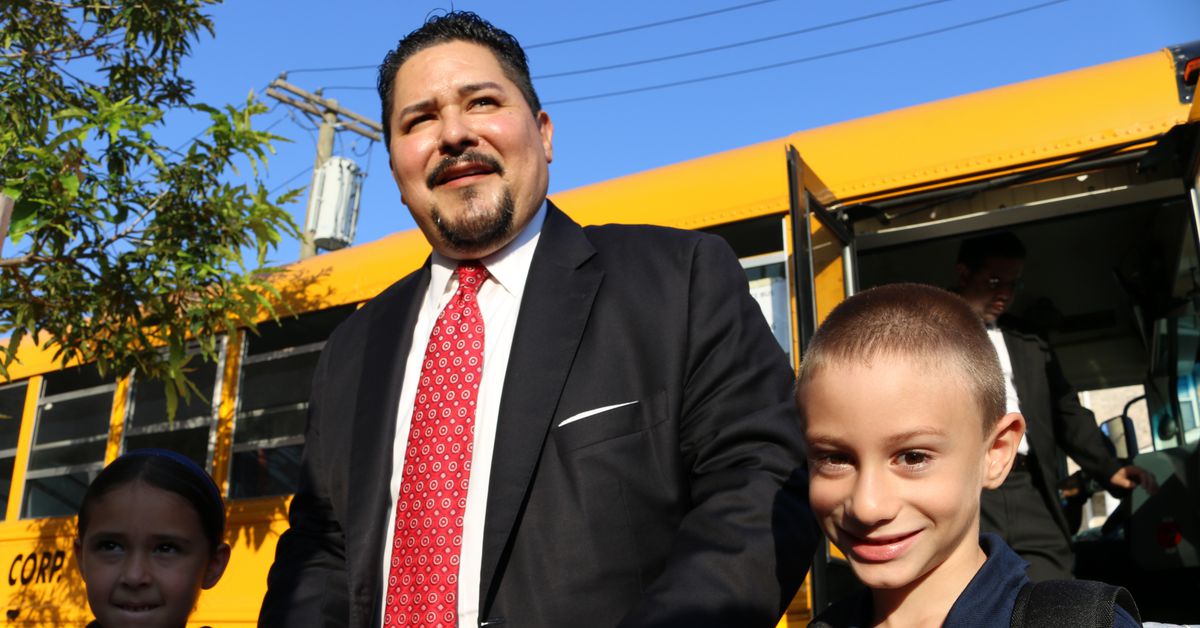 The city’s education department has now signed most of its bus contracts, but that doesn’t mean yellow buses will be rolling when school starts, officials acknowledged.

“We’re trying to move heaven and earth to try to get buses in place by the first day of school,” Sean Fitzpatrick, the executive director of the department’s office of pupil transportation, told parents Thursday night. “It really is a day-to-day scenario — we’re not really going to know until a few days from now.”

Less than a week ago, the city had not signed any contracts with the patchwork of companies that provide virtually all of the yellow bus service for city schools. The contracts had been abruptly canceled to save money after the coronavirus pandemic forced school buildings to shutter.

Earlier this week, Mayor Bill de Blasio announced the city will delay the start of in-person classes until Sept. 21, 11 days later than originally planned. The move will give the city more time to resuscitate a transportation system that normally moves over 150,000 students a day, costs about $1.2 billion to operate during a typical school year, and often struggles to get up and running when there isn’t a pandemic.

Even with the new round of contracts, officials face a series of logistical hurdles before buses can start moving. The city comptroller first has to approve the contracts, and the education department must race to inspect all of the roughly 10,000 buses that have sat idle for five months. About 6,000 of those buses have already gone through the education department’s inspection process, Fitzpatrick said, though the buses must clear a state inspection as well. Bus companies must also quickly reinstate thousands of employees who were furloughed.

“With less than three weeks until the first day of in person classes, the DOE has just now begun to resubmit bus contracts previously returned by the Comptroller’s office last winter,” Hazel Crampton-Hays, a spokesperson for Comptroller Scott Stringer, wrote in a statement. “We will review all contracts submitted to our office to help ensure transparency, accountability, and the safe transportation of our children to and from school.”

To help mitigate a possible delay in bus service, officials said they will be distributing MetroCards to schools in the coming days, with the goal of providing enough so that parents can accompany their children on public transit. There will also be a “streamlined” process to submit reimbursement for other forms of transportation, Fitzpatrick said, though he did not offer specifics about how long the process would take — and advocates worry it will be a hardship for parents who can’t afford to front the cost.

“We recognize that there’s going to be a large influx of these coming in,” Fitzpatrick said, referring to reimbursement requests.

The status of the city’s yellow bus system is particularly important for about 50,000 students with disabilities who are legally entitled to bus service, according to their individual education plans. Speaking at a meeting of the Citywide Council on Special Education, Fitzpatrick echoed that students with disabilities will “be the priority,” though officials have not said if that means they will scale back service for other students, many of whom live further away from their schools.

Some students with disabilities who cannot be served in traditional public schools attend private schools subsidized by the city or state government, programs that are starting next week while parents don’t know how their children will get there, advocates say.

Fitzpatrick acknowledged that yellow bus service may not be in place in time for those students, though he said logistical information such as bus routes would be available for families “very, very soon.”

City law requires the education department to provide parents with detailed information on students’ bus routes at least 15 days before the start of the school year; the process is far more complex this year because most students will only attend school in person one to three days a week.

Several parents pressed Fitzpatrick on what safety procedures will be in place. The buses will not allow more than 25% of their full capacity and will be cleaned with the help of “electrostatic sprayers,” and bus companies will be provided with hand sanitizer, face shields, and gloves.

Although the city is not requiring school bus drivers get tested for the coronavirus, Fitzpatrick said it is encouraging testing and that families would be notified if their child’s school bus driver tests positive.

“We believe the bus companies will be cooperative there,” he said.

Randi Levine, the policy director at Advocates for Children, said it’s encouraging that the department has made strides since last week, but she worries about the start of the school year.

“We’re glad to hear there’s been progress in moving contracts forward,” she wrote in an email. “But parents need to know that there will be buses in place for the first day of school.”