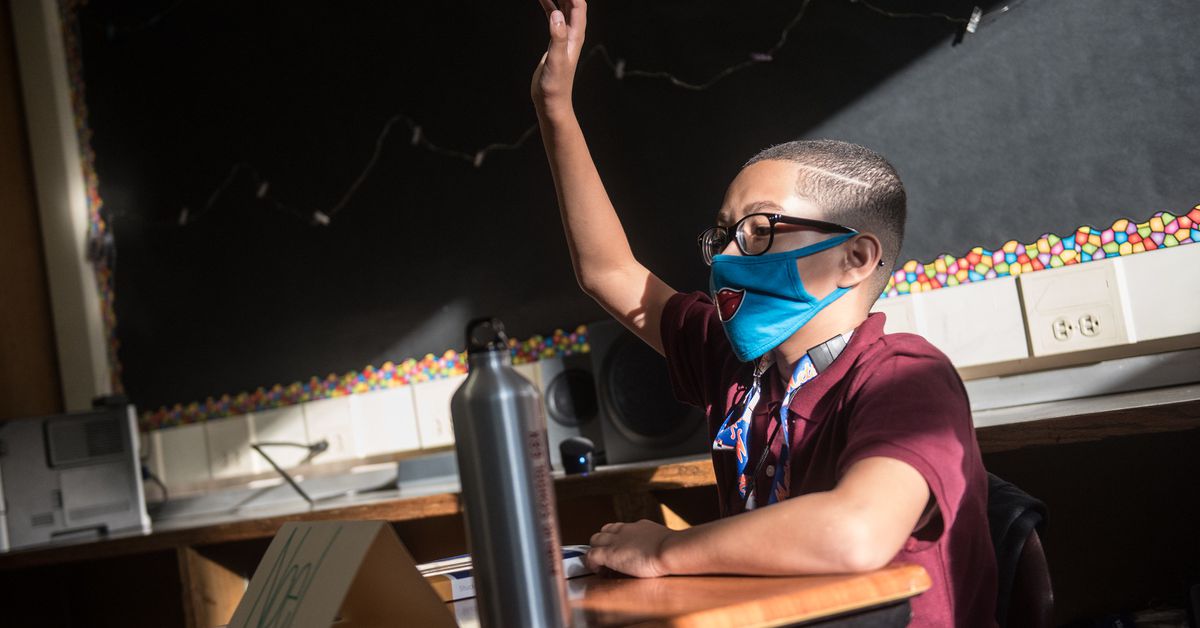 After Mayor Bill de Blasio gave parents just one more chance to opt for in-person classes for the rest of the school year, only about 35,000 additional students are set to return, which will leave school buildings emptier than officials had hoped.

In total, about 335,000 students will be eligible to return to classes in person, or roughly a third of the city’s nearly 1 million district school students. It’s not clear when that will happen: The city’s public school buildings were shuttered Thursday due to a rise in coronavirus cases, and a reopening date has not been set.

The figures are a major blow to Mayor Bill de Blasio, who has forcefully argued that opening school buildings is essential, especially for low-income parents of color who make up the vast majority of enrollment. But roughly half of Black and Hispanic families have kept their children learning from home full-time and are significantly less likely to say that they plan to return to school buildings compared with their white peers, who appear to be returning to school buildings at the highest rates, according to city data.

“I wanted to open schools because kids needed it. Families needed it. I believe we could do it safely,” de Blasio said in a radio interview Friday morning before the data was released. “We did do it safely.”

It’s possible that the number of students learning in person will fall since parents can opt for fully remote learning at any time. Some families may be wary of returning to classrooms as the city struggles with another wave of the pandemic, even as experts have indicated the schools are relatively safe and have reported relatively few coronavirus cases. Officials did not immediately say whether they would give families another chance to choose in-person learning later in the year, given the latest round of building closures.

The numbers also underscore that the fate of this school year will hinge on the quality of remote teaching, which has received considerably less attention and resources than the logistics of safely reopening physical buildings and the distribution of technology. Even under the mayor’s hybrid model, most students are learning from home on any given school day. Meanwhile, the city has not developed a clear strategy for improving remote learning, according to educators, experts, and union leaders.

City officials are still scrambling to make sure students are able to connect with their teachers virtually. At a City Council hearing Friday, education department officials said that they have ordered about 100,000 internet-enabled iPads for students who still don’t have them, but they won’t arrive for another four to five weeks due to supply issues. And students who live in shelters have also struggled with lack of Wi-Fi and problems connecting with the city’s internet-enabled devices.

There is some good news for the students who decide to return to school buildings. Due to lower-than-expected numbers of students opting for in-person learning, officials said students could spend more time in their classrooms than originally anticipated. Most students in the hybrid model have been attending school one to three days a week, due to social-distancing guidelines, and learning from home on the other days.

“We will be working with schools to increase the number of days blended learning students are in buildings,” education department spokesperson Katie O’Hanlon said in a statement, “and we’re excited for these students to join their peers when we reopen.”

Trump’s Legacy For Students and Workers: Shifting Focus From ‘Degrees’ to ‘Skills’

Trump’s Legacy For Students and Workers: Shifting Focus From ‘Degrees’ to ‘Skills’

Making Decisions for YOU in the New School Year

Optimism: The Why and the How

Hybrid-remote learning provides the flexibility and freedom schools, parents, and students need in the current pandemic. However,...