NY teachers can get coronavirus vaccines as soon as Monday, but it could take months to reach all of them 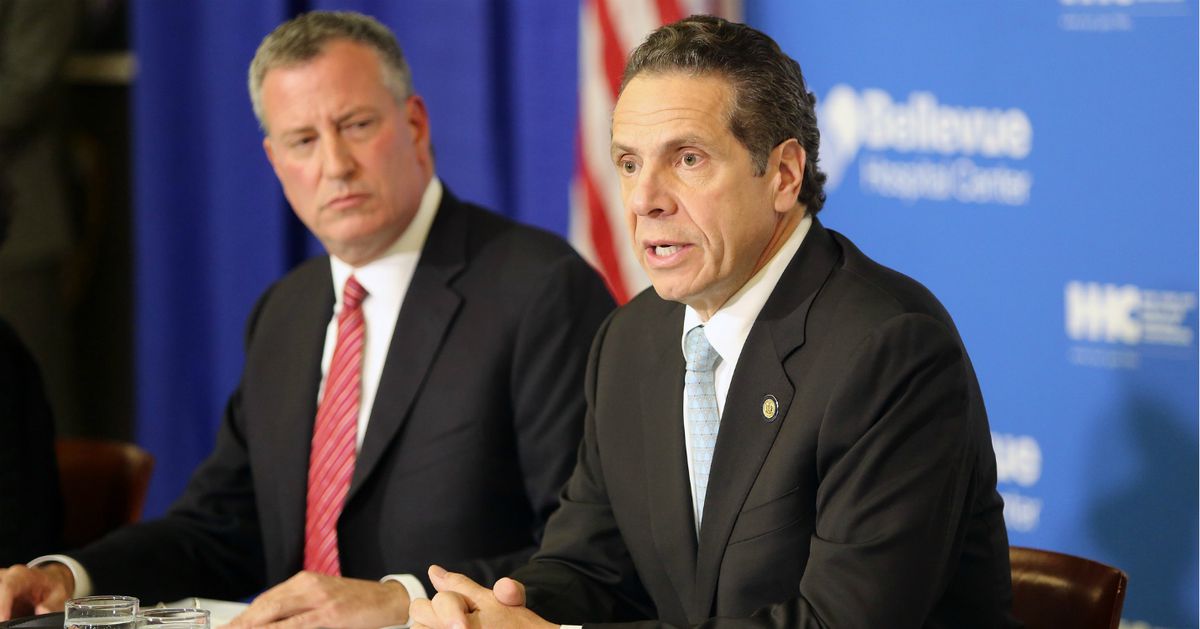 Gov. Andrew Cuomo approved the next phase of vaccine distribution, also known as 1b, which includes education workers, people over the age of 75, public safety personnel, and transit workers. Frontline health care workers and nursing home staff and residents have been eligible to receive the vaccine since last month.

“We will begin administering shots to City Workers and the elderly in 1B starting on Monday,” Mayor Bill de Blasio tweeted shortly after the governor’s announcement. Those who are eligible, including educators, may sign up for a vaccine appointment here.

Still, Cuomo stressed that health care workers must receive priority, and warned it could take months to inoculate everyone who will become eligible for shots as of Monday. At the current speed of distribution from the federal government, it would take 14 weeks to procure enough vaccines to cover everyone in the new categories, he said.

“The hospitals still have to prioritize the health care workers, and they have a long way to go. But if they have extra capacity and they can do 1b on Monday, fine. But make a reservation,” Cuomo said during a press briefing on Friday.

The state is currently receiving about 300,000 doses a week. A total of 4.2 million more doses are needed to vaccinate everyone who will be eligible for shots in the first two phases of distribution. Current vaccine protocols require people to get two shots, given several weeks apart.

The approval on Friday to move into the next phase of distribution follows days of criticism of New York’s vaccination efforts, as well as public squabbling between de Blasio and Cuomo. The mayor had been pressing the state to expand more quickly the groups of people eligible for the vaccine, saying its efforts at quickly distributing doses were being needlessly hampered.

“If we can’t vaccinate the people who are [in] most danger, we’re going to lose lives we did not need to lose,” de Blasio said during a Friday morning press conference.

Meanwhile, Cuomo criticized the city’s sluggish pace of distributing the vaccines already on hand. A small number of doses in New York City have been thrown out, even as coronavirus cases have surged.

Many crucial issues about how vaccine distribution will unfold remain unclear. For one, state officials have said teachers and “education workers” will be eligible for shots, but have not clarified who exactly falls into that category beyond teachers, day care employees, and school bus drivers.

City officials have already opened over 100 vaccination sites and will open two “mega sites” Sunday that will operate 24/7 at the Brooklyn Army Terminal and Bathgate in the Bronx.

Cuomo has also suggested that labor unions should consider creating their own vaccine distribution plans to lessen the burden on hospitals. Michael Mulgrew, head of New York City’s teachers union, previously said he would submit a plan to the state on Friday, though union officials did not immediately say what the status of that plan is.

“We are working with the state, the city, and health care providers in the New York City area to make the vaccines available to as many UFT members as possible,” Mulgrew said in a statement. “But unless the federal government provides New York State more doses, it could still be months before every educator who wants the vaccine can get it.”

US IEP numbers drop further 3.5%, but decline is “stabilising”

Could This Montessori Learning Company Be the Airbnb of Education?

The Game of Sudoku