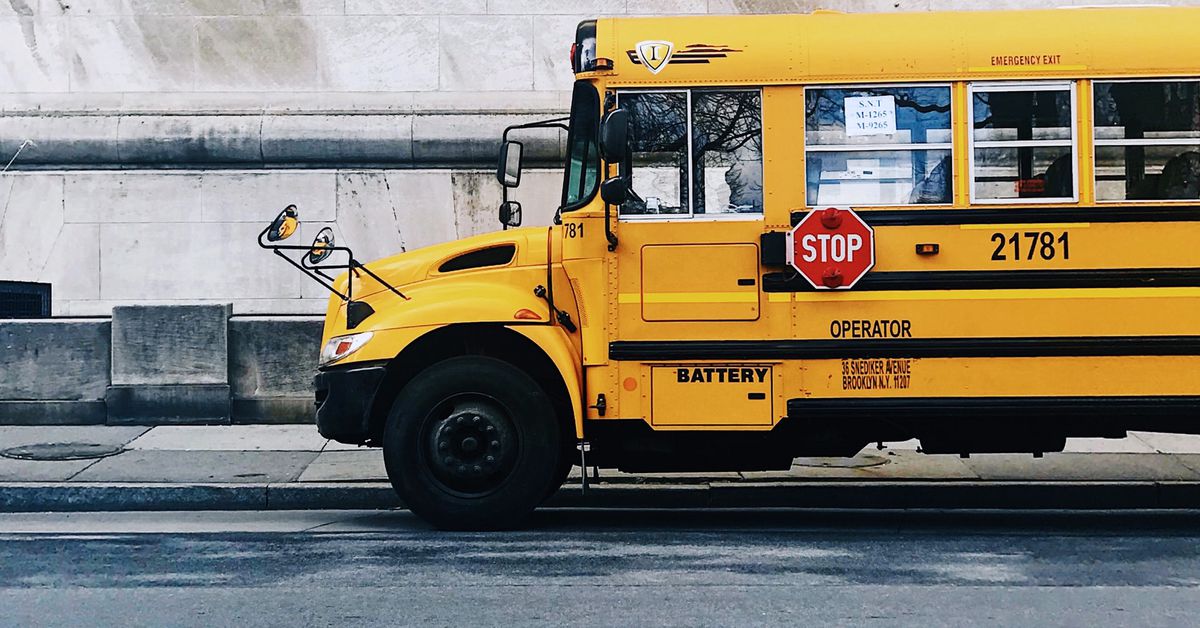 As schools have started opening their doors to students this fall, and as others plan to do so soon, one more logistical problem districts have had to navigate is how to safely transport masses of students to their buildings.

Like many of the problems school districts have encountered in the pandemic, this is one that can most impact lower-income families, in this case, those who rely on school buses for transportation.

Guidelines to limit the spread of COVID cut the number of students permitted on buses by two-thirds. Often, districts can’t just deploy additional vehicles, even if they had them. Bus drivers have become even scarcer because many fearing for their safety have quit or transferred. And school schedules make it impractical to make too many runs with the same buses.

School leaders worry that if it’s too hard for students to get to school, they’ll enroll in school elsewhere.

In Westminster, the district eliminated busing for high school students.

“We would have to have 46 separate routes to transport the number of kids that we were transporting last year, and that’s just for high school,” said James Duffy, Westminster’s chief operating officer. Last year the district transported about 700 high school students.

Assigning its 20 buses to multiple routes would have meant some students wouldn’t arrive at schools until 10 a.m. The district is also doing half days for high school students, making the scheduling more difficult.

“That became a real equity issue,” Duffy said. “How could we say to the folks in the morning you get transportation but in the afternoon you don’t? So we had to bite the bullet and basically had to eliminate transportation for the high school students.”

Instead of the yellow bus, Westminster is offering to pay for RTD public bus passes, although those buses also limit passengers per bus. So far, about 160 students have downloaded the phone application to get the district-provided bus pass.

In Denver, the district is planning to cut some yellow-bus service starting with older students, and prioritizing high-poverty schools.

Virtual education has helped ease the transportation problem in some areas.

In Mapleton, officials said that because so many students signed up for the district’s online-only option, the changes to transportation service have been minimal.

The Aurora school district, which has started school online, plans to contract for 11 charter buses to add transportation capacity.

The tiny, rural Kim district in southern Colorado uses a fleet of Suburbans, not school buses, to offer transportation to its fewer than 50 students. The vehicles don’t leave much room for social distancing. The district was able to add one more route by asking a school employee to drive an extra Suburban, but it’s also paying parents to drive their own children to school. It’s a practice the district already used but has expanded.

The Jeffco district so far is cutting transportation only for students who choose to go to a school outside their neighborhood. Those families previously were only served because some buses had extra space. That cut affects families like that of Sharon Gusmus.

Gusmus, a mother of four Jeffco students, said that because of her work schedule she can’t easily drive her children to school in the morning. This year, because her oldest is now driving, only one child needed the district school bus.

Gusmus decided to put her, a sixth grader, into a remote-only program for the year.

When Jeffco students do return to in-person learning in a little more than a week, district officials don’t know how many students will be waiting for a ride at each bus stop because families are still deciding whether to send their children.

That means planning for what will happen if too many students are ready to hop on one bus and a driver has to stop students from getting on.

“We have some buses that will be staged around the district just in case,” said Greg Jackson, executive director of transportation and fleet services. “There’s still always going to be hiccups.”

Jeffco bus driver Monte Hollander isn’t so sure that is enough planning. He said, as of Thursday, his route shows 30 students.

“I’ve asked what will occur when I have 22 students and myself and an assistant,” Hollander said about hitting the allowable maximum mid-route. What is he to tell the excess students denied the chance to hop on for a ride?

Part of what makes Hollander nervous is a problem that many districts have cited: a shortage of bus drivers. With fewer drivers, districts usually combine routes, but that may not be possible this year.

Jackson said it is a problem. Districts had been talking about having trouble hiring enough bus drivers even before the pandemic, but COVID has made those vacancies rise.

Jackson said just this week, he lost six drivers and two bus assistants who decided the risk of exposure might not be worth it.

“Many said they would be happy to come back,” Jackson said.

Hollander, who’s about to turn 70, said he too has thought about the risk of COVID and leaving the job, but he enjoys driving kids to school and being a leader for his co-workers.

For him, as a member of the union bargaining team, the lack of pay raises is the bigger reason people are leaving the job.

“We are severely underpaid,” Hollander said. “We are the backbone of the school operation. We’re not sure how they’re going to do this.”

Hollander did say he respected Jeffco for trying to figure out the problem instead of pre-emptively announcing broad cuts to how many students are served.

Jackson said a lot will depend on the number of students who show up at bus stops the first days of school. If one area has few students, then buses might be able to shift over to serve areas where more students still need a ride. But increasing walking distances or other measures to cut transportation aren’t completely off the table yet.

“If we had a larger capacity we would be more than happy to transport more kids,” Jackson said. “This decision wasn’t easy. It was a difficult decision.”

Students are on their devices and in front of screens more than ever now, as COVID-19 has mandated fully- or...

International students will be limited to a fixed two or four year stay in the US under a new visa...

An initiative aiming to build 100 schools in emerging countries funded by Bitcoin has announced its fourth school will be...

Return to Learn with The Art of Education UniversityAsking students to create abstract art and getting them to really “feel”...

1,600 Colleges Are Now Test-Optional. How Many Will Go Back?

The University of Massachusetts Amherst has historically required prospective undergraduate students to submit a standardized test score as part of...

This Indianapolis school reopened carefully. Why didn’t students come back?

The Story Of Mine Mill