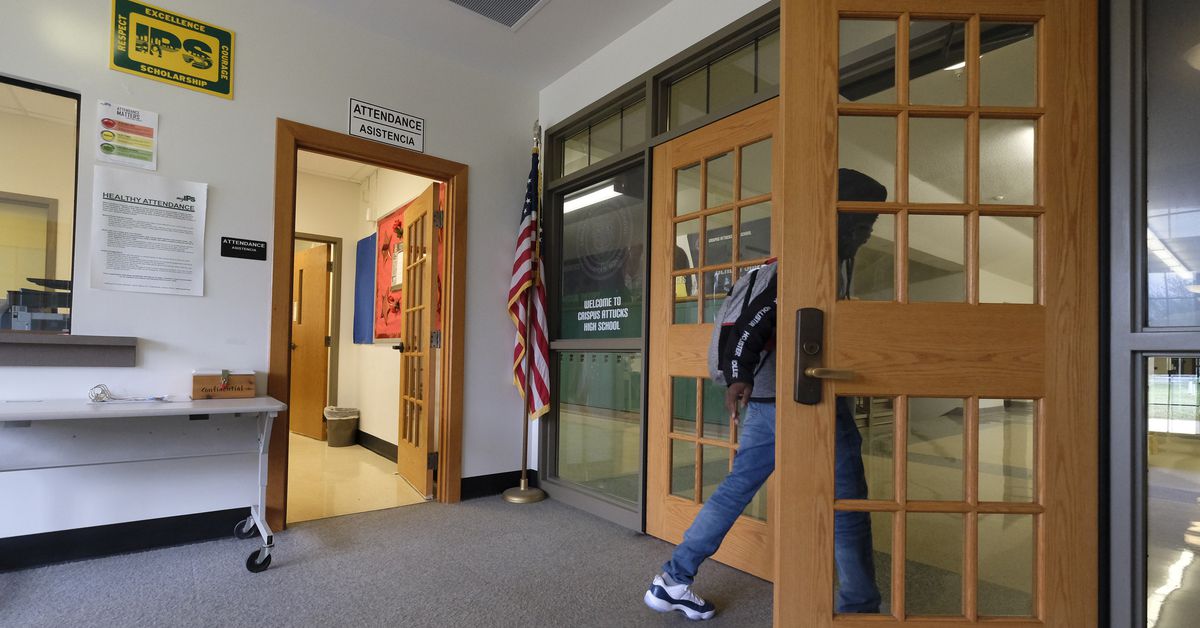 Until now, the county closed schools across the board, based on the countywide COVID test positivity rate. That has led to all schools in the county being closed for more than a month, and gradually reopening now.

But officials noticed that significant numbers of children were not getting ill even as the virus spread in the community.

Marion County allowed schools to reopen campuses Monday after closing in November, although some school districts like Indianapolis Public Schools are holding off until Jan. 19.

The seven-day average test positivity rate for Marion County is 16.4%, according to the Indiana State Department of Health dashboard. Previously, the county closed schools when the community rate reached 13%.

At the green and second-best level, yellow, the health department simply monitors a school’s data. But if a school enters the orange level, where the positivity rate is 75% to 100% of the community rate, health officials step in to help prevent more cases. The health officials did not say if in-person learning would stop if cases reached the 75% mark.

Marion County Health Department Director Virginia Caine said the new metrics likely would flag 12 to 15 schools per month, out of more than 200 in the county, as hitting the red threshold with a higher test positivity rate than the community’s.

She said 10% to 15% of the schools would be impacted by the new metric, although they wouldn’t necessarily have to end in-person learning.

“It will all depend on an investigation related to what’s happening specifically to your school and what’s contributing to your cases, how much it impacts the other students and staff in that school system,” Caine said.

She also added to the public health order that all schools must report to the county within 24 hours of learning of a positive case among staff and students, and note whether the person was participating virtually or in the school building.

The public health authority has the final say about campus closures, but district officials can make more conservative decisions on when to close or reopen campuses, based on their metrics.

Pike Township officials said they are reviewing the information and will share it with their school board to decide if the district metrics need to be changed. Their trigger for closing in-person instruction is when the positivity rate exceeds 10.4%.

Indianapolis Public Schools officials said they are still reviewing information and will send out information to families and staff soon.

Wayne Township officials released a statement saying that they are working closely with the health department to understand the new metrics.

“We do not see the change in metrics to be either positive or negative regarding the monitoring of COVID data or reopening schools,” its statement read.

As Memphis district considers future of virtual learning, superintendent says, ‘No one will force me to open schools’

8 steps to digital equity after the pandemic

As Memphis district considers future of virtual learning, superintendent says, ‘No one will force me to open schools’

Delivering on Equity Post-Pandemic: Will We or Won’t We?

Over 100,000 displaced by resurgence of violence in Sudan’s Darfur region

Why You Should Create a Mystery Bag Art Challenge

Nearly 6 in 10 Older Americans Don’t Know When or Where They Can Get a COVID-19 Vaccine; Black and Hispanic Adults among the Groups Least Likely to Have Enough Information

This Week in Coronavirus: January 15 to January 21

8 steps to digital equity after the pandemic

With the COVID-19 pandemic has come a reckoning on how cavernous the digital equity gap is in...

Grim milestone as Sahel violence displaces 2 million inside their countries

Over 100,000 displaced by resurgence of violence in Sudan’s Darfur region