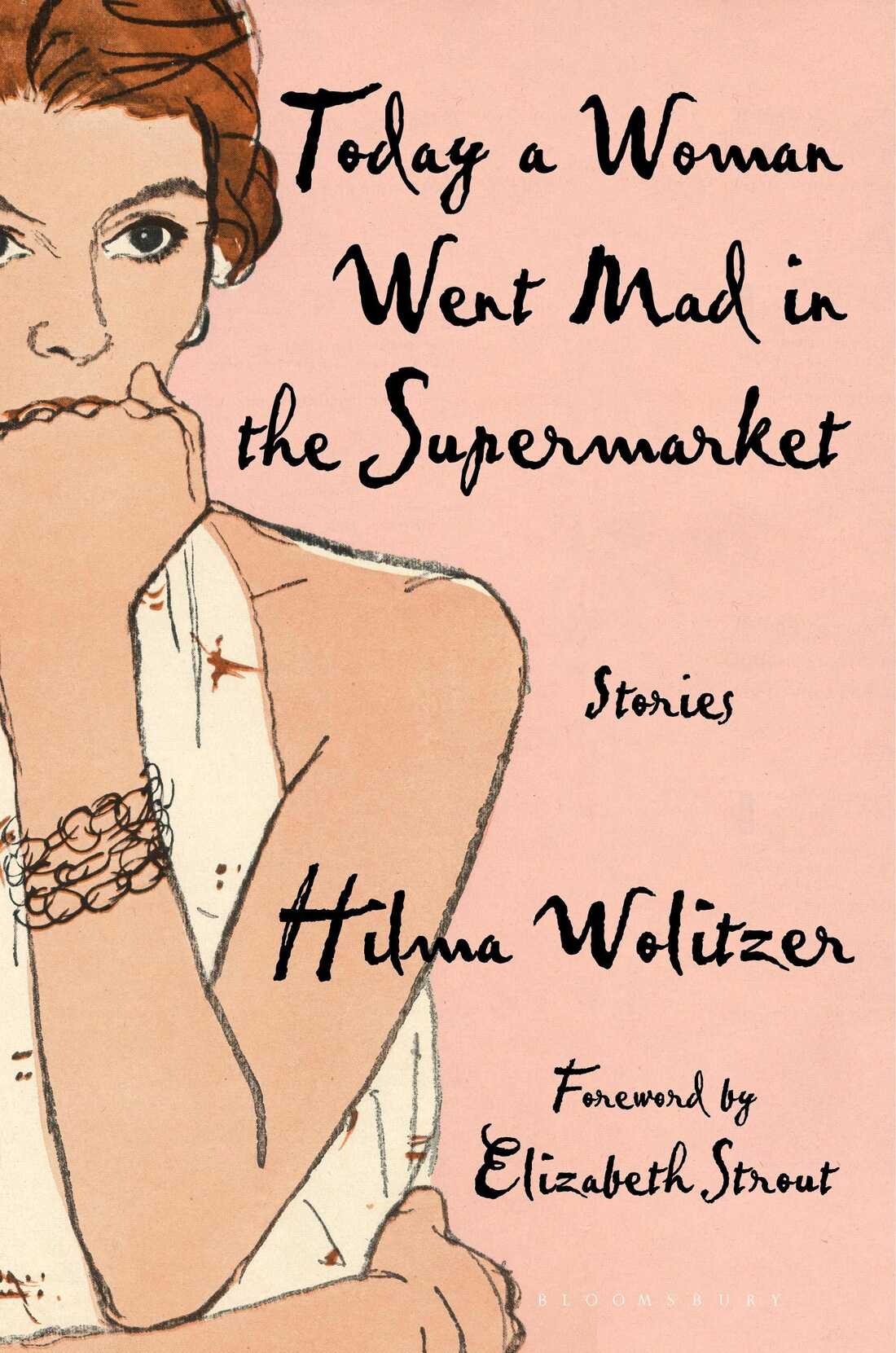 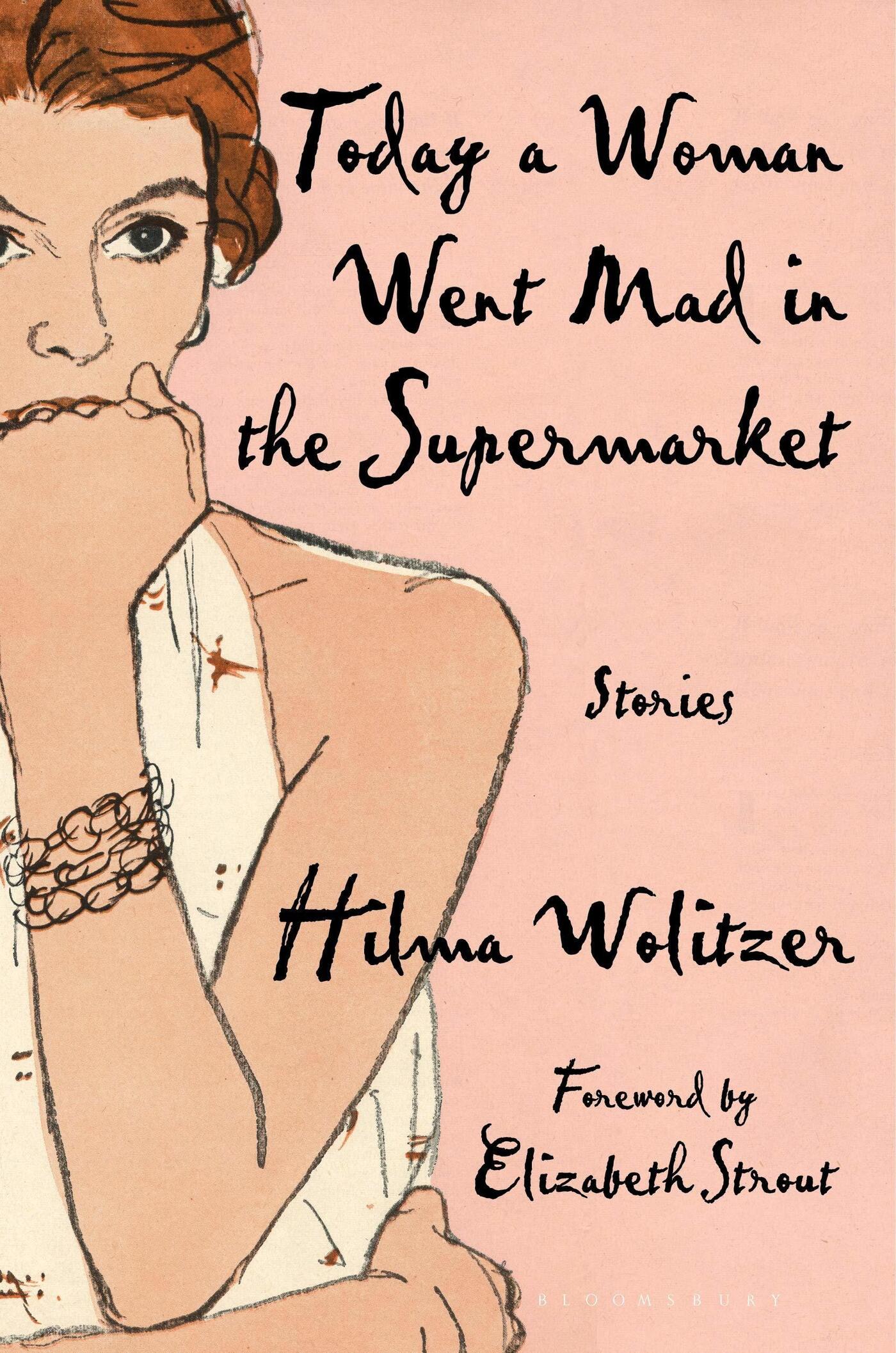 And the best book title of the year goes to … Hilma Wolitzer’s Today a Woman Went Mad in the Supermarket.

What a treat it is to have this baker’s dozen of stories in one volume. The collection is bookended on one end by the title tale, which was first published in The Saturday Evening Post in 1966, and on the other by a powerful new story, written in 2020, which checks in on a pair of Wolitzer’s longtime recurring characters just as the novel coronavirus pandemic hits New York.

Over a career that has spanned more than half her 91 years, Wolitzer (mother of novelist Meg Wolitzer) has published 14 previous books for adults, including nine novels. Her fiction delves into the vicissitudes of love and marriage with wisdom and warmth.

Most of these stories were first published in the 1960s and 1970s, but the perspicacity of Wolitzer’s prose remains fresh. (So do subjects such as childbirth horror stories made worse by patronizing doctors.) More than half the stories concern a middle-class New York couple named Howard and Paulette (a.k.a. Paulie), who “were married in those dark ages before legalized abortion.” These go back to when Paulie found herself “in trouble” at 20 and her goal “was to lie meshed with Howard forever.”

Here’s how Paulie describes her beloved’s response to their predicament: “‘So that’s it,’ Howard said, and we were engaged.” She throws her arms around him, “sealing the bond” and promising a wonderful life together. “He hugged me back,” Paulie reports, “but all I could really feel were the doombeat of his heart and the collapsing walls of his will.” That “doombeat,” followed in quick succession by his caving will, showcase Wolitzer’s gift — an ability to encapsulate a couple’s lifelong dynamics in a single line.

Wolitzer returns to this odd couple repeatedly over the years. Paulie, a big, sunny woman who “wakes with the same dumb abundance of hope every day,” is driven by her fierce determination to hang onto her melancholic husband, who is “still convalescing from his childhood.” (Her “dumb abundance of hope” is just perfect, evoking a tail-wagging golden retriever.) In “Mrs. X,” another woman living in their building complex threatens their equilibrium, while in “Sundays,” depressions are determinedly eased by anodyne Sunday drives to check out model homes in new developments with cloying names like Seaside Manor and Sweet Pines. “Not that we want to live in the suburbs,” Paulie says. “The thing is, places like that confirm our belief in our own choices.”

Some stories take a lighthearted approach to their woes. In “Nights,” Wolitzer paints an amusing picture — which all insomniacs can relate to — of the frustrations of sleepless nights. “I can’t sleep and life stinks on ice,” Paulie whispers in the dark. Lonesome and at wit’s end, she finally resorts to mischievously scaring Howard awake.

As for that titular supermarket breakdown, it’s a sobering take on the heavy expectations of motherhood. The narrator, a woman pregnant with her first child, finds her passage down a supermarket aisle blocked by a woman who stands frozen, with a white-knuckled grip on her cart and two small children clinging to her skirt. The expectant mother is unnerved when she hears the woman mutter, “There is no end to it” and “How can I bear it?” As the situation escalates, the narrator finds herself distraught because of her own helplessness.

Like Anne Tyler, Wolitzer clearly believes there are no ordinary people — everyone is extraordinary.


“The Great Escape,” written in 2020, clinches this masterful collection. Paulie declares that she and Howard have been “together for such a long time that all of our grievances had been set aside, if not completely forgotten.” As they await the birth of their first great-grandchild, she is still fighting to hold onto her man, checking to make sure he’s breathing every morning. But life throws them a curve ball with the pandemic, which she compares to Houdini’s great escapes and disappearing acts.

Wolitzer, who, like Paulie, (spoiler alert!) survived COVID-19 but lost her husband to it, has miraculously found notes of grace in a graceless disease — and demonstrated literature’s power to both move and console. Paulie reassures us, “Over time, I’ve become my usual garrulous self again, talking and talking about anything and everything …” But then she finishes her sentence with this kicker: “… as if I’m goading him into answering me, if only to tell me to be quiet. So far, he hasn’t.”

Like Anne Tyler, Wolitzer clearly believes there are no ordinary people — everyone is extraordinary. Back in the late 1970s, I remember her challenging students in a fiction workshop at Columbia to write a compelling story about a periodontist. A periodontist? What did a bunch of 20-somethings know about gums? Her point was that anyone could be an interesting character.

This book is filled with interesting characters. But it’s the carefully selected details — like the distressed shopper’s empty pocketbook, devoid of ID, car keys, or wallet, or the hangnail that sends Howard to a podiatrist at the height of the pandemic — that really get you.