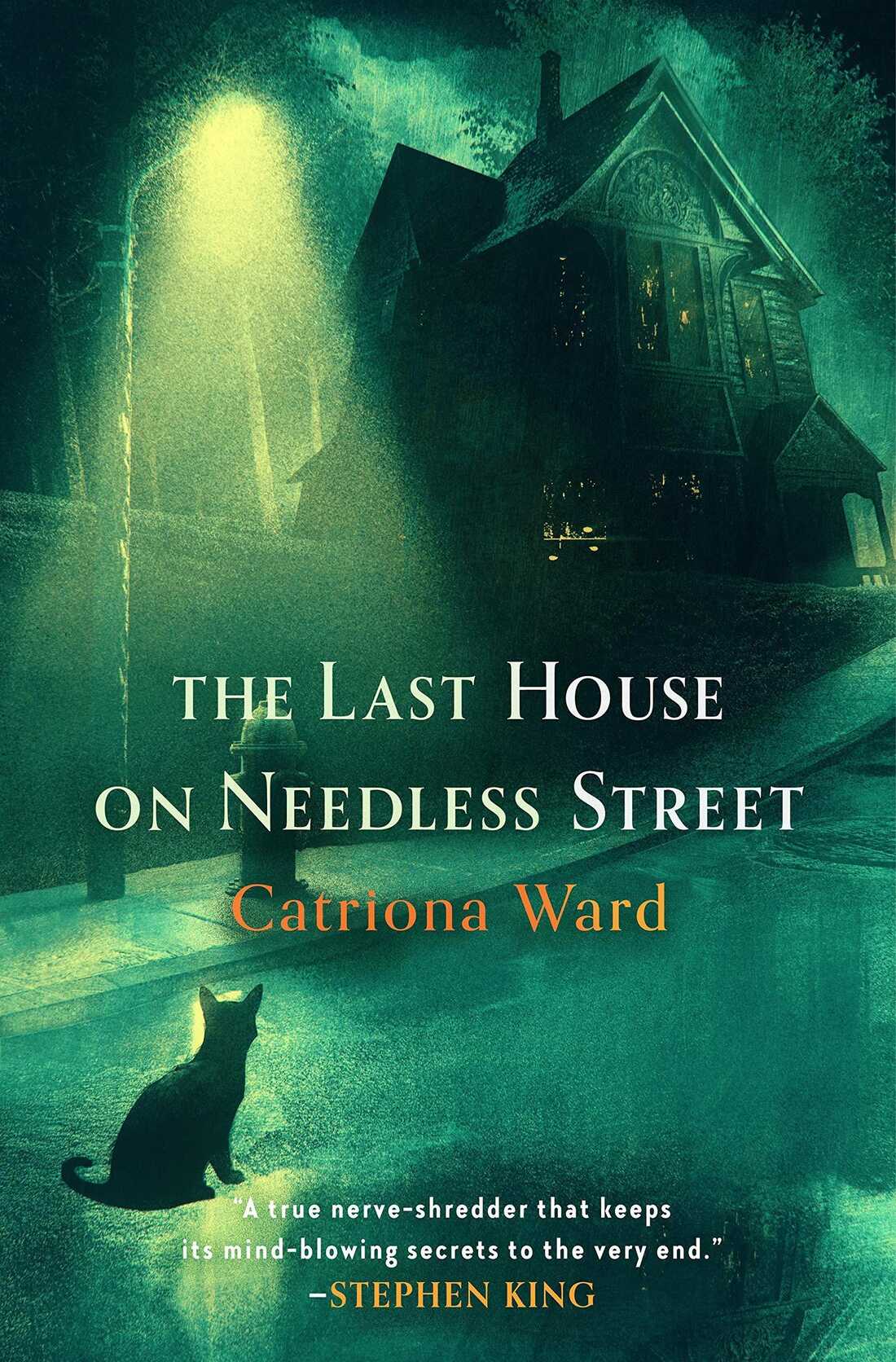 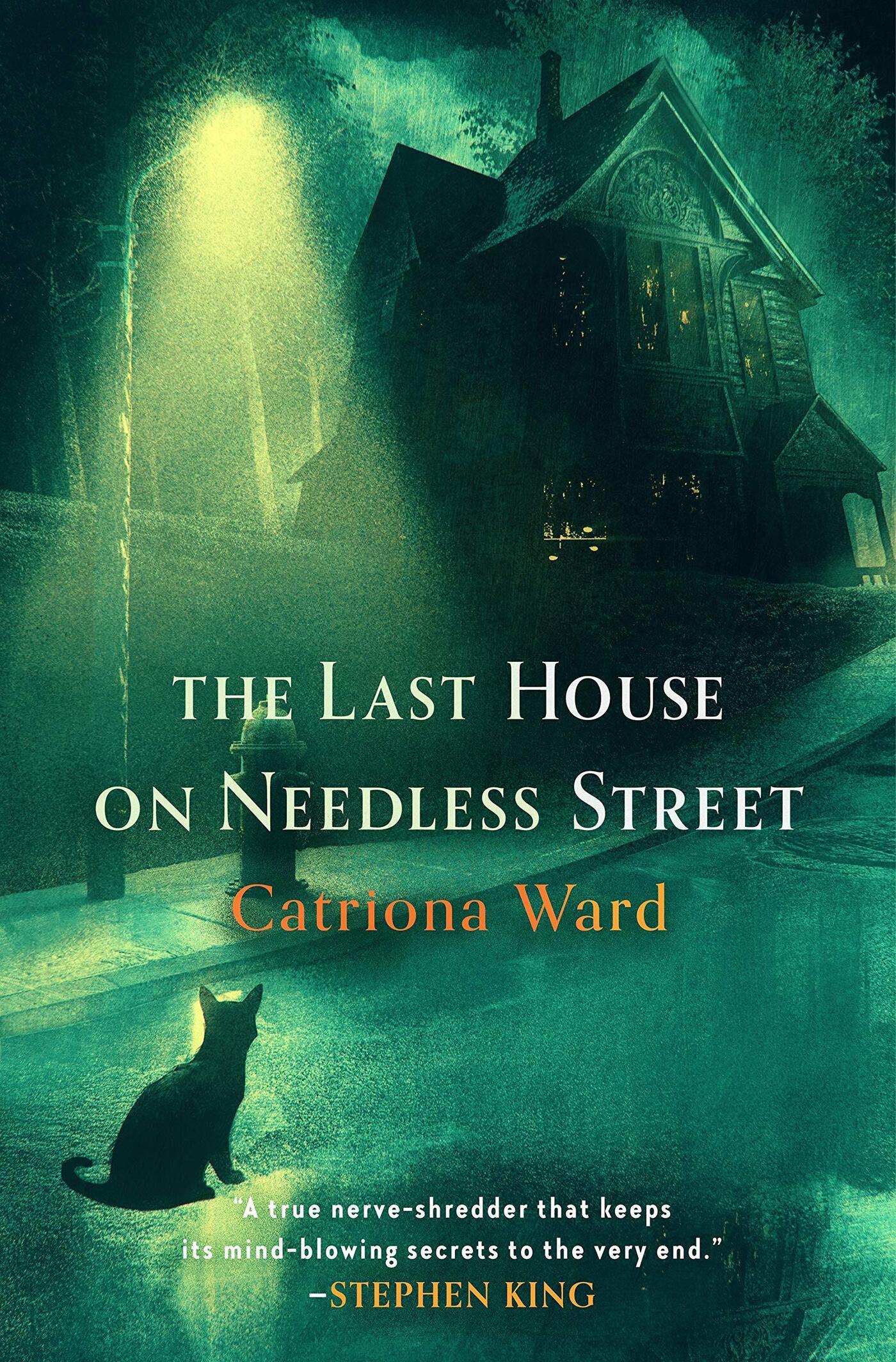 As soon as you crack open Catriona Ward’s The Last House on Needless Street, you know something’s very wrong. More than biting into a nice apple and finding a worm, this book is like unexpectedly stepping on the worm barefoot, only to find out the worm isn’t a worm — and I mean that in the best way possible. Horror fiction can scare readers, make them anxious, or upset their stomachs, but the most powerful narratives in the genre manage to create an unshakable sense of unease, and that’s exactly what this novel does.

Ted Bannerman lives alone with his cat Olivia in a dilapidated, boarded up house at the end of a cul-de-sac. He’s unemployed, drinks a lot, and suffers from a few undiagnosed mental health problems. His daughter Lauren comes to visit from time to time, but they never go out when she does, and their relationship is always tense and often violent. When a woman named Dee moves into the abandoned house next door while on her quest to find her sister, who was kidnapped years ago, Ted’s life begins to spiral into chaos.

That synopsis is short and covers just the basics. It’s also useless, because nothing in The Last House on Needless Street is what it seems. In fact, Ward’s most impressive feat here is that she keeps readers guessing from the first page to the last, even after revealing truths that change everything. Several important facts are clear from the start: Dee’s sister was kidnapped as a child while on vacation and Dee is obsessed with finding her, Ted is a loner haunted by his mother’s ghost and living in a dilapidated house, and Dee thinks Ted kidnapped her sister.

Pretty clear, right? Well, then there’s the rest: gods buried in the woods, the mystery of Lauren’s sporadic presence and brooding mood, angry green boys living in the attic, and Olivia, a cat who talks, reads, believes in God, wants to have a TV show, and suffers from dissociative identity disorder. That might sound confusing, but it’s all part of the dark, strange world Ward created for this unsettling story, and it all makes sense.

Ward uses unreliable narrators extremely well. Ted remembers details from his childhood, for example. His mother knew what he was at an early age after finding him killing an animal, and her words in that moment never left him: “For a long time, I have feared that this was in you. Now it is confirmed. I find that it is a relief. I no longer need to think of you as my son. No longer must I search my heart for a love that I cannot feel.” He also disappears for days at a time and finds himself saying things like “I did some damage when I was out” or realizes he’s thinking of the “wrong memory.”

‘The Last House on Needless Street’ is complex and multilayered, but more like a multiverse than an onion. Time is iffy and everyone is erratic.


Dee is driven by her obsession and seems to be somewhat in control, but then that image crumbles; she’s afraid of going to sleep because the “red birds will come flying into her head.” Lauren isn’t Lauren, and also suffers from severe dissociative identity disorder. And I won’t even start with the talking cat. The chapters alternate between Ted, Olivia, Lauren, and Dee, and none of them can be trusted.

Everything in The Last House on Needless Street is old, dirty, or broken. The same applies to the psyches of its characters. The creepy dilapidation of the outside world mirrors their mental state. No one is who they appear to be, a fact that is lost on them. Ted, for example, is unfamiliar to himself:

I took the mirrors down some years ago because they upset Lauren. But I don’t need a mirror to know how I look. Her words stung me. Big, fat. My belly is a rubber sack. It hangs like it has been strapped there. I’m getting bigger all the time. I can’t keep track of it. I knock things over, I bounce off doorways. I’m not used to how much space I take up in the world.

The Last House on Needless Street is complex and multilayered, but more like a multiverse than an onion. Time is iffy and everyone is erratic. There is a truth we begin to see relatively early on, but when you’re standing on shaky ground and the narrative keeps throwing curveballs your way, believing you know what’s happening is almost impossible.

Ward is a talented storyteller, and she shows that here. The atmosphere in this novel is depressing and the strangeness can lead to confusion — “‘The first time I tried to run,’ she says, ‘he took my feet. He broke them between two boards with a mallet. The second time I tried, you came out of my mind'” — but the experience is unlike anything else out there, and that makes it a must-read for those who like the kind of labyrinthine narratives that pull the rug out from under you, sending you tumbling into a dark, dark room.

Gabino Iglesias is an author, book reviewer and professor living in Austin, Texas. Find him on Twitter at @Gabino_Iglesias.