In another last-minute change, NYC gives remote families only one chance to switch to in-person learning 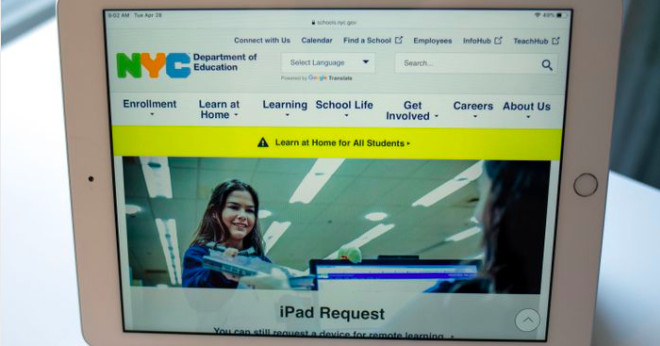 New York City public school families who have opted for fully virtual instruction will only have one opportunity to switch to in-person learning, officials said Monday. The education department previously told families the opportunity would be available once a quarter.

The abrupt change will affect more than 541,000 families who have opted for fully remote learning — more than half of the city’s students. They will now have just one chance to make the switch to in-person instruction during a window between Nov. 2 through Nov. 15, with students who opt back in returning to school buildings starting Nov. 30, which is the Monday after Thanksgiving.

Families who opt to return to school buildings will only be able to attend school in person one to three days a week in most cases, with the rest of instruction provided remotely. (Families can opt out of in-person instruction at any time.)

While many families were caught off guard by the announcement — and some may have been waiting on the sidelines until after the fall and winter to see what happens to coronavirus infection rates — Chancellor Richard Carranza defended the decision. Having one period to opt back into classrooms was made “for the sake of stability for all students, for families, and educators,” he said.

The decision will likely ease pressure on principals who would have been forced to reshuffle students’ schedules at various points throughout the school year, a potentially enormous staffing challenge on top of a school year that has been plagued by staffing shortages.

But it is yet another last-minute reversal that is likely to frustrate families as the city’s plans are once again shifting with little notice. Some families may not be prepared to make a decision this early in the fall that has implications for their child for the rest of the school year. Others may simply sign up for in-person learning to preserve their ability to send their children to school buildings in the future, even if they don’t intend to do so for now, something that could complicate schools’ ability to plan.

What's the goal here? Are they just trying to bully people back into classrooms, with no clear plan for how that would work? I thought we'd probably go back in the Spring, bc the data keeps shifting, but offering just one November gateway puts parents in a terrible position.

Our 5th grader is in remote, we had planned on waiting to 3rd quarter to make that social/emotional health vs. physical health decision around going back, based on how the winter went. Now we are being forced to decide in the next three weeks. 1/3

The policy change comes as far fewer students have actually shown up to school buildings than the city expected. Just 280,000 students have attended school in person over the last month, hundreds of thousands fewer than projected. In the 2019-2020 school year, about 1 million students attended the city’s district schools, and officials have not provided an enrollment number this year.

Officials emphasized that schools are safe for in-person learning and that the results so far of the city’s randomized testing in schools have suggested that coronavirus infection rates are relatively low, with about .15% of tests coming back positive, far less than the citywide average.

Still, infection rates have spiked in certain neighborhoods, something that could make some parents wary of rushing back to school. Over 120 schools across the city in coronavirus hotspots were shuttered in recent weeks, though many of those schools reopened Monday as infection rates have slid back down.

“There is no replacement for in-person learning,” Carranza said, “and it’s safe.”

Colorado parents, here’s what to ask your child’s school about reading instruction

Join us for a discussion about Michigan education policy during COVID

Polls: Parents Are Hurting Without Child Care But In No Rush To Reopen Schools

Online Contraceptive and STI Services During COVID-19: What are the options?