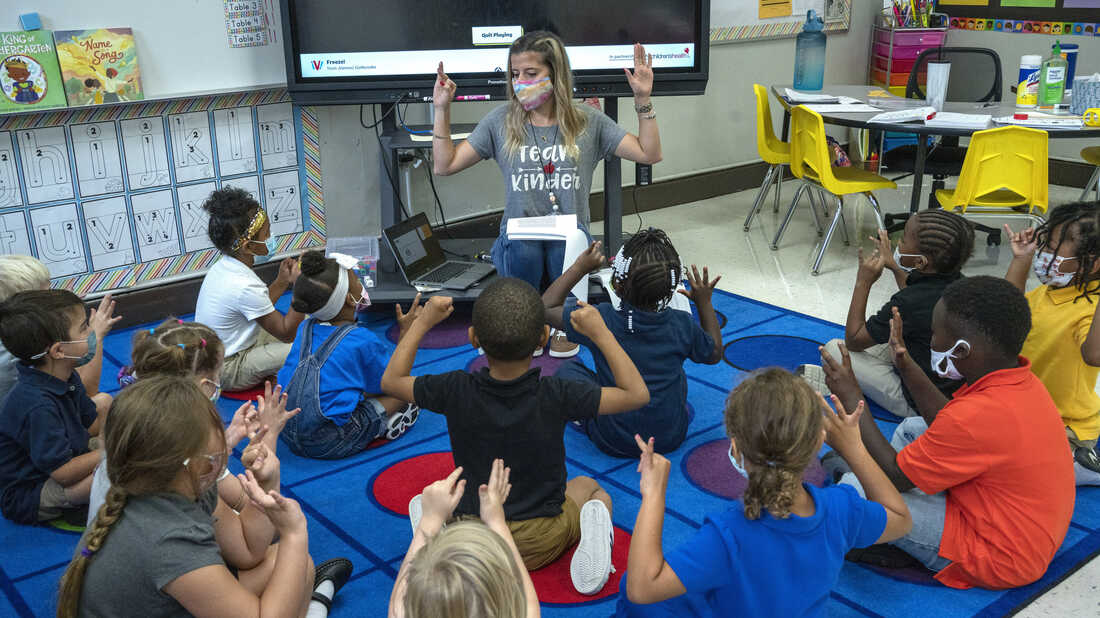 Nashville, Tenn., kindergarten teacher Amber Updegrove leads her class in a lesson this month. On Monday, the U.S. Department of Education announced an investigation into Tennessee’s requirement that schools allow families to opt out of mask mandates. John Partipilo/AP hide caption 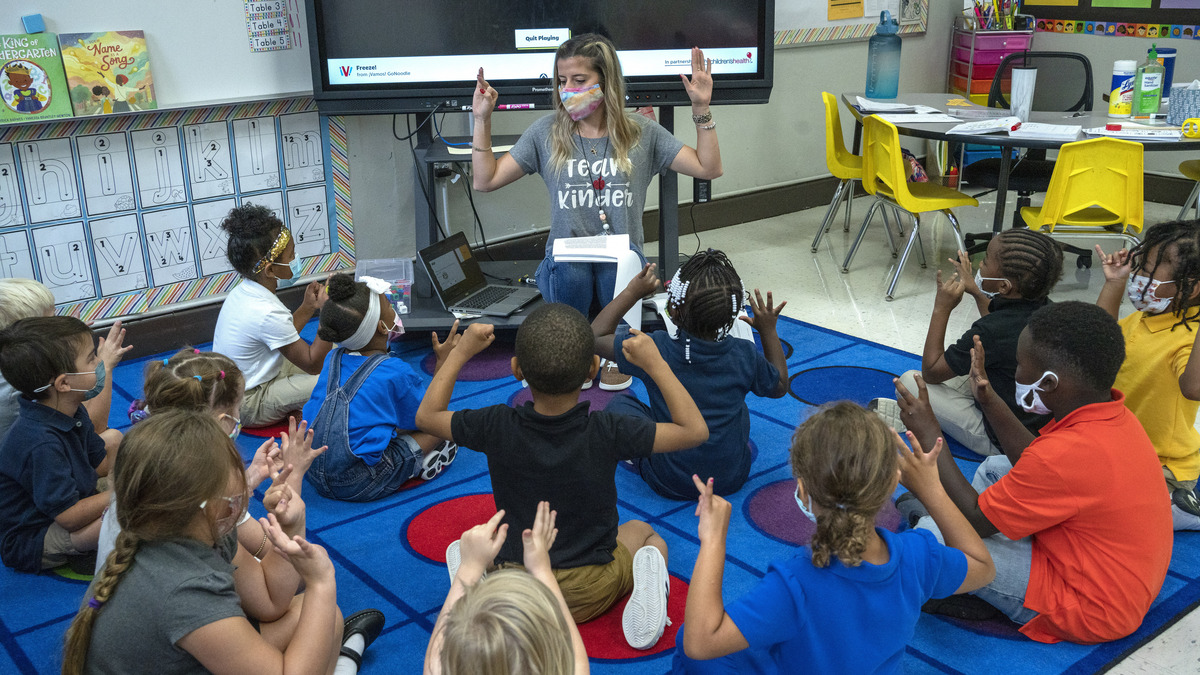 Nashville, Tenn., kindergarten teacher Amber Updegrove leads her class in a lesson this month. On Monday, the U.S. Department of Education announced an investigation into Tennessee’s requirement that schools allow families to opt out of mask mandates.

The U.S. Department of Education sent a warning to five states on Monday that their statewide bans on mask mandates, including in schools, could violate students’ civil rights. Suzanne B. Goldberg, the department’s acting assistant secretary for civil rights, sent letters to state education leaders in Iowa, Oklahoma, South Carolina, Tennessee and Utah, informing them that the department’s Office for Civil Rights is investigating whether their bans are discriminatory.

If students with disabilities do not feel safe returning to school because their classmates cannot be required to wear masks, the department’s argument goes, then these bans could be considered discriminatory and violate either Section 504 of the Rehabilitation Act of 1973 and/or Title II of the Americans With Disabilities Act of 1990.

The announcement comes after President Biden issued a memorandum on Aug. 18 in which he directed Education Secretary Miguel Cardona to ensure that “Governors and other officials are giving students the opportunity to participate and remain in safe full-time, in-person learning without compromising their health or the health of their families or communities.”

If the Education Department ultimately finds that these mask mandate bans do run afoul of federal civil rights law, it could threaten to withhold federal funding, though, on a recent appearance on NBC’s Meet the Press, Cardona conceded that this was less than ideal.

“When we talk about withholding funds, those who suffer are the students,” Cardona said. “Withholding funds doesn’t usually work. If anything, it adds insult to injury to these students who are trying to get into the classroom.”

The department says it is not at this time investigating other states with similar bans — including Texas, Florida, Arkansas and Arizona — because those bans are not currently being enforced, due to either court orders or other actions.

In a statement to NPR, Oklahoma State Superintendent of Public Instruction Joy Hofmeister, an elected Republican, said she supports the investigation:

“Regrettably, we are not surprised by this civil rights investigation spurred by passage of a state law prohibiting mask requirements in Oklahoma public schools. That law, Senate Bill 658, is preventing schools from fulfilling their legal duty to protect and provide all students the opportunity to learn more safely in-person. We will fully cooperate with USDE.”

In short, Hofmeister told NPR: “I want the law to be stricken.”

Utah’s state superintendent of public instruction, Sydnee Dickson, said in a statement: “While we appreciate [the Office for Civil Rights’] efforts to protect children, specifically students with disabilities, we think they have unfairly defined Utah as a state where mask mandates cannot occur. State law places these decisions at the local level with local health departments and locally elected officials. … We look forward to working with OCR to clarify Utah’s position on the issue.”