Digital Promise Seeks Next CEO as Karen Cator Moves On 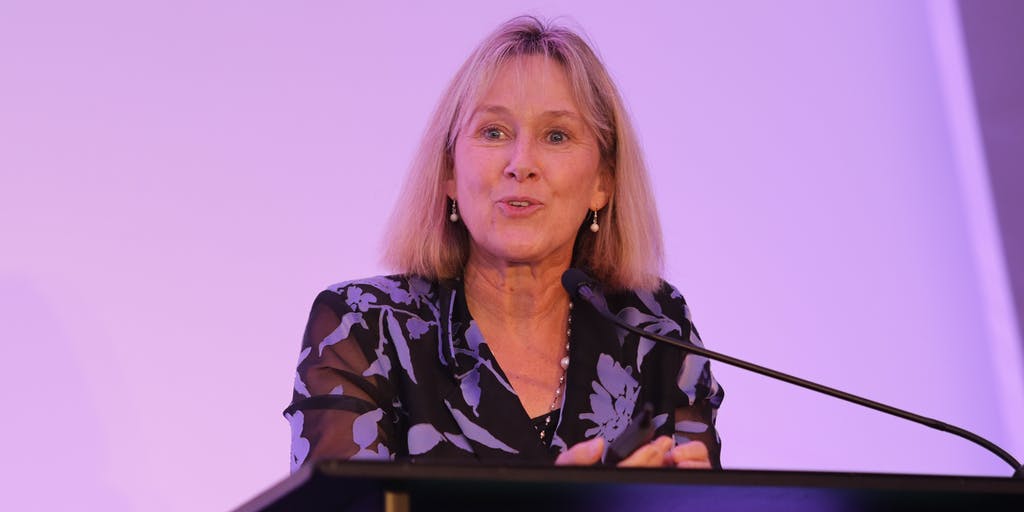 Karen Cator, one of education’s quiet but most effective innovators, is leaving Digital Promise.

The nonprofit posted yesterday that it’s seeking a new chief executive. And although Cator won’t divulge her plans, friends say that she’s heading back to the private sector. (More on that below).

I got to know Cator in the early days of EdSurge when she was director of the office of educational technology at the Department of Education in the Obama administration. She was a straight-speaking official who savored stories about teachers and students. What I didn’t know at the time was that her roots were squarely in the classroom; she spent 17 years in Alaska, first as a teacher then as a technology coordinator and later policy advisor.

Just as Cator was getting started as a teacher, computers began rolling into schools. “They just told us, ‘You guys just figure it out,’” she recalls. She helped students puzzle out early programming languages such as Logo and Basic. Even better: She saw how her students got excited when computers put them in charge of their own learning.

“I was blown away by how ahead of the curve the Juneau district was” in the late 1980s, recalls Linda Roberts, who visited there while doing research at the time for the Congressional Office of Technology Assessment. Students were using computers to create nature guides to the Mendenhall Glacier and communicate with science writers at the University of Anchorage. Cator was “innovative and pragmatic, and so good at bringing out the best in the teachers and students,” says Roberts.

Supporting teachers and how they learned stayed top of mind for Cator. Microcredentials? She was a fan. Figure out how to give teachers more direct buying power? Yes. And that advice she got as a young teacher—“just figure it out”—became an informal touchstone.

She was steadfast in her conviction that the role of public education was to give students, particularly those who didn’t have much, an equitability opportunity to learn with technology. Even so, like all teachers and parents, she knew technology had a dark side. “I worry a lot that we don’t know the long-term effects of using technology,” she says. “I worry about the social implications of so much of the social media behavior we see.

At the Department of Education (ED), she helped write the national education technology plan and ran roadshows that sent education Secretary Arnie Duncan to schools around the country via a bus. (Just figure it out.) When an old idea—create a nonprofit center to spur innovation in education—began to percolate, she helped it launch in 2011 with a Congressional mandate and $500,000 from the department, recalls Jim Shelton, who hired Cator.

She leaned in deeply after leaving ED in 2013 when she became Digital Promise’s CEO. At the time, Digital Promise had raised $2.5 million in funding and started the League of Innovative Schools with 23 districts.

At first, ED officials thought that getting districts together could help aggregate demands for edtech (and perhaps consolidate the industry’s complex pricing), Shelton recalls. But Cator heard from district leaders that they needed a safe place to learn, a place where they could point to innovations that worked (or didn’t) before trying them at home. (Just figure it out.)

Plenty of other projects followed: Verizon stepped in in 2014 with the “Verizon Innovative Schools,” pledging to support schools with devices and data plans and coaches. A few years later, Cator coaxed long-time education researchers, Barbara Means and Jeremy Roschelle, to join Digital Promise with an eye toward connecting the surprisingly distant worlds of academic education research with classroom teachers and districts.

EdSurge, too, collaborated with Digital Promise on a few projects, notably our Fusion conference and an awards program, and talked about others.

Not a micromanager, Cator delighted in getting the idea rolling and then making room for others to lead. “She puts the work first,” observes Tom Kalil, who worked with Cator when he served as deputy director at the Office of Science and Technology Policy in the Obama administration. “It’s never about raising her visibility or personal agenda. The work she does every day is about helping more students.”

Most recently, Cator started nudging Digital Promise into an international role. Under a project called “360 Story Lab,” it began compiling stories told by students around the world of how they use virtual and augmented reality technology to describe their communities.

Digital Promise pledged to harness technology “to improve all levels of learning and education,” a job that will never be finished. But Cator has used the organization to bring together many people from disparate groups—superintendents, researchers, teachers, technologists and others—that in the past had neither reason nor ways to connect. And she’s kept evidence—including both stories and research—at the center of the conversation.

Former colleagues predict that Cator will land back at her other alma mater—Apple, where she spent 12 years after leaving Alaska. That could make her one of the most senior leaders at one of the most influential technology companies with real classroom experience. It would give her an international platform, as every country scrambles to envision what education should look like in a post-COVID world. Keeping a human-centered lens, especially at a time when technology—from artificial intelligence to virtual reality—looms large, will matter to millions of learners and educators everywhere.

Just figure it out.

With No Study Buddies, More College Students Turn to Cheating