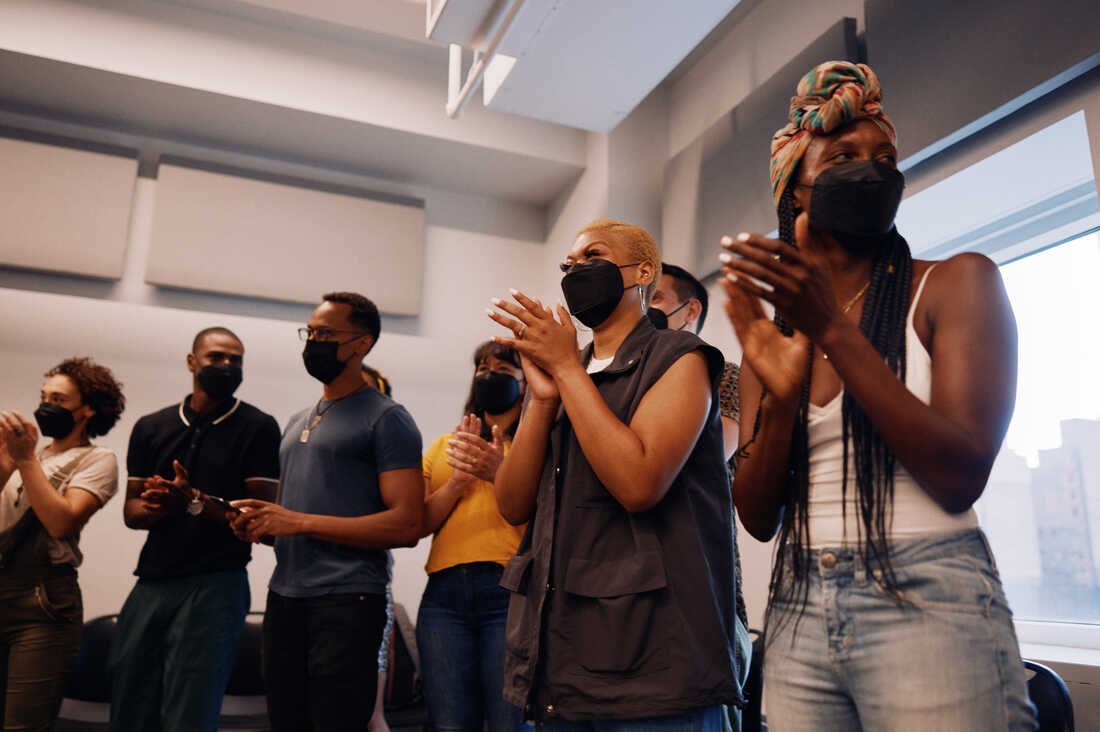 The cast of Hadestown gathered, masked, for their first rehearsal in 17 months. Broadway has strict safety protocols but there has been at least one breakthrough infection in a touring cast. Emilio Madrid-Kuser/OMDKC PR hide caption 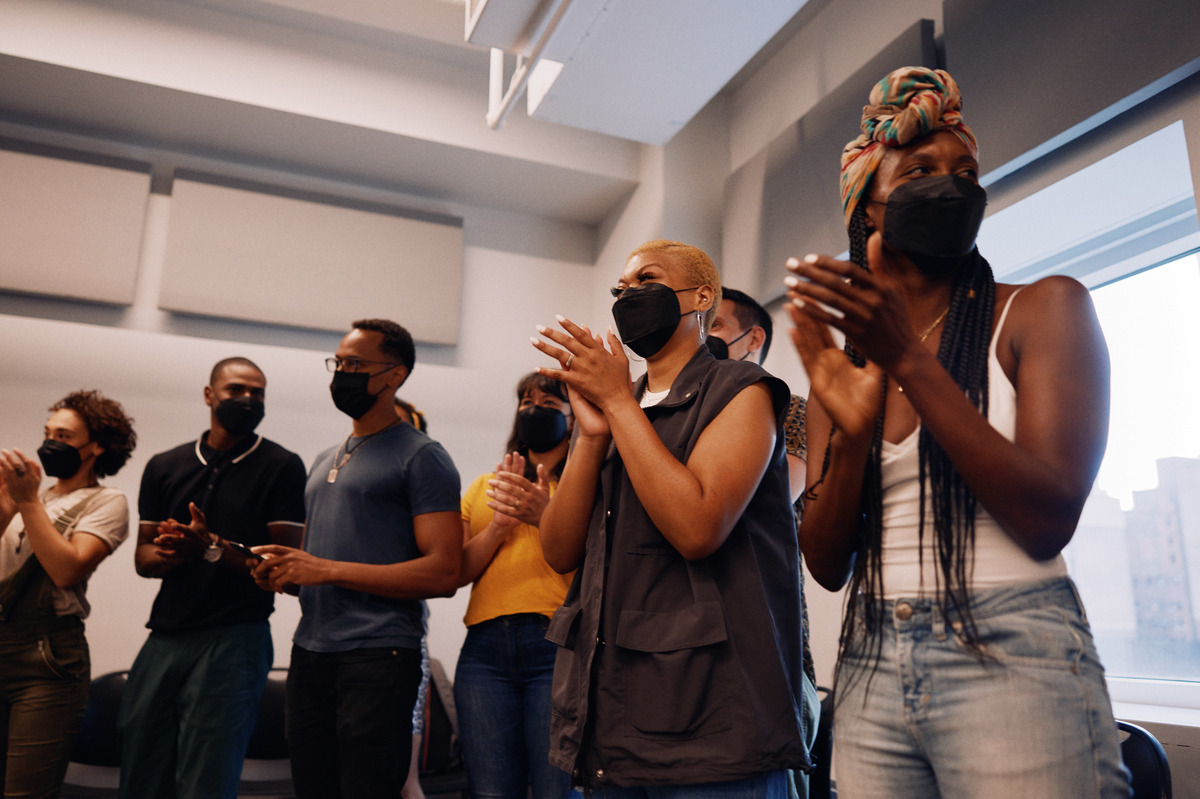 The cast of Hadestown gathered, masked, for their first rehearsal in 17 months. Broadway has strict safety protocols but there has been at least one breakthrough infection in a touring cast.

After 18 months, the first two musicals are returning to Broadway – Hadestown and Waitress – and over the course of the next several weeks, many more will reopen. The industry has been a leader in masking requirements and vaccine mandates, but what had been seen as a triumphant return to the stage has become something of an anxious moment.

On August 9, the actors and production staff of Hadestown gathered for their first rehearsal. Everyone was vaccinated, had a negative PCR test within 72 hours, and wore a mask. Lead producer Mara Isaacs said: “All the feelings are swirling; joy, anxiety, hope. Ultimately, I’m excited and bracing myself for whatever obstacles may get thrown in our path.”

And barring any unforeseen surprises, Hadestown will perform Thursday evening before 1,000 masked and vaccinated theatergoers. But those jitters – on Broadway and in theaters across the country – have people on edge because of the Delta variant. Recently, the Signature Theatre in New York announced it was postponing a new play by Pulitzer Prize-winning author Annie Baker, and San Francisco’s Magic Theater postponed Taylor Mac’s Joy and Pandemic. 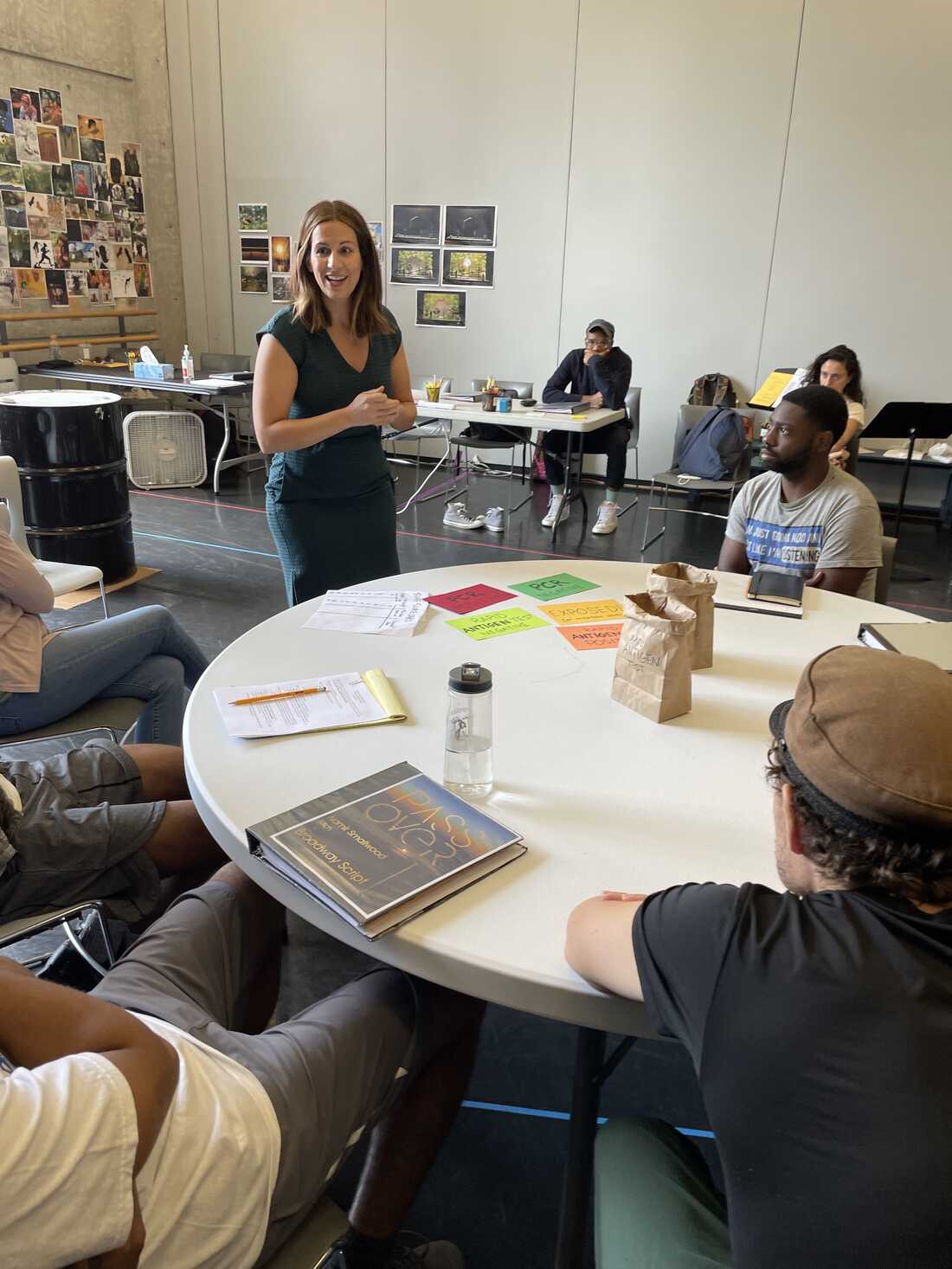 Dr. Blythe Adamson, shown above with cast members from Pass Over, is an epidemiologist and economist who is consulting with several Broadway shows and tours. Matt Ross hide caption 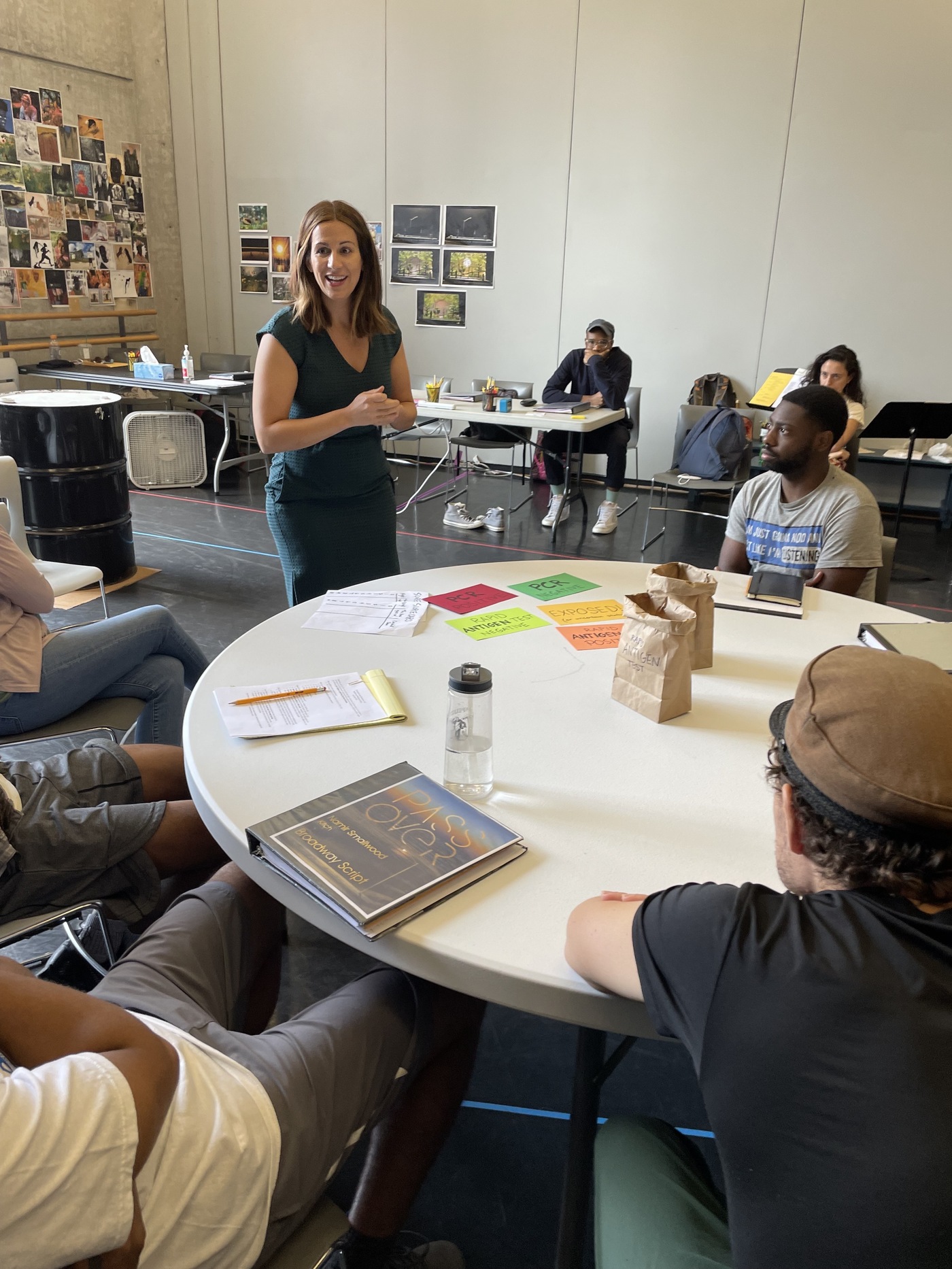 Dr. Blythe Adamson, shown above with cast members from Pass Over, is an epidemiologist and economist who is consulting with several Broadway shows and tours.

And in one Broadway tour that is already giving performances, there has been a breakthrough infection. “I have three companies running in the United States right now; in Atlanta, San Francisco and Los Angeles,” says Jeffrey Seller, lead producer of Hamilton, which returns to Broadway on September 14. “And over the last three weeks, we have had exactly one person test positive amongst all three of those companies. And I will say that person is quarantining at home and they’re safe.”

And because frequent COVID tests can capture positive results before an infected person reaches peak infectiousness, other members of the company can stay safe, as well, says Dr. Blythe Adamson, an epidemiologist and economist who consulted with the NBA during the 2020 bubble, who is consulting with several Broadway shows and tours. “Whether it’s the original strain or it’s the Delta strain, the main tools that we have are the same,” she says. “It’s vaccination, testing, ventilation and masking. And it’s using all of those at the same time that helps us have confidence that we can safely be able to reopen these theaters.”

As a matter of fact, to keep everyone safe, the union Actors’ Equity insisted on a new production position: the COVID safety manager. That’s Pamela Remler’s job on the play, Pass Over. She’s in touch with all departments, from backstage to front of house. “We test everyone,” she explains. “We test the concessions, the porters, the ushers, the house managers. Everyone in that building is tested. Then, in addition to that, I keep a contact tracing record of everyone that’s coming through the backstage or in the backstage area.”

And backstage, everyone wears a KN95 mask, no exceptions. “Even our actors have a peg offstage where their mask gets banked right before they go onstage,” says Pass Over’s producer, Matt Ross. “They put it right back on when they come offstage.”

PPE is especially important in shows like The Lion King and Frozen, that feature kids under the age of 12, who are not eligible to be vaccinated. “For the people who are in closer contact with the kids – hair and makeup people, wardrobe people – in addition to a face covering, they’ll have a face shield,” says Disney Theatricals production supervisor Mimi Intagliata. “They’ll have a double mask and some sort of goggles or safety glasses.”

The culture of ‘the show must go on,’ it has to be left behind. Don’t go to work if you don’t feel well.

Mary McColl, executive director of Actors’ Equity Association, says COVID protocols have created a whole new mindset for professional theaters in the country. “The culture of ‘the show must go on,’ it has to be left behind,” she says. “Don’t go to work if you don’t feel well. That is not the way the industry has operated.”

And the culture of the after-theater drink, for actors and stagehands, is a thing of the past, as well. Dr. Blythe Adamson says she finds it encouraging to see how seriously people in Pass Over have changed their lifestyles. “These actors, they basically are wearing a KN95 on their face from the moment they leave the theater until they come home at night,” she says. “And [they] don’t go out to restaurants! … They’ve lost all of their social life because it matters to them so much. And so, I think that there is a social contract among people who want to participate as part of a company like this; to behave in a way outside of the workplace that really reflects their investment in keeping their community safe.”

But will audiences feel safe returning? To bring them back, a splashy new ad campaign, This Is Broadway, voiced by Oprah Winfrey, launched on Monday. Producer Matt Ross says with all of Broadway’s COVID safety protocols, “I would sit in the theater with a mask on where I know the ventilation system and I know the vaccination status of everyone before I would sit indoors and eat at a restaurant right now or go to the gym.”