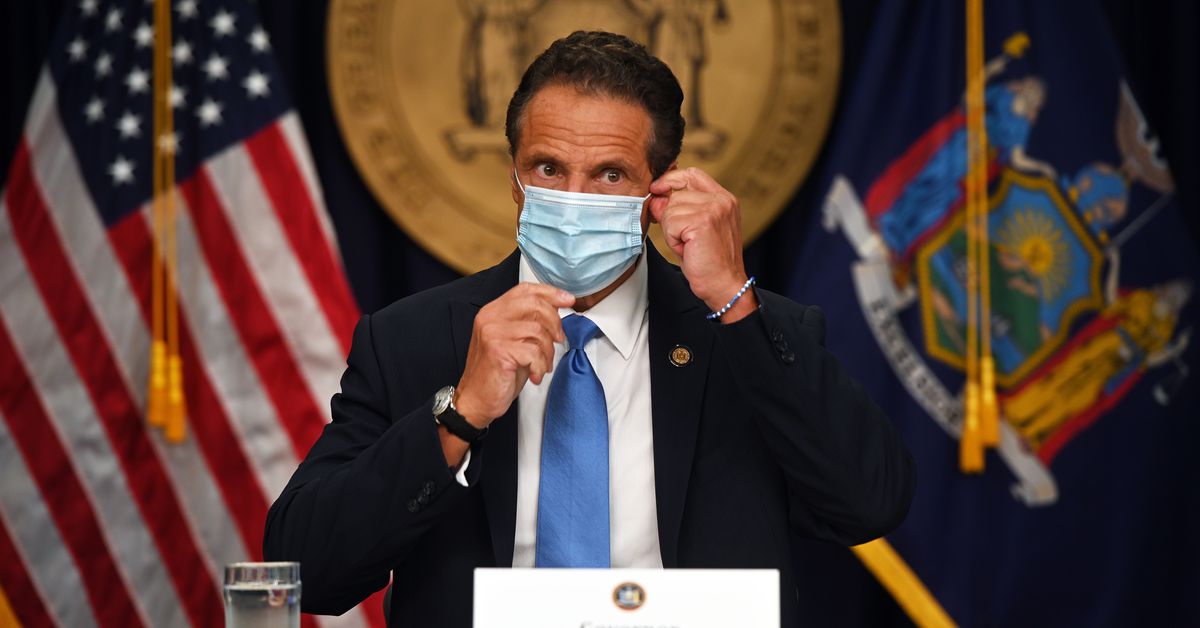 About 100 public and 200 private schools in coronavirus hot spots will close Tuesday, one day sooner than Mayor Bill de Blasio had planned, according to Gov. Andrew Cuomo.

The schools in Far Rockaway, Southern Brooklyn, and Central Queens will close by end-of-day Monday. De Blasio had said schools will remain closed for at least the next two weeks, but Cuomo did not confirm that time line, saying reopening criteria must still be established.

“I said to the parents of this state, I will not allow your child to be sent to any school that I would not send my child, period, and you have my personal word,” Cuomo told reporters, who said the state would ramp up enforcement of mask wearing in hotspot communities.

Unless students or staff within specific schools tested positive for the coronavirus, the mayor previously said he had no plans to shutter individual schools. Rather he would only close schools citywide — and only if New York City’s overall positivity rate exceeded 3% over seven days.

As positivity rates spiked in several communities over the past week, the city teachers union urged the mayor to close schools in those areas. This weekend, facing mounting pressure from the union, de Blasio sought the state’s approval for a plan to close schools and non-essential businesses by Wednesday in nine ZIP codes where the coronavirus positivity rate had steadily grown past 3%.

On Monday, Cuomo approved de Blasio’s plan for schools, but he said the closures should go into effect Tuesday morning. He did not support New York City’s planned closure of non-essential businesses, saying he didn’t think they were “mass spreaders” as opposed to schools, which could create “super-spreading situations,” even though there is no definitive evidence that K-12 schools employing virus safety measures are super spreaders. De Blasio said he would move ahead with those business closures unless he hears directly from the state.

Many public health experts said New York City was in a good position to open schools safely because of its low COVID-19 positivity rate, as long as schools took safety precautions such as requiring masks, social distancing, and proper air ventilation. For weeks the rate had hovered around 1%. Researchers are still working to understand how children transmit the virus. A recent study found that older teenagers are more likely than children younger than 10 to be infected with the virus and transmit it to others.

Cuomo — who spoke with de Blasio, Comptroller Scott Stringer, Council Speaker Corey Johnson, and teachers union president Michael Mulgrew shortly before his afternoon press conference — also said he was concerned that coronavirus testing has not happened at all schools inside of hotspots. The city had planned to begin a random testing program at all schools this week. Last week city officials had started to ramp up testing at schools in areas with rising positivity rates.

Mulgrew, Johnson, and Stringer all called for schools to close down Tuesday, Cuomo said.

De Blasio wanted to wait until Wednesday to close buildings to give teachers time to help students prepare for virtual learning and hand out devices. That move prompted outcry from some educators and a city councilman, who said it didn’t make sense to wait.

Since last week, Cuomo has blamed local governments for the rise in coronavirus cases, which have also appeared in some areas outside the city, saying that local officials were failing to enforce social distancing and mask-wearing rules. But he did not call for the closure of schools in other communities where overall virus rates were higher. He said the state “may close the schools” elsewhere and would speak to leaders in those communities on Tuesday.

De Blasio emphasized that there has been no evidence of community transmission inside of schools, but that the city was shuttering them along with businesses out of an abundance of caution.

Under de Blasio’s plan, these closed schools would reopen after two weeks if their communities show a coronavirus positivity rate that stays below 3% for seven consecutive days.

Observers have questioned how effective the plan to close schools will be in keeping positivity rates low, since many students and teachers who live in these targeted areas will still be traveling to schools outside of their home neighborhoods. Cuomo acknowledged that closing by ZIP codes was “imperfect,” and the state is working to find a better way to close communities.

Starting this week, New York City is expected to begin randomly testing 10-20% of students and staff at every school, though separate testing protocols were being established for District 75, which serves students with the most complex disabilities. The education department recently backpedaled a rule that student testing would be mandatory and is now asking parents to consent to having their children swabbed.

Additionally, a recent study found that the city may need to test half of its students and staff twice a month in order to prevent outbreaks at schools.

Like schools across the country, Lompoc Unified School District was thrown into distance learning with little warning and no real...

For Sandra Paul, Director of of Information Technology at the Township of Union Public Schools in Northern New Jersey, the...

The UK government has announced it will establish a global travel taskforce to help tackle the challenges posed by Covid-19...

Asians and Asian Australians are facing racism in mainstream social commentary during Covid-19, according to a new report by charity...

Can Your Students Tell the Difference Between Fact and Fiction?

Information flies by in our social media feeds, pops into our private messages and invades our inboxes. Sometimes I feel...

State officials have pulled a controversial proposal that would have allowed non-lawyers to oversee special education complaints in New York...

These 103 NYC public schools in COVID hotspots will close