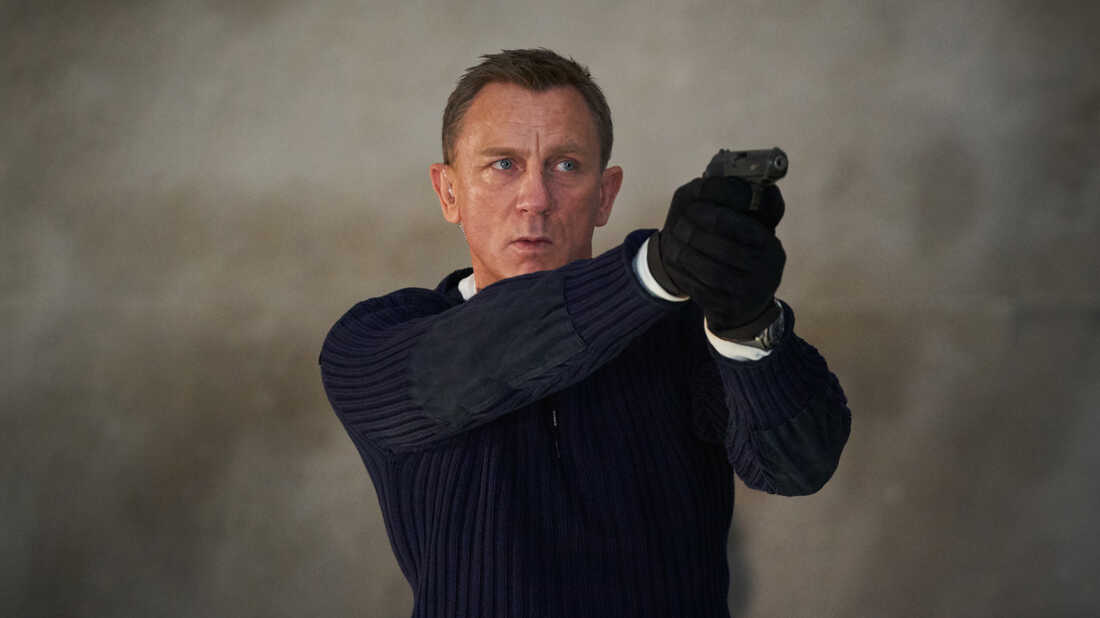 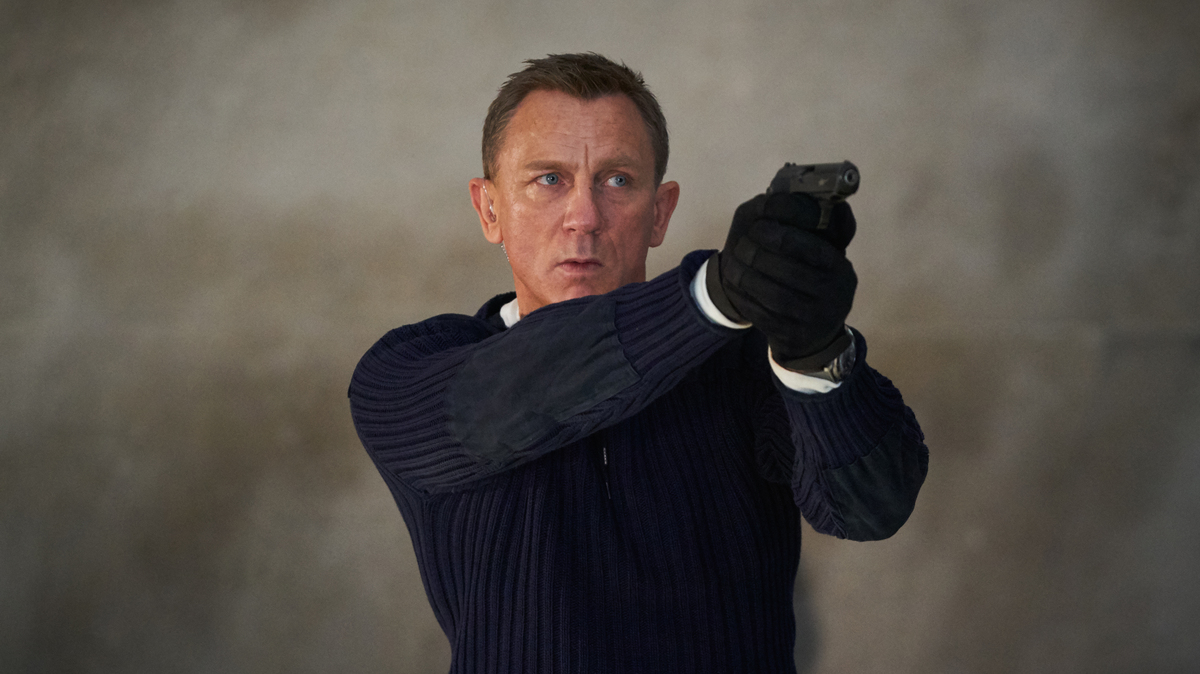 Daniel Craig as James Bond in No Time to Die.

(Warning: a few plot details may emerge, shaken but not stirred, about the new James Bond film No Time to Die. So be prepared for potential spoilers.)

I remember the moment when I first fell in love with British secret agent James Bond.

My uncle had sneaked me into a showing of 1971’s Diamonds Are Forever in the theater (yes, I know how much that dates me). A bit into the story, Sean Connery’s intrepid Bond unzipped a woman’s dress, letting it fall to the floor — to make sure she had no weapons on her, I’m sure.

Looking at that scene through the fingers of my uncle’s hand – he was cool with the film’s violence, but didn’t know THAT was coming and tried to keep me from seeing it – I knew I had found a new hero.

As the 25th Bond film No Time To Die hits theaters, fans like me will flock to theaters for Daniel Craig’s final turn as the character, at a pivotal time for the nearly 60-year-old film franchise. At the risk of inciting Roger Moore or George Lazenby fans, Craig’s Bond has always been my second favorite – closest to the man novelist/creator Ian Fleming described as a “blunt instrument” in service of Her Majesty’s government.

I’ve also appreciated the many ways Craig’s version of Bond has been refined and tweaked to address modern sensibilities — I’ll talk about that in more detail a little further down.

Still, Bond also often stands as an avatar for British colonialism and white, male privilege. And as I learn more about how those ideas have been embedded in media and society, the harder it becomes to sit back and enjoy his latest adventure.

I’ve even coined a term for my struggle: White Guy Hero Infatuation Syndrome.

I know it’s tough for some people to consider that a character they have loved for years, even decades, might also be the embodiment of something pernicious as white privilege. And I’m sure some fans may react by denigrating me or my ideas (or by saying, what took you so long?).

But I think this is an important notion worth exploring. Because it is something I have confronted many times as a Black media critic who loves superheroes and super spies. 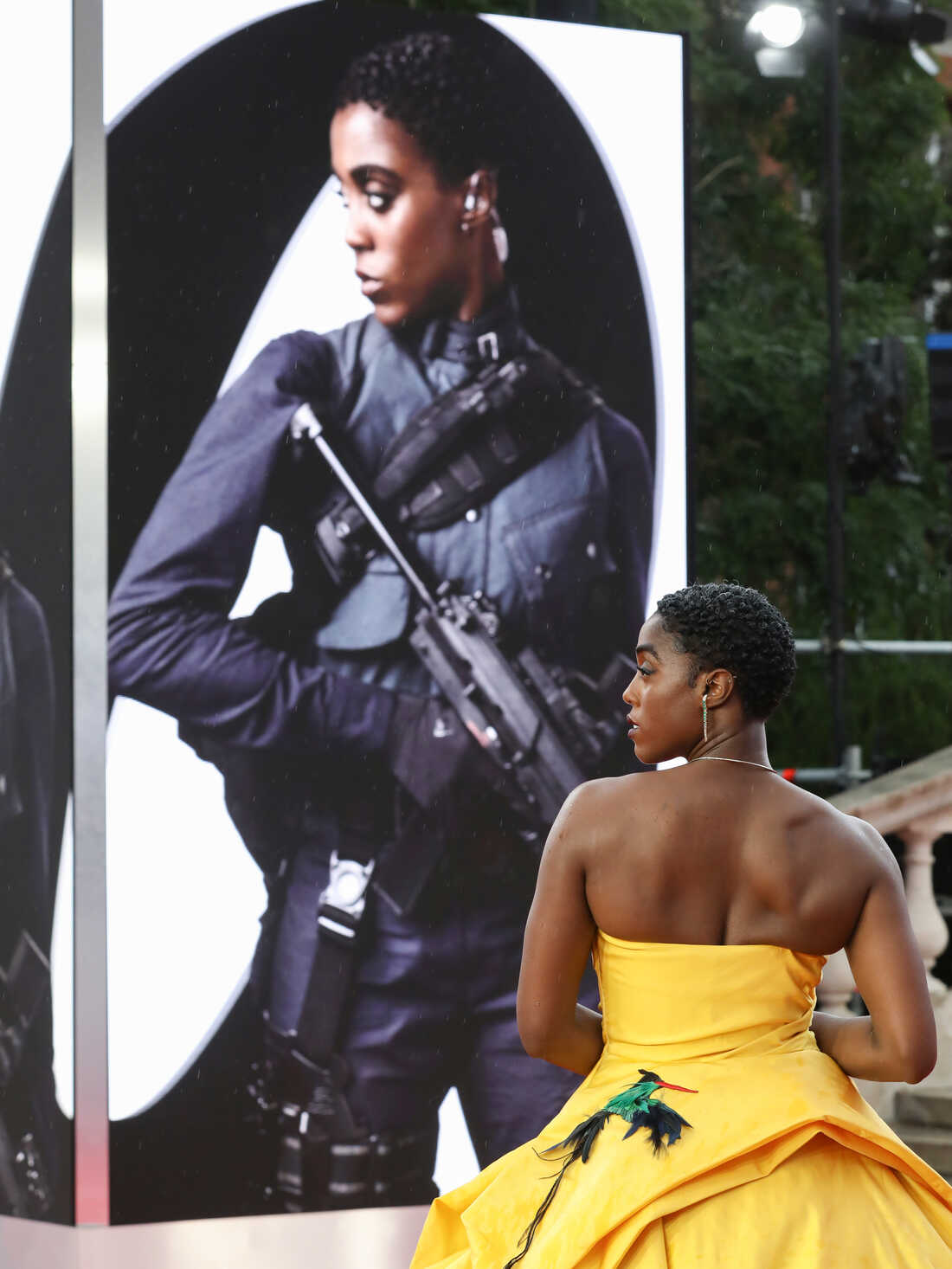 Lashana Lynch at the world premiere of No Time to Die in September. Tristan Fewings/Getty Images for EON Productions hide caption Lashana Lynch at the world premiere of No Time to Die in September.

I worried about this while sitting through a preview screening of No Time to Die, which features Lashana Lynch as Nomi, a super-capable new MI6 agent given the 007 designation after Bond leaves the service. She is an electric rival for Bond, a powerful Black woman who takes care of business, yet somehow winds up stepping aside to let him take center stage.

She’s not the only one. Naomie Harris plays a vibrant update of the Miss Moneypenny character, who worked a mission alongside Bond in the field during the 2012 film Skyfall. But before long, Eve Moneypenny was installed as dutiful secretary to Bond’s boss M, just like the Moneypenny character played by Lois Maxwell in the Connery, Lazenby and Moore films.

Ana de Armas is earning raves playing Paloma, a CIA agent who helps Bond dispatch bad guys in Cuba with an unexpected flair. But all these capable women, including Léa Seydoux as his love interest Madeleine Swann, take a back seat to Bond, once he decides to get involved and save the day.

Such male centering is, admittedly, more genteel than the muscular sexism Connery deployed as Bond in movies like 1964’s Goldfinger. In that film, when CIA agent Felix Leiter turns up for a chat while Bond is getting a poolside massage from a pretty blonde, the British agent slaps her posterior and orders her away with a curt aside: “Man talk.” 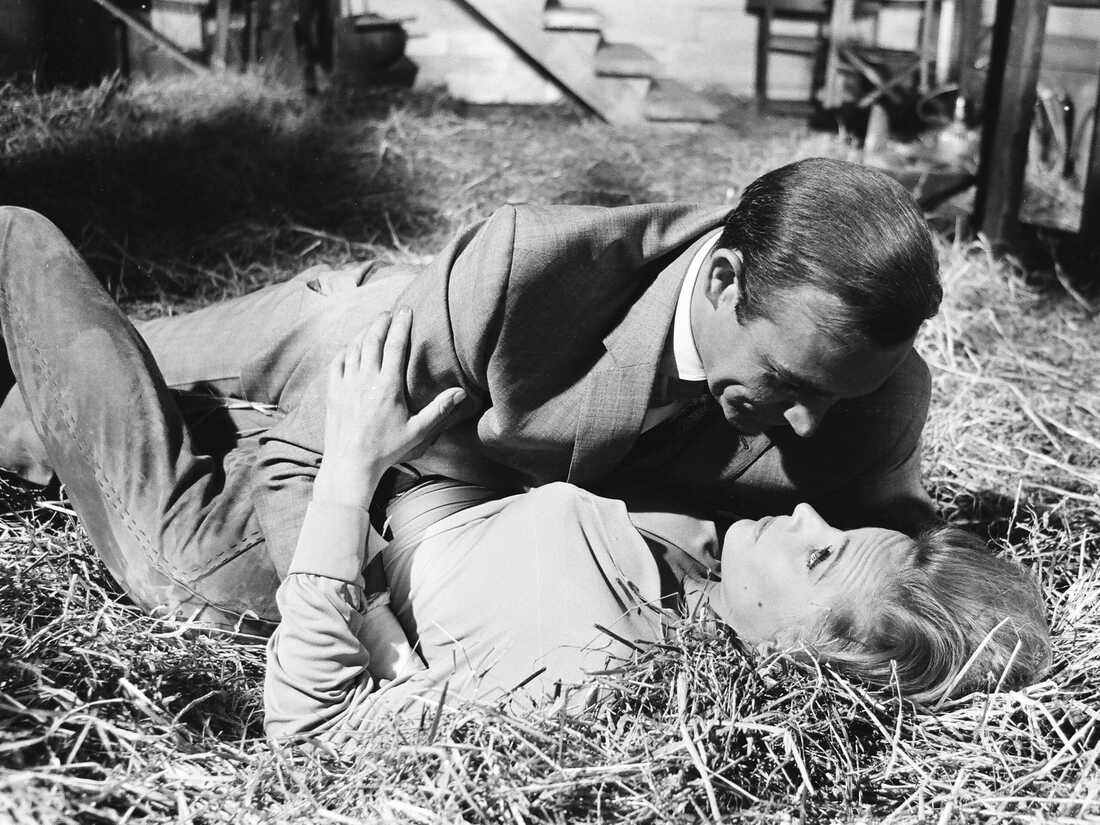 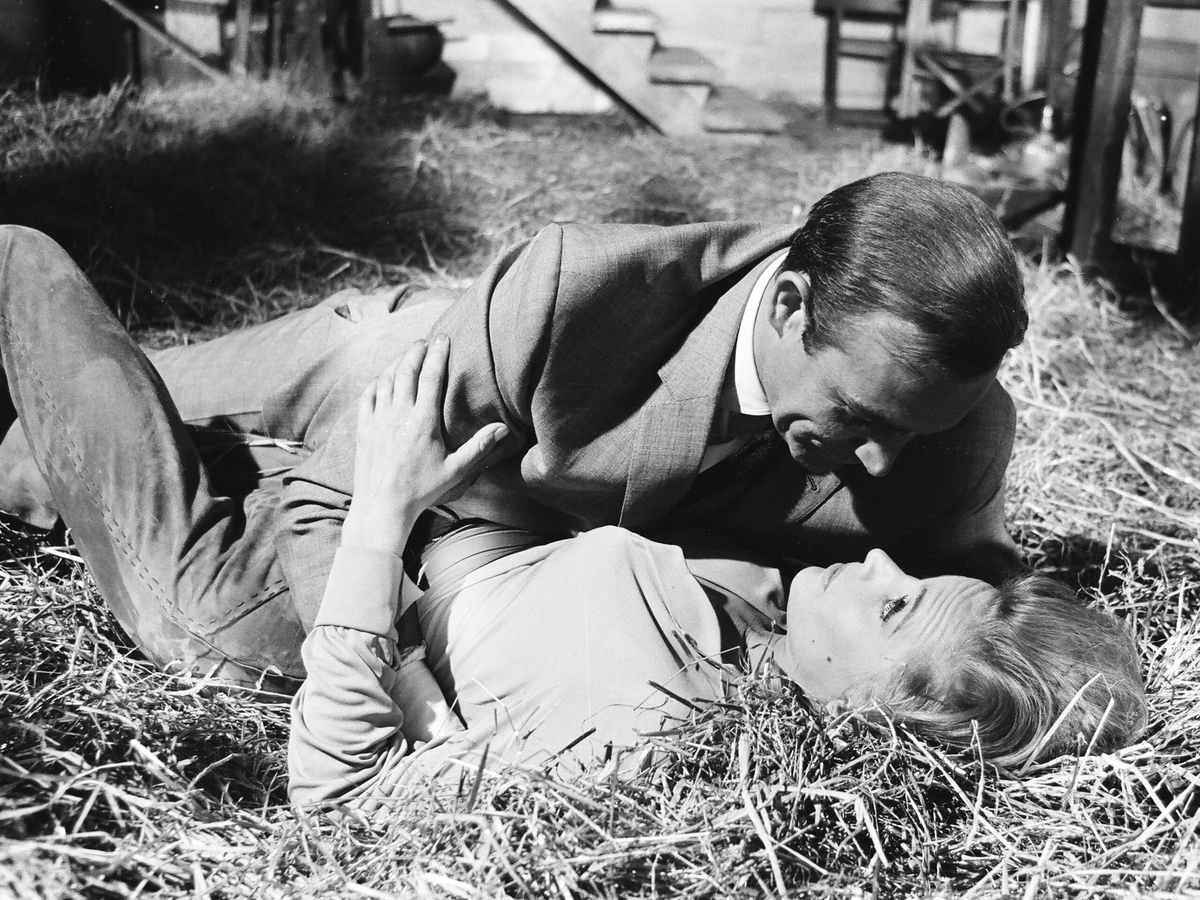 Sean Connery and Honor Blackman filming a fight scene in Goldfinger in 1964.

Connery’s Bond also perpetuated the dangerous myth that women find a man who forces himself on them irresistible – as in his classic confrontation with Honor Blackman’s character in 1964′s Goldfinger. Or that it’s permissible to speak to women like they are dimwitted children. Or that unzipping their dress minutes after meeting them is considered acceptable behavior.

And don’t get me started on how Connery’s Bond treated Quarrel, the stereotypically bug-eyed Black man who acts as a “fixer” for him in Jamaica during the first Bond film, 1962’s Dr. No. As they run across a beach, trying to stay hidden from the bad guy’s goons, Bond tells Quarrel to “fetch my shoes,” as if he was speaking to a valet, rather than a local partner.

Bond as a vision of urbane cool and male privilege

Bond films have always offered a vision of urbane cool – a British agent who is in command and at ease in any environment across the world. He transported fans to faraway lands they’d likely never visit, to provide a taste of cultures they might never otherwise experience.

But he also walks the world as if it were made to be run and ruled by wealthy, capable white men. And that is not a vision that Craig’s Bond has quite managed to shake. 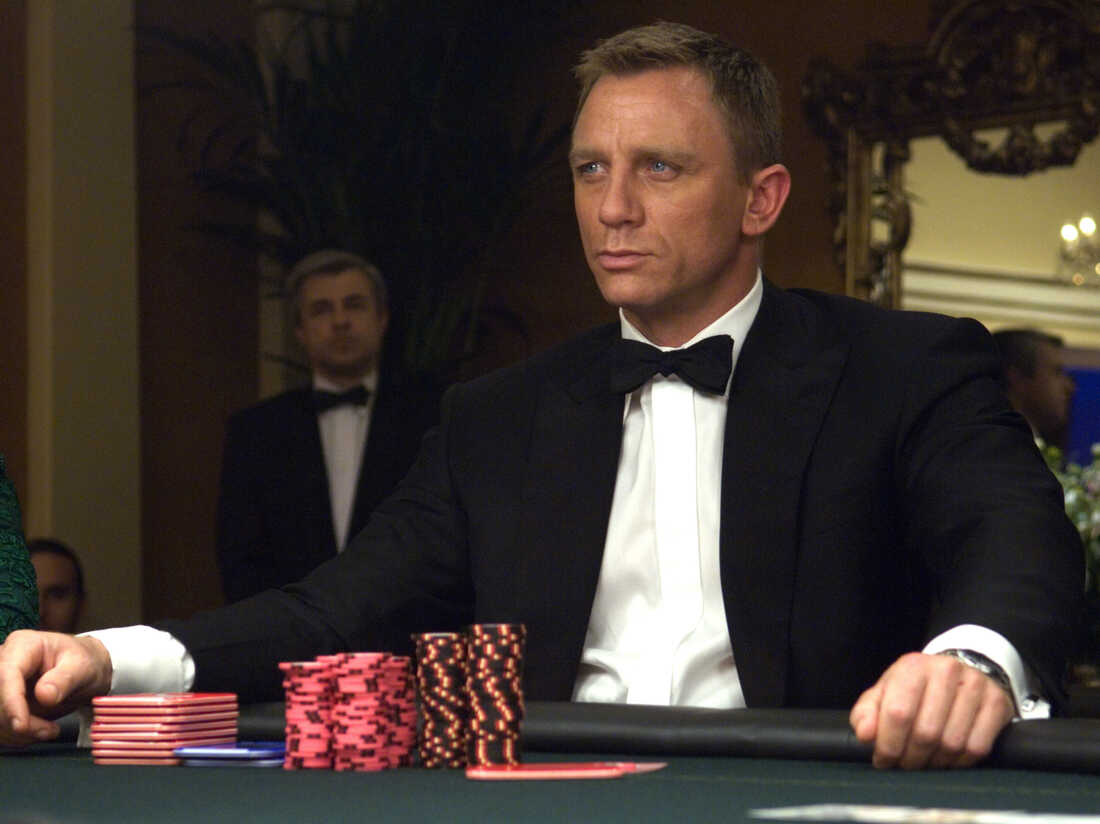 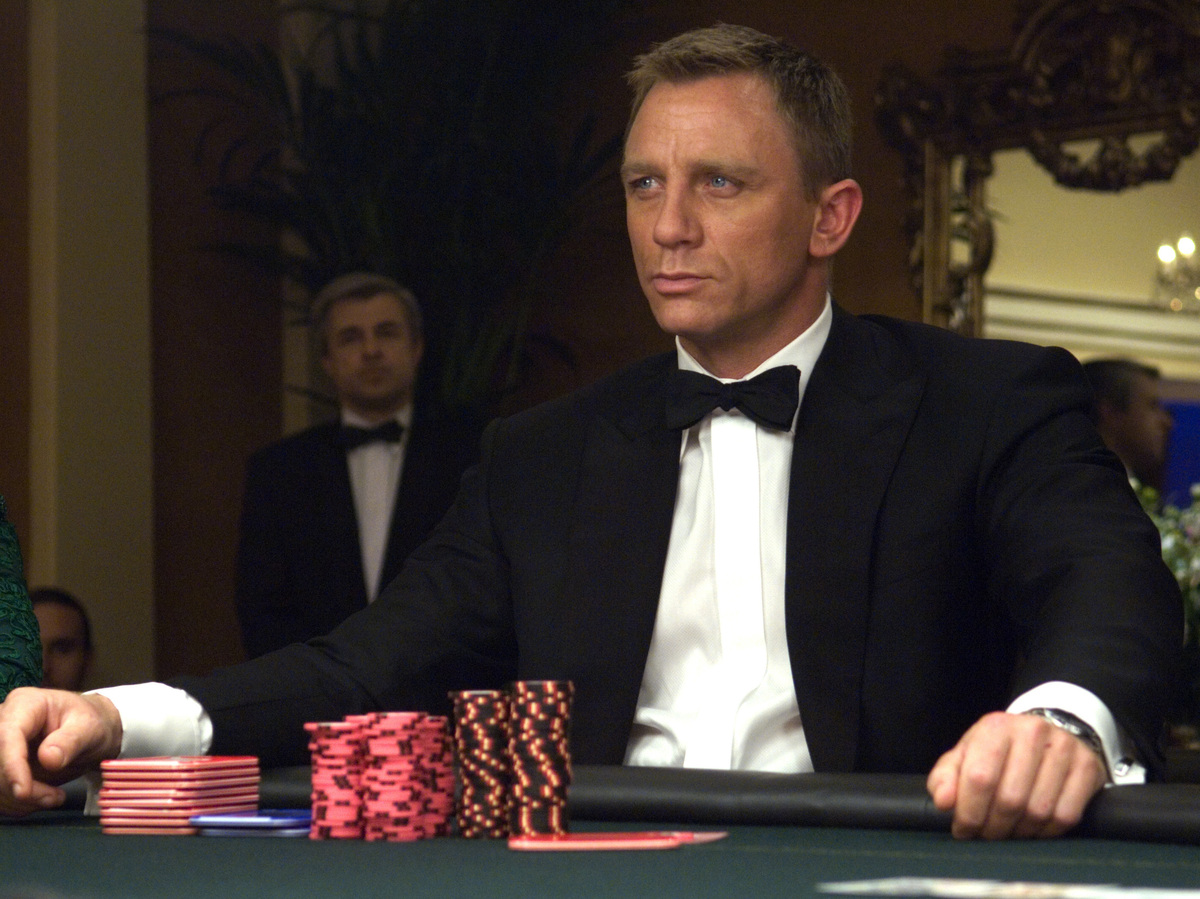 Still, I have immense admiration for what Craig has achieved in this role. He’s turned a cartoonish cipher of a character into something that often resembles a human being. And he started it with a towering reinvention of a film – Casino Royale, again – which he made while some fans were still circulating petitions demanding he be fired because he was blonde and blue-eyed.

The best Bonds are often reflections of their times. So Craig’s Bond has been more realistic, rebellious and introspective, befitting a world where Jason Bourne and Mission: Impossible‘s Ethan Hunt have helped reinvent rules for the modern espionage thriller.

Craig’s Bond questions his role as a government hitman and tries to walk away from it several times. He falls in love more than once and we learn his backstory in a depth provided for few other Bonds. And the attempt to explain his womanizing — at least, in his first film, 2006’s Casino Royale — as a result of his personal flaws. Namely, an unwillingness to commit.

(I particularly loved how they showcased Craig’s muscular physique in a shot from Casino Royale where he walked out of water onto a beach, in a not-too-subtle callback to the iconic scene in which a bikini-clad Ursula Andress was introduced in Dr. No. Encouraging audiences to ogle the guy instead of the girl, reframing a type of entrance often used to objectify women in past Bond movies.)

I still rewatch Bond films often, particularly the Connery classics, along with Casino Royale and Skyfall. When I do, the fanboy part of me is at war with the media critic. One side of me is lost in the absolute coolness of the suave masculinity Bond so often symbolizes as the world’s most successful secret agent.

The other is painfully aware of the inequalities and oppression such portrayals have embodied in the past, and how much they may feed our real life fantasies for a powerful white, male savior to set things right, even now.

Even now, I wonder: Can I enjoy these newer Bond movies and appreciate why they are thrilling, while rejecting the tropes which still suggest a white, male centered world is just and appropriate? As a critic, I often warn people against assuming you are not affected by media subtexts, just because you are aware of them.

Couldn’t that be true for me when it comes to my White Guy Hero Infatuation Syndrome with James Bond?

Can a new Bond actor subvert the formula?

As producers on the Bond films consider who will follow Craig, I believe these questions I’m asking may complicate that choice. You can’t just cast a Black actor like Idris Elba or Regé-Jean Page as Bond and pretend he can have the same adventures. Or that he will stand for the same things.

A Black man who serves as an undercover assassin for the British government brings a whole new set of subtexts. Yet, casting a white actor like Tom Hardy or Henry Cavill doesn’t seem to meet the moment, either. And there is a big part of me that would love to see a bold, young talent like I May Destroy You star Michaela Coel take on this challenge – as both a writer and star.

Ultimately, whoever takes up the mantle as the new James Bond faces a challenge beyond six decades of film history and Craig’s own masterful performance. They will have to find a new vision of Bond that puts even more distance between a contemporary version of the character and its long legacy of elevating a white, male hero over everyone else.