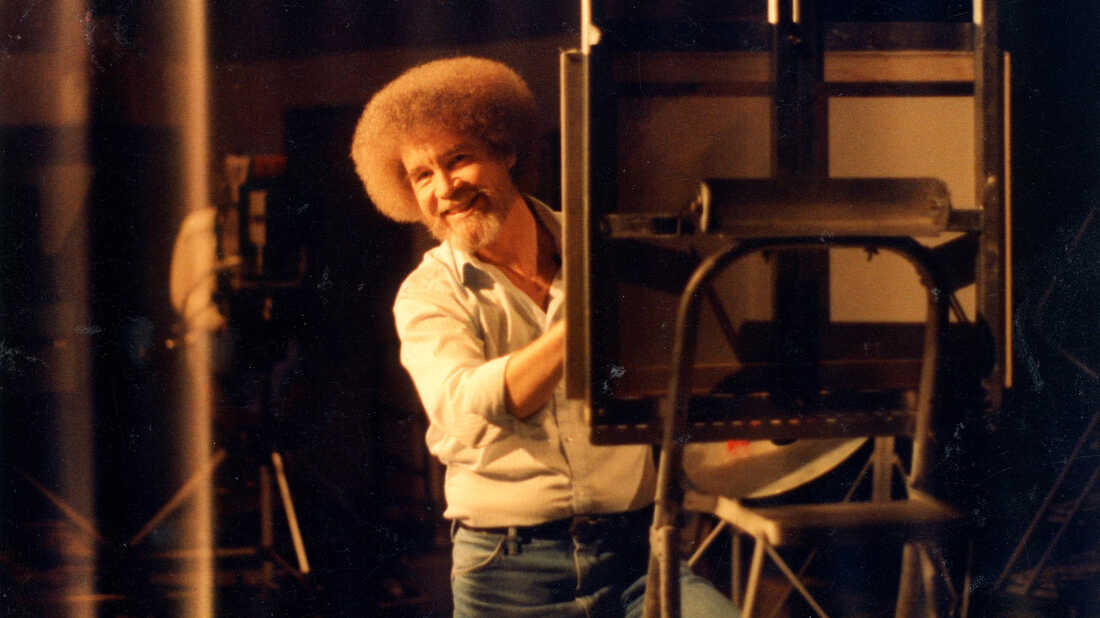 Bob Ross hosted The Joy of Painting for 31 seasons in the 1980s and ’90s. He died in 1995. The painter is now the subject of a new documentary, Bob Ross: Happy Accidents, Betrayal & Greed. Netflix hide caption 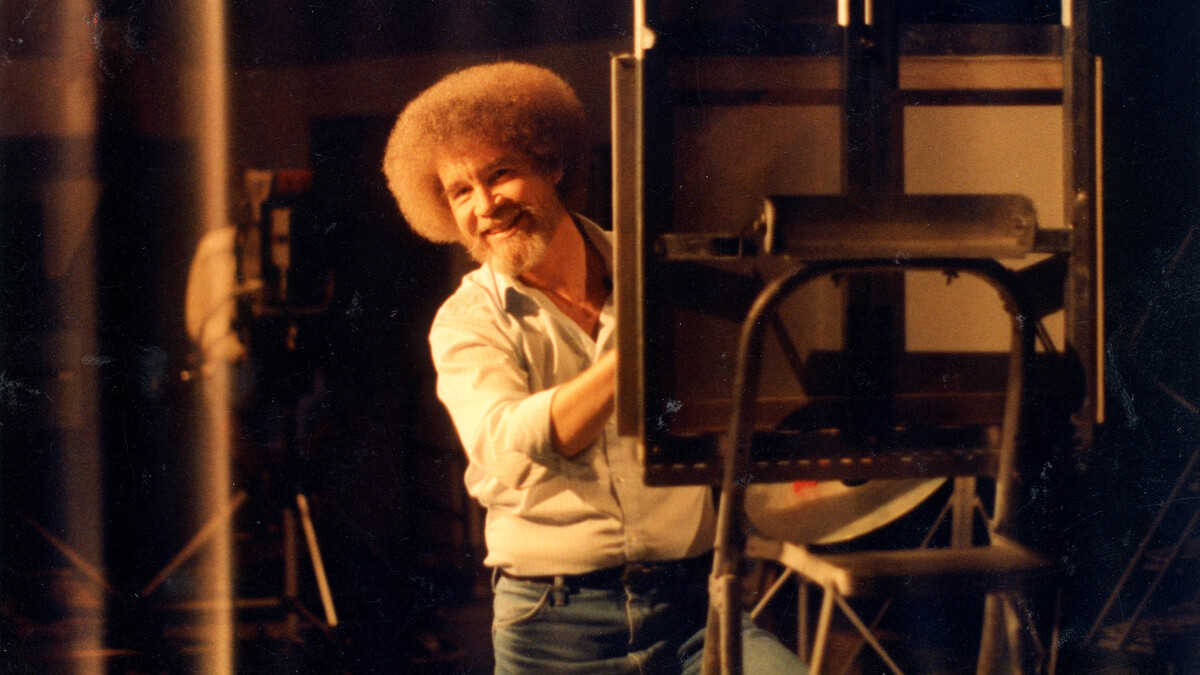 Bob Ross hosted The Joy of Painting for 31 seasons in the 1980s and ’90s. He died in 1995. The painter is now the subject of a new documentary, Bob Ross: Happy Accidents, Betrayal & Greed.

Actor Melissa McCarthy and her husband, filmmaker Ben Falcone, were big fans of Ross and decided to produce a documentary about his life. But as they began working on the project with filmmakers Joshua Rofé and Steven Berger, they quickly realized their subject — and the legacy he left behind — was more complex than they knew.

From the outset, the filmmakers found that very few people were willing to speak with them about Ross, for fear of litigation by the owners of his estate. McCarthy says Rofé and Berger told her they had rarely encountered such hesitancy and refusal.

“That was when we sort of figured out, oh, boy, this might be a little different than what we thought it was going to be,” Falcone says.

“When someone is an artist, no matter what their medium is … there’s a business behind it,” McCarthy says. “And I would venture to guess that business is always much more complicated than the personality that they lead with.”

Despite the legal roadblocks, McCarthy and Falcone moved ahead with the film — Bob Ross: Happy Accidents, Betrayal & Greed will be released on Netflix on August 25.

On the success of the Bob Ross brand, past and present

Falcone: It was pretty huge and actually it continues to be so amidst the confines of a pandemic.

McCarthy: Way before we started the documentary, Ben’s mom gave us a toaster that literally burns the impression of Bob Ross into our toast because we liked him so much.

Falcone: Bob became kind of a rock star of his time … this guy who just had sort of a simple beginning, he really reached the top of a field that nobody even really knew was that much of a field. …

McCarthy: His range was very unusual. I can’t think of someone else that was enjoyed by people across such a wide spectrum.

On what they learned about Ross as a person

Falcone: If you do a quick Google search, what you’ll know is that he was in the military. …

McCarthy: He said when he left the army, that was the last time he wanted to raise his voice.

On Ross’ business partners, Annette and Walter Kowalski, who were instrumental in building up the show and the artist, and who now lead Bob Ross Inc., despite litigation with Ross’ family

Falcone: Who owns it is basically the disagreement. …

McCarthy: Bob certainly wanted it to go to — most of the business — to his son. He left it to his son and his brother. And very quickly, that was kind of taken through litigation. And because at the time [Bob’s son] Steve was so young, Bob thought, you know, let’s have an adult still guiding him with where he’s going to take this company. … But he didn’t get to take hold of it at all.

We’ve never intended to set out and create a hit piece. We like Bob Ross and we still do. We were surprised to uncover some of the things we uncovered. … We found out things about him that we didn’t expect. Nobody’s perfect.

Falcone: That was why so many people didn’t want to speak to the filmmakers. Everyone’s afraid of getting sued. So, it’s definitely challenging. … Even as we’re having this discussion with you now, we’ve been kind of warned to keep to the basics, try not to get too into it because we will get sued.

On how Bob Ross comes across in the film

Falcone: We’ve never intended to set out and create a hit piece. We like Bob Ross and we still do. We were surprised to uncover some of the things we uncovered. And I think the filmmakers, Josh and Steven, really did a nice job of making kind of a complicated, balanced movie out of a character that is complicated. We found out things about him that we didn’t expect. Nobody’s perfect.

Jonaki Mehta and Sarah Handel produced and edited this interview for broadcast. Beth Novey adapted it for the Web.