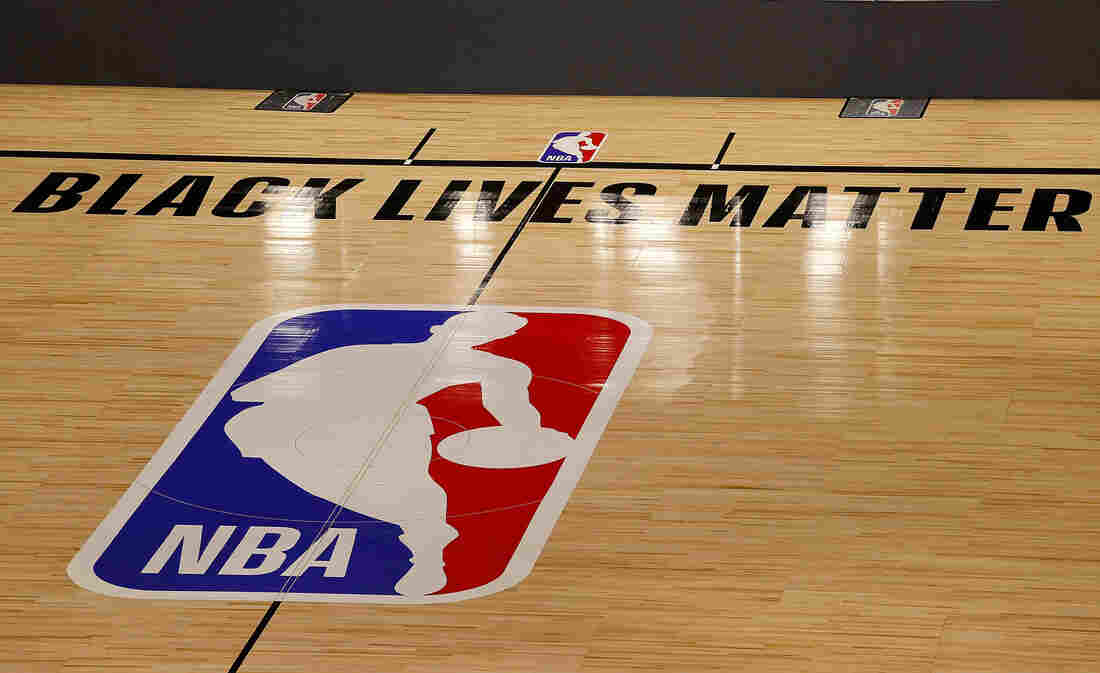 The Black Lives Matter logo is seen on an empty court as all NBA playoff games were postponed.

In response to the shooting of Jacob Blake, players on the Milwaukee Bucks — the NBA team near Kenosha and one of the favorites to win the NBA championship did something unprecedented — refused to play their playoff game. It was an unprecedented act of protest from players, and its impact was huge. Every NBA team slated to play also agreed to strike, as well as several Major League Baseball teams including the Milwaukee Brewers.

Strikes are not easy to pull off. They're confrontational by nature, because they force people to take sides. With no workers to keep things going, businesses grind to a halt. And they're hard on the strikers themselves, who don't get paid while they're striking and risk serious retaliation for walking off the job. And strikers often face lots of backlash; in the case of the NBA, the players came in for condemnation from sports columnists and, unsurprisingly, from the White House. So how do you sustain that level of dedication in the face of that kind of hardship?

In this week's episode, we talk about all the work that goes into making a strike effective by telling the story about one that went down a long time ago—one you might not have heard of.

Jahdziah St. Julien, who works for the Better Life Lab at the New America think tank, wrote about this strike a few months ago and joined us to help tell the story of the six Black women who organized and led the strike: Matilda Crawford, Sallie Bell, Carrie Jones, Dora Jones, Orphelia Turner and Sarah A. Collier. They were fighting for better treatment and wages, and they brought the city of Atlanta to a complete standstill by refusing to work. And the strategies they used in their fight for better working conditions has implications for future generations of organizers.

To learn more, listen to this week's Code Switch episode wherever you get your podcasts, including NPR One, Apple Podcasts, Spotify, Pocket Casts, Stitcher, Google Podcasts and RSS.

How Personalized Coaching Can Kick-Start Your School’s PD

SEL and Classroom Culture In an Age of Distance Learning