Are Colleges Partly to Blame for the Riot at the Capitol? 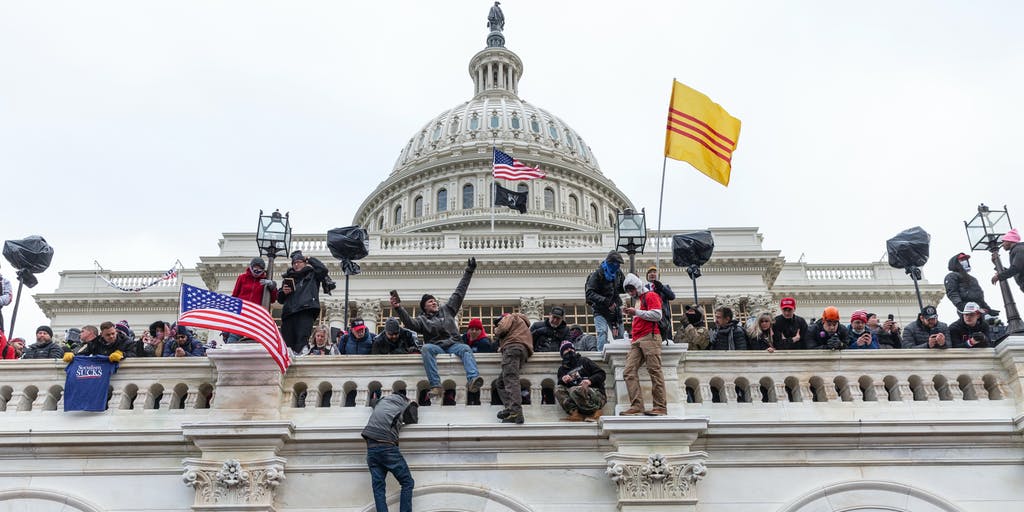 Since the violent riot at the U.S. Capitol a week ago, the nation has been processing, and trying to figure out what it all means and where to go from here. One question that has emerged: How can schools and colleges foster a stronger sense of civic education and engagement?

This week on the EdSurge Podcast, we talk with a history professor who thinks that not only can colleges do more to prevent future crises like this, but that higher education is also partly to blame for last week’s events.

Jeremi Suri, a professor of public affairs and history at the University of Texas at Austin, outlined that argument in an article published this week in the nonpartisan publication The Constitutionalist. We talked with him to learn more about his perspective.

Hear the interview on this week's EdSurge Podcast. Find it on Apple Podcasts, Overcast, Spotify, Stitcher, Google Play Music, or wherever you listen to podcasts, or use the player on this page.

EdSurge: What was your first reaction when you saw images of the mob of Trump supporters breaching the U.S. Capitol building last week?

Jeremi Suri: I was watching live the electoral count in the House and the Senate. Ass we were watching, we were getting reports both on social media and on television of these growing crowds. And it was sort of like a slow, slow avalanche occurring. And it just seemed more and more unsafe.

The first thought that came to mind was of terrorism of 9/11… They were using acts of violence to undermine the basic functioning of our democracy. It felt exactly like that. Seeing these individuals, carrying guns… wearing shirts mentioning Auschwitz, running into the Capitol. They weren’t trying to express a point of view. They were trying to stop the count of the electoral vote [certifying Joe Biden’s victory as president]. It felt like a terrorist attack.

In The Constitutionalist, you argue that universities are partly to blame for this unprecedented moment. What do you mean by that?

I think we are. And I want to say I’ve spent my entire career at universities, and I hope to spend another 50 years teaching and writing.

I love universities. I don’t want to be anywhere else. But I think we owe it to ourselves and to our students and to our society to take a long, hard look at ourselves. We are not the primary source of the problem in our society, but we’re a contributing source.

Our universities just in my own lifetime, since I was an undergrad in the 1990s, have become more professionalized, more corporate and more driven by money than ever before. It’s not to say that these were not factors in the past. But public and private universities every day have to fall over themselves to find new donors for money. And that’s more competitive every single day. They’re more competitive over rankings.

That’s not necessarily a bad thing, but what’s happened is that has crowded out the discussions about civic responsibility, about serving the public. That used to be more common and more central to our universities. It’s not that those discussions don't happen. It’s simply a matter of priorities. Most people running universities today spend very little time thinking about civic responsibility. They spend much more time thinking about budgets, thinking about the politics of their university and quite frankly, thinking about athletics. And my point is that that has infused our culture. It’s created a hyper-individualist materialist culture in our universities, more so than I saw when I was a student, just 20 or 30 years ago.

The title of your piece is “Elite Universities Have Promoted Destructive Republican Leaders,” but it sounds like you’re essentially arguing that they’re promoting a class of leaders across all parties that are not as civic minded as you think they should be. Is that right?

But I see colleges talking about how they’re helping create new leaders and people who will make a change in the world for the better—that’s even in advertising on billboards and radio ads. Don’t they still care about those things?

Of course. One of the points I make in the article is it’s in the mission statements of all the universities. That’s the ethos. But it’s sort of like talking about student athletes—When we all know that most Division I athletes don't have time to be students.

That aspiration is still there. I’m saying our institutions infused a certain culture and they incentivize certain kinds of behavior. And the way you get ahead today and the message you get once you’re in the university is to acquire as many skills as you can for yourself, make yourself into this super attractive person for different employers and go get employed, go make a lot of money and then give money back to the university. And that makes you a great citizen.

And you’re saying some of those citizens turn out to be Ted Cruz and others who you say encouraged the events of last week.

So many of the key individuals spreading the lie—and it is a lie—that the election was fraudulent were people who knew better than to use their platform as elite graduates of universities to give credibility to this lie. So [other] people started to believe this, not because a bunch of uneducated people were saying it, but because a bunch of educated people with credibility were saying this. And Republicans are not necessarily worse than Democrats, but they have exploited universities better.

Senators like Josh Hawley and Ted Cruz come through these elite universities. They use that privilege to develop networks, to raise money, to set themselves apart from others. And then when they get to the top, instead of honoring the values that those institutions are supposed to be about, they want to burn them down because it promotes them with the people who couldn’t get into those institutions.

These days you hear a lot about universities being too liberal and encouraging too much liberalism and progressivism that you say is not encouraged enough. How do you square that?

These arguments about left-wing indoctrination are without empirical basis, and they’re overstated. It is true that in many parts of universities you have individuals who tend to have a political leaning to the left. People who study climate are likely to be left of center. But there are other areas that don’t get talked about that are very far right of center. Go to a business school and [try to find] someone in a business school who's not a capitalist.

From The Fringe To The Capitol

In the Darkness, There Is Light: 6 Books That Shine Hope for Students and Teachers

In the Darkness, There Is Light: 6 Books That Shine Hope for Students and Teachers

The Young Leaders and UN Immersion Programmes are open for applications!

TEACHER VOICE: One teacher’s advice to help students not just survive, but thrive in remote learning

OPINION: How a new generation of students are responding to Black America’s echoes

If you’re feeling overwhelmed today, you’re not alone. Teachers across America are struggling with unprecedented levels of...