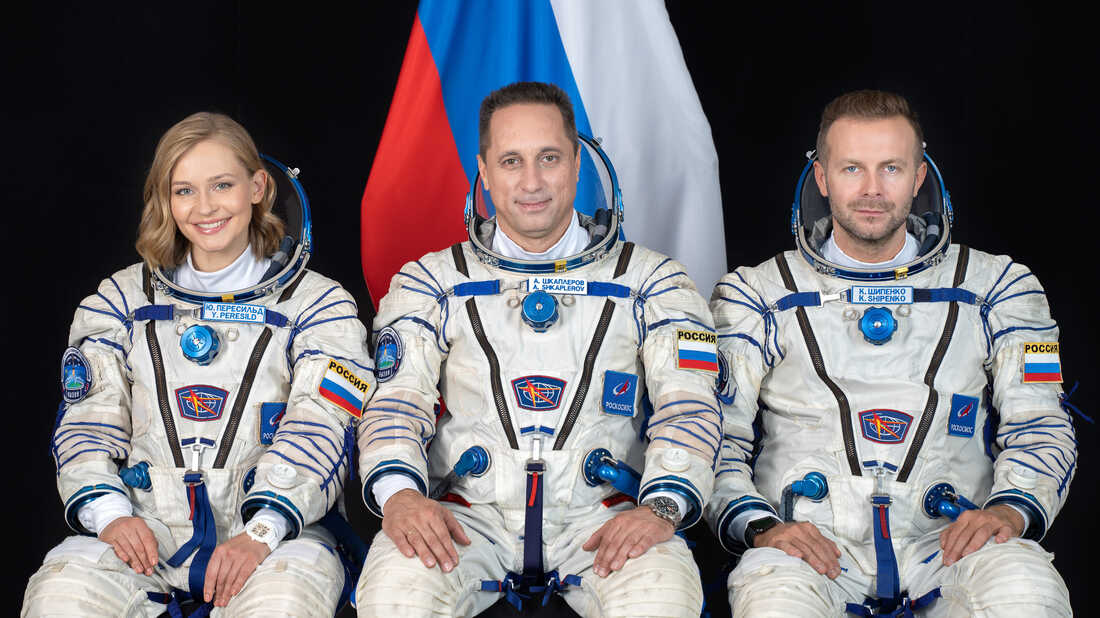 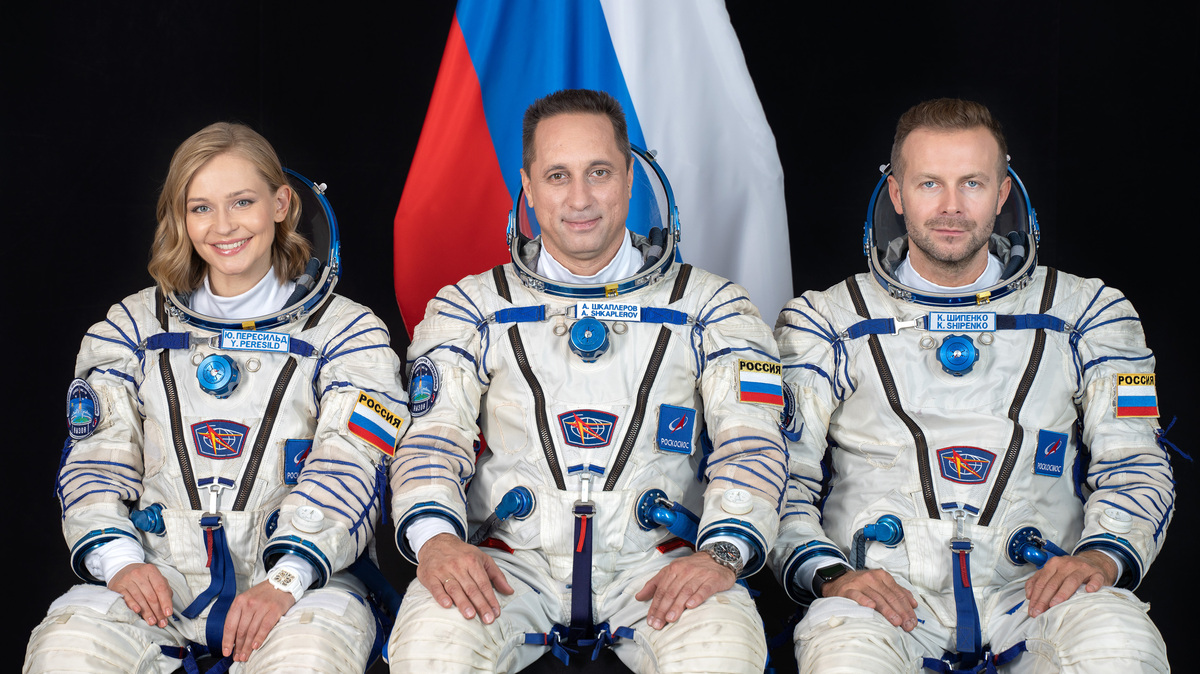 Cosmonaut Anton Shkaplerov (center), along with film director Klim Shipenko (right) and actor Yulia Peresild (left) pose for a photo ahead of the launch of the Soyuz MS-19 spacecraft to the International Space Station from Kazakhstan’s Baikonur Cosmodrome.

The set for actor Yulia Peresild’s next movie has limited gravity and is constantly traveling at a speed of 5 miles per second, but it does come with some incredible views.

The crew is traveling to the ISS to film portions of a movie called The Challenge. According to The New York Times, the film will be the first feature-length fiction movie shot in space. The movie will reportedly tell the story of a Russian doctor who rushes to save the life of a cosmonaut aboard the International Space Station.

The crew safely reached orbit after launching at 4:55 a.m. ET from the Baikonur Cosmodrome in Kazakhstan. They completed a two-orbit, three-hour flight to reach the International Space Station, NASA reports.

You can watch the spacecraft dock to the station’s Rassvet module through NASA TV coverage on the agency’s website, or below.

Hatches between the Soyuz spaceship and the station will open about two hours after the ship docks, allowing the Soyuz crew to join the others already staying at the ISS. NASA will have live coverage available.

Peresild and Shipenko will stay on the space station for 12 days before returning to Earth, with Shkaplerov planned to stay through next March.

The film crew may not have trouble finding space to film aboard the station — at 356 feet long, it’s roughly the size of a football field.

According to NASA, the ISS has six sleeping quarters, two bathrooms, a gym and a 360-degree view window.

Peresild isn’t the only actor to visit space this month. William Shatner will join the crew of Blue Origin’s New Shepard for a spaceflight on Oct.12. Shatner played the role of Capt. James T. Kirk in Star Trek and at 90, he’ll become the oldest person to have flown in space, according to Blue Origin.

Hollywood may soon reach low-Earth orbit as well: Last year, the NASA administrator at the time confirmed the agency is looking to work with Tom Cruise on a future movie filmed in space.

This story originally published in the Morning Edition live blog.