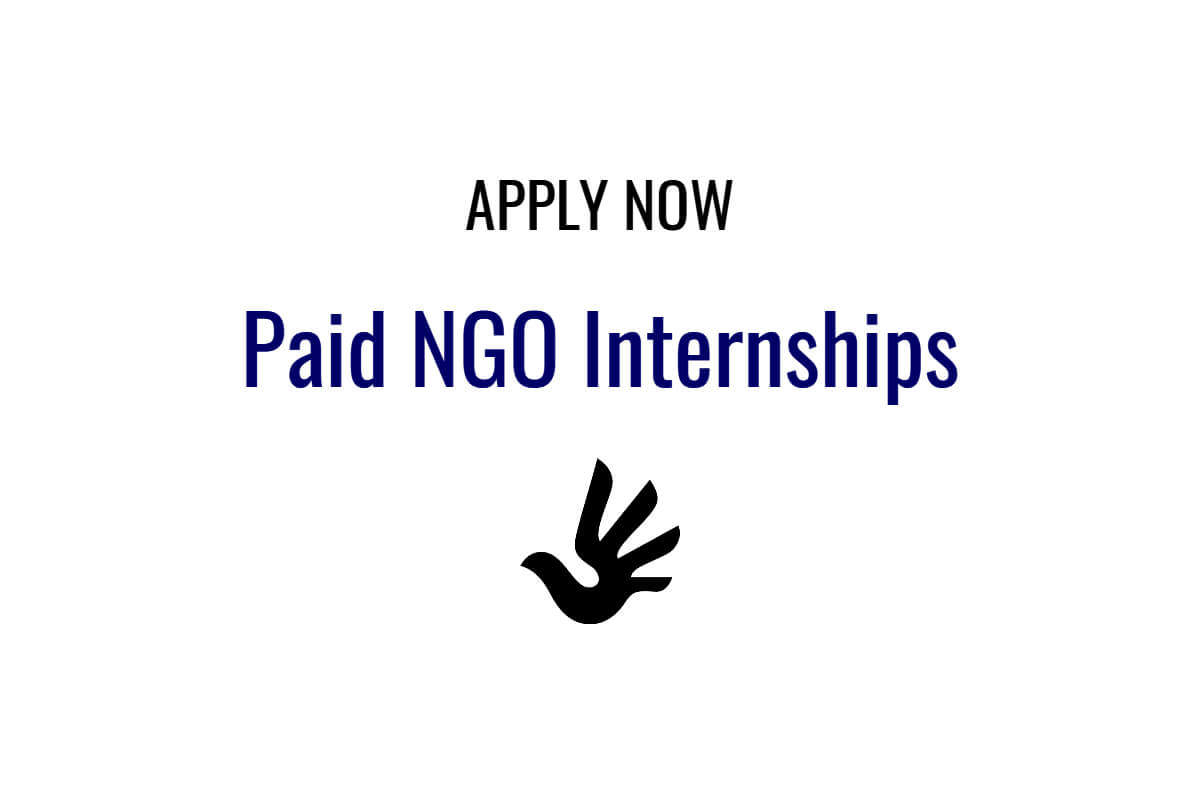 There are thousands of NGOs around the world focused on fields such as healthcare, food security, emergency services, education, and more. If you are interested in a career in human rights, getting early experience at an NGO is a great way to get your foot in the door. More internships these days are paid, which is good news for college and graduate students. Here are ten paid NGO internships you should consider:

Established in 1993, Civicus is an alliance of activists and civil society organizations committed to strengthening civil action and civil society. “Civil society” includes NGOs, protest and social movements, charities, trade unions, and more. Civicus has over 8,000 members in 175+ countries. They are based in Johannesburg, South Africa. Civicus alliance is part of the Pay Your Interns Initiative. In 2018, they paid a monthly stipend of $1,200 for a 6-month internship.

In 1979, a group of leaders met to explore how defenders of human rights of human rights can use information and communication technologies. HURIDOCS was officially established in 1982 and is committed to giving NGOs simple and effective tools to support their causes. Teams work in Africa, Asia, Eastern Europe, and the Middle East. Interns are provided with 500 euros per month for 20 hours of work per week.

Since 1988, the International Aids Society has been the world’s biggest association of HIV professionals. Members can be found in over 180 countries. The IAS is also the organizer of two of the world’s most notable HIV conferences. Internships are offered periodically. Based on previous internships, it appears that IAS pays interns a monthly stipend of 2,000 CHF for full time work.

This organization provides pro bono legal work and resources in the interest of protecting First Amendment rights and other rights of journalists. The organization has been around since 1970 and involved in essentially every major press freedom case taken to the Supreme Court. Internships are available to college students and recent graduates, as well as students currently in law school. Part-time internships, which consist of 16-20 hours per week for a school term) pay $1,500, while full-time (35-40 hours a week) pays $3,000.

Founded in 1915, WILPF engages in analysis, advocacy, activism, awareness-raising, and alliance-building. They hold Category B Consultative Status with the UN Economic and Social Council, as well as special relations and special status with other UN organizations. Internships are offered periodically for those wanting to learn more about WILPF’s areas of focus, such as peace and security, women’s human rights, and disarmament. The working language is English, while other languages are often a plus. WILPF pays a monthly stipend of 900 CHF.

WFP is a major NGO focusing on food assistance, whether it’s in an emergency or helping communities improve their nutrition.They assist over 85 million people each year in 83 countries. They frequently hire interns who are motivated and looking for practical work experience in food assistance. Applicants must be enrolled in a university (or have graduated in the last six months); completed at least 2 years of undergrad; and have a working knowledge of English. Knowledge of other UN working languages is a bonus. Internships usually last between 2-8 months with a monthly stipend that depends on the duty station. The maximum pay is $1,000 per month. The University of Oxford has awarded WFP with a Gold Standard Internship Host Badge.

AAAS is the world’s biggest multidisciplinary scientific society with individual members in more than 91 countries globally. The program encompasses ethical, legal, and human rights as it applies to science and technology. The program provides internship opportunities for undergrads, graduate students, and post-doctorates from science, engineering, and law fields. Internships last 12 weeks for a minimum of 4 days a week. In the summer, ungrad interns are paid $15 an hour, while and spring semester interns who work at least 24 hours a week are eligible for a monthly stipend.

Founded in 1981, the CBPP is a nonpartisan research and policy institute. They focus on federal and state policies that can reduce poverty and inequality, as well as encourage fiscal responsibility. Internships in the fall, spring, and summer are offered on occasion in areas such as Housing Policy, Food Assistance, Family Income Support, Health Policy, and more. Internships typically last 10-12 weeks. Compensation is on an hourly scale depending on where in school the student falls. Doctoral students can receive between $16-19; Master’s or Law degrees receive $17; graduate students receive $16; Bachelor’s get $15; and undergrad students get $14.

The American Red Cross is part of the global Red Cross volunteer network which is found in 187 countries. Their vision is to ensure everyone is prepared for disasters and when disaster comes, that anyone affected can receive care. The Red Cross has a formal internship program that’s year round and divided into seasons. Undergrad and graduate college students are accepted. Internships usually last 10 weeks. The Red Cross offers both paid and unpaid internships, so if you’re looking for paid, make sure the one you’re applying for specifies that. According to their website, paid positions usually require 40 hours/week for the 10-week summer program. They don’t list specific amounts on their site, but according to Glassdoor, it appears that the hourly rate falls between $10-$16.

ILGA is an alliance of national and local organizations supporting LGBTI rights. They currently have 1,500 member organizations in over 150 countries. ILGA represents these groups at the UN. The organization also conducts research and supports other organizations. Interns should have a higher education degree in a relevant field and be able to speak and write in English and another UN language. Other requirements include experience in NGO work or other activist work. Most internships are located at ILGA’s Geneva office. All internships are six months long. Interns are provided with a 750 CHF stipend each month.

According to Merriam-Webster, “racism” is the belief that race is a “fundamental determinant” of a person’s traits and abilities. This...

Race Forward is a social justice organization that catalyzes movement building for racial justice. They  envision ‘’a just, multiracial, democratic...

When the world recognizes human dignity, it’s recognizing that humans have inherent value. As a result, all people are entitled...

10 NGOs Advocating for Human Rights in the Philippines

At time of writing this article, there were over a hundred political prisoners in prison in the Philippines. Many of...

Labour rights (also known as worker’s rights) are rights related to the relationship between workers and employees. These rights are...

5 Hybrid Learning Art Activities You Have to Try