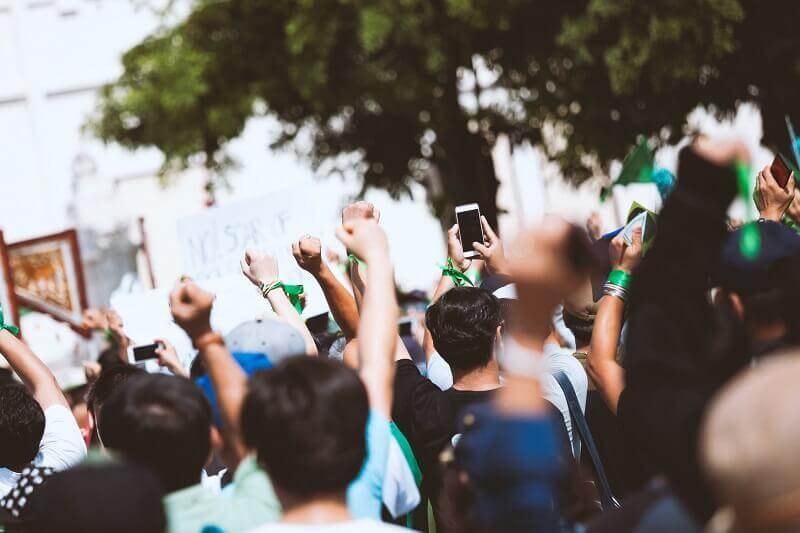 Race Forward is a social justice organization that catalyzes movement building for racial justice. They  envision ‘’a just, multiracial, democratic society, free from oppression and exploitation, in which people of color thrive with power and purpose’’.

They work with communities and other organizations to build strategies to advance racial justice in policies, institutions and culture. They conduct cutting edge research on pressing racial justice issues and focus on the significance of race in society. Their work also entails pushing forward the conversation on race in the media, mainly through their award-winning daily news site Colorlines, as well as advocating on complex racial justice issues in several other ways.

The Equal Justice Initiative (EJI) was established in 1989 by a popular public interest lawyer Bryan Stevenson to ‘’end mass incarceration and excessive punishment in the United States, to challenge racial and economic injustice, and to protect basic human rights for the most vulnerable people in American society.’’

EJI works with marginalized communities to change the narrative about race in America. They also provide legal representation to people who have been illegally convicted or abused in state prisons. They challenge the death penalty and excessive punishment, and provide assistance to formerly incarcerated people. Recently, they also have been creating memorials to address the legacy of lynching, slavery, and racial segregation.

The Transgender Law Center (TLC) is a trans-led social rights organization advocating for a world in which all people are free to pursue their lives as they wish. They change laws, policies, and attitudes so that everyone can live free from discrimination regardless of their expression or gender identity.

For almost two decades, TLC has been has been challenging the legal system to respect the dignity and humanity of transgender and gender nonconforming people. They believe in justice and liberation for all trans people, including those most impacted by the system they fight against such as imprisoned trans people, black and brown trans migrants, black trans women, trans people living with HIV, and trans youth.

Fair Fight works on promotion of fair elections in Georgia and around the United States by encouraging voter participation in elections and educating them about their rights. They bring awareness to the public on election reforms and advocate for election changes at all levels.

The National LGBTQ Task Force fights for freedom and equality of LGBTQ people. They work to build a future where everyone can be themselves in every aspect of their lives. To achieve this, they train and mobilize activists to deliver a free world.

Their advocacy team advocates on opportunities to advance full freedom, justice, equality and equity for LGBTQ people. They achieve this through queering the progressive movement and mobilizing the LGBTQ community and allies at places of intersectionality to end discrimination in housing, employment, healthcare, retirement, and basic human rights.

GLSEN was founded in 1990 by a group of teachers who knew that educators play key roles in creating affirming learning environments for LGBTQ students. Today, their network has more than 1.5 million members and includes students, families, educators and education advocates.

They advocate for comprehensive policies that protect LGBTQ students and students of marginalized identities. Their network spreads across 43 chapters in 30 US states, to ensure that they reach every LGBTQ student so that they are able to grow and learn in a school environment free from harassment and bullying.

Color of Change is one of the largest online racial justice organizations helping people respond effective to injustice in the world that surrounds them. It has around 7 million members moving decision-makers in corporations and government to create less hostile world for black people in America.

They lead campaigns to rebuild real power for black communities, through which they challenge injustice by holding political and corporate leaders accountable. They also conduct research on inequality systems and provide solutions for racial justice that can transform the world.

Communities United Against Police Brutality (CUAPB) was founded in 2000 in the aftermath of the police shooting and death of Charles Sanders. Since then, they became an organization that deals with police brutality on an ongoing basis.

They work on extreme cases of abuses, brutal police killings and other incidents. Their goal is to ‘’create a climate of resistance to abuse of authority by police organizations and to empower local people with a structure that can take on police brutality and actually bring it to an end’’. They provide constant support for survivors of police brutality and their families so they are able to reclaim their dignity and join the struggle to end this form of violence.

Brennan Center for Justice strives to uphold the values of democracy and stands for equal justice and the rule of law. They work to strengthen democracy, protect liberty and security and end mass incarceration.

Their programs focus on criminal justice, democracy, protection of fundamental freedoms and securing the balance of power. They conduct research to reach transformative solution and advocate and fight in courts with elected officials to advance legislations. They also act a cutting-edge communications hub by taking their message directly to the press and public.

Assata’s Daughters is a black woman-led social justice organization that works on organizing young black people in Chicago and providing them with political education, mentorship, leadership development, and revolutionary service.

They were formed in 2015 as collective of black women, gender nonconforming people and femmes, with a goal of addressing a shortage of programs in these communities. In 2018 they shifted to a formal organizational structure ‘’led by black women using a black queer feminist lens and relationship-based tactics to organize bases of young black people in divested-from areas of Chicago’’.

By Charles Emptaz in Hamdayet, Sudan  |  26 November 2020   |  Français Lezabu is frantic with worry. The single mother-of-three has not seen two...

Learn about the principles of humanitarian response to modern emergencies, the challenges faced in the field today and what we...

Privacy Law and Data Protection is a free online law course offered by the University of Pennsylvania in the United...

Gender-based violence on the rise during lockdowns

Mónica Pérez* met her first boyfriend when she was 16, not long after she stepped off a bus in the...

Alicia was sexually abused at the age of 18. Ten years later she was displaced after witnessing an assassination and...

Helping teens open up about their mental health