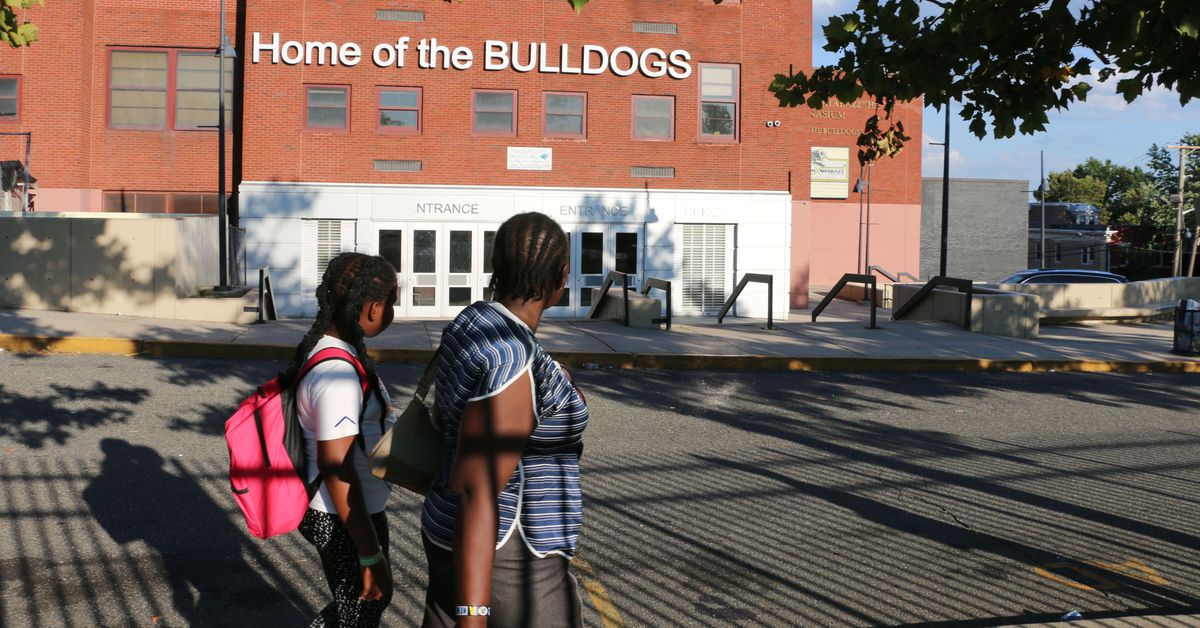 More than 1 in 5 Newark students were chronically absent from remote learning this fall, according to district data, meaning that thousands of students went missing from their virtual classrooms on a regular basis.

The troubling numbers come even as Newark has relaxed attendance rules during remote learning so that students don’t have to attend online classes to be marked present — they simply must check in with a teacher or submit a daily assignment. Yet even with that leniency, 22% of students were chronically absent from September to November, a 5 percentage point increase over the previous year, the data show.

The reported absenteeism rate means that nearly 8,000 students missed more than a week’s worth of class during the first three months of the school year. About 3,000 of those students were “severely” chronically absent, according to the district’s criteria, meaning they missed more than 9 school days — the equivalent of two weeks or more of class. If the pattern persists, those students will lose out on more than 30 school days by the end of this academic year.

Regularly missing school can be disastrous for students even in the best of times, leading to lower test scores and a higher risk of dropping out. Now, with the pandemic already disrupting students’ learning and daily lives, routine absences threaten to drag students even further behind and erode their already tenuous connection to school.

“How are we planning to alleviate some of that learning loss for our students who have been chronically absent?” asked school board member Asia Norton at last month’s board meeting. “Some of them have missed days, weeks, potentially months of school.”

While steep, the official absenteeism rate actually undercounts the number of students who don’t show up to virtual class, some teachers told Chalkbeat. State guidelines designed to give students some leeway during remote learning have inflated the attendance figures, they said.

“They tell us to mark them present even if they’re not here,” said a high school teacher who spoke on the condition of anonymity, noting that students at her school can miss all their classes yet still be marked present by signing an online form. “That’s why a lot of the numbers are inflated.”

Many schools improved remote attendance over the course of the fall, with the district-wide absenteeism rate dropping from 31% in September to 23% in November. During the same period, the percentage of students who rarely missed class grew by 10 percentage points to 65% in November.

LaToya Jackson, whose son is a sophomore at Shabazz, suggested some reasons why students might be missing class based on her own child’s experience.

For one, she said it’s tough for teenagers to stay motivated and focus on virtual school after 10 months out of the classroom. Some students with special needs have struggled without the full range of support services they would receive in school buildings, Jackson said, adding that her son has not received his usual speech therapy this school year.

Finally, many students have been frustrated by tech challenges, including outdated school-issued laptops and weak wireless connections. Jackson said her son missed three school days last week because his school laptop had to be replaced.

“There are some teachers that are actually trying to help him,” Jackson said. “But if we have to go any longer with this, then we need some solutions.”

Student attendance has slipped nationwide during the pandemic as students contend with limited internet access, daytime jobs and babysitting duties, and the distractions that come with learning from home. To help students show up, the Newark school district loaned out thousands of laptops, while individual schools have sent prizes to students with perfect remote attendance and texted, called, or visited those who are frequently absent.

In Newark, the district also eased attendance requirements to such an extent that students can be marked present without attending class in real time. District officials say that policy allows students who can’t make it to class during normal hours to catch up later, and they note that state guidelines encourage such flexibility.

“Student attendance is being recorded according to NJDOE guidelines,” said spokeswoman Nancy Deering, referring to the New Jersey Department of Education. She added that schools “are aggressively monitoring and strategizing on how to address attendance during remote instruction.”

The state’s pandemic guidebook suggests that schools consider “creative, flexible solutions in attendance monitoring,” adding that some students may need to do remote learning in the evenings because of parent work schedules.

Schools might have had additional reasons for relaxing their attendance policies. A teacher at one of the city’s comprehensive high schools said administrators told staffers this fall that if attendance rates did not improve, the school could lose funding and be forced to cut jobs. In response, staffers started marking more students present.

“Because September numbers were too low, the methods of collecting daily attendance were greatly modified,” said the teacher, who requested anonymity to avoid retaliation.

Now, a student can check in with a teacher in the evening and be counted present for the entire day, or submit classwork days late and be retroactively marked present on the day it was due, the teacher said.

The teacher said she appreciates that the attendance policy shows students some grace and does not penalize them for missing class for reasons they can’t control, such as unreliable Wi-Fi or glitchy video platforms. But the downside is that no one may have an accurate count of how much instructional time students have lost during the pandemic.

“My concern is that if that’s the only data we’re putting out there,” she said, “people aren’t really aware of how much class time is being missed.”

Schools Are a Lifeline for Homeless Students. COVID-19 Is Severing the Connection.

Top 5 MOOCs to Learn More about Human Rights in 2021

Could addressing dyslexia boost literacy in Michigan? Some lawmakers want to find out.

OPINION: The Biden administration has a real chance to boost early childhood education

The Right to Protest

Another Pandemic Semester Is Underway. Here’s What Students and Profs Learned From the Fall

Flinn Scientific, a flagship provider of science lab materials and safety and STEM solutions for the K-16...